SELCO: “Sometimes the path between “…let’s forbid them to talk freely” to “…let’s erase them” is short and fast.” 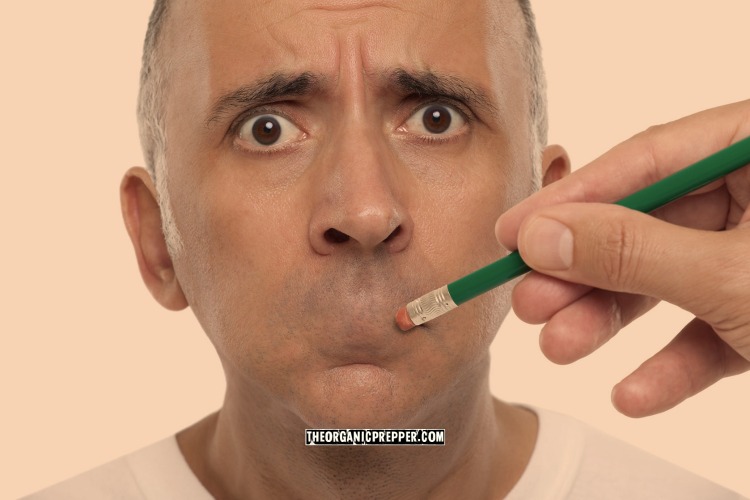 One of the most common questions I hear is where we are all heading?

In some way, you are in the place where I was 30 years ago, so I can actually “feel” how are you feeling.

It is a time where and when polarization among people is so strong that you actually can sense “blood” in the air. At the same time, there are new hopes, new leaders, new great promises, changes, and what-not that for some might look like new times are coming.

All that is usually just crap.

From my experience whenever great promises are in the air together with strong polarization among people that usually means common folks (like you and me) will lose a lot and will be left to ask themselves later, “What was all this about?” Because there is history and there is what actually happened.

In other ways, these times are different, so new factors are involved.

What you call “canceling” is similar to something that has happened before.

“Blacklists” or “blacklisting” is a phenomenon that is not new, not at all, but what is different now is fact that we live in a time when everybody is constantly “plugged in”, online, hooked on a constant run for fresh news and similar.

We are conditioned to look for new info all the time, breaking news, newest event or research, it is not even important that a lot of that is simply fake or a spin on the same story. For the majority of people, the most important thing there that they are constantly “plugged in”.

Now, add to the fact that we are being ruled by the media, and the media is being ruled by whoever has more power or a more popular agenda. In short this “blacklisting” is brought to perfection in your current setting.

The wrong kind of perfection.

How free is your speech really?

So, who can tell me how free speech is actually when someone is telling you what is wrong or right to say?

Does anyone remember history classes about the rising of the Nazi party in the 20s and 30s of the 20th century, when kids were indoctrinated by rulers to “snitch” on their own parents if their mom or dad talked something against the ruling(Nazi) party?  Do you remember how all that indoctrination eventually ended?

All this might sound like an overreaction to you, BUT sometimes the path between “they are wrong, let’s forbid them to talk freely” to “they are less valuable, let’s erase them” is short and fast.

And it’s not even about the political option, party, or view. I think the polarization and hate and fear is at that level when it is not important who rules anymore, because most of them will choose a similar path.

Things have gone too far.

The Preppersphere is in a mess and there are several reasons for that.

Preppers don’t want to be portrayed as “troublemakers” and end up on one of those “blacklists”, to end up being labeled as even terrorists, to be stripped from online platforms, and practically to become invisible for people.

Some simply do not know what to do, because they actually do not understand what is happening. All that they did for years, practicing and preaching, turned out to be wrong. To be more accurate all that they believed for years was complete nonsense, and reality turned out to be much worse. It is not fun for them. So they do not actually have anything to offer. They prepared for the wrong scenarios.

And finally, some are dealing with a combination of both of the above.

What to expect in the future

Based on what is happening everywhere what we are gonna see in the near future is simply a “slow-burning” SHTF, where there is no major event that we can clearly see. In reality, we have been experiencing those major events for last year or more, but it may not seem like that. That’s because we are those frogs in water that is being slowly warmed up over time.

We are living a “new normal,” but it is not normal. However, because it is stretched over a period of time it becomes the new normal.

It is kinda paradoxical, but the transfer from that slow-burning SHTF time to a full-blown SHTF will probably be caused by some minor event.

For example, we are living in lockdowns, very controlled societies, freedoms are being denied… and it has become the new normal. Then one day some small event, like a small town protest, will cause that huge transition to a full-blown SHTF.

“Keep your powder dry” is one of those cliched statements that I never approved of too much, simply because it is so stereotypical. BUT I think we have finally reached the day when I can freely use it.

“Plugging out of the system” as much as you can is something that I strongly advise at all times, and now I advise it even more strongly, because (another favorite cliche) “time is short.” I do not mean here only about watching carefully about what you post and where on social networks. I mean about pushing yourself to be less dependent on the system.

It is better to do it and practice it now while the system is still there.

There is a growing tendency that the system will simply be more oppressive. It may not be the same depending on the region of the world where you live, but it is a global tendency

It is time to pull away from that system and to be less dependent on the comforts that the system offers.