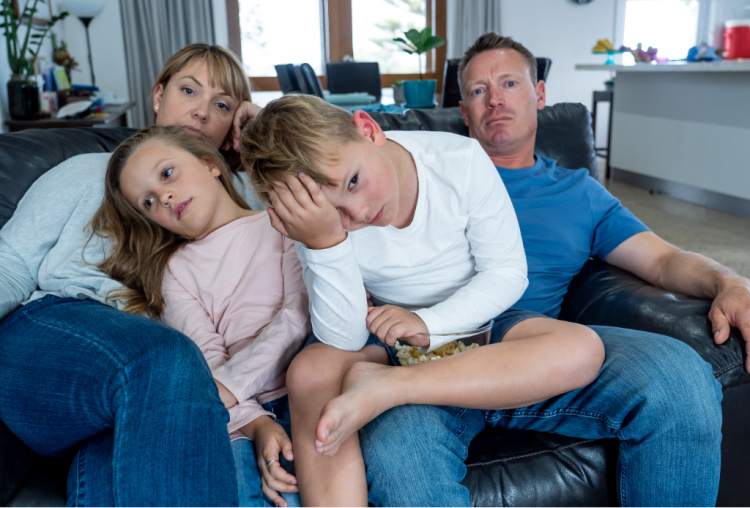 2020 has certainly been quite a year so far, and a defining one for the preparedness movement. No longer are our stockpiles of rice, beans, and hand sanitizer objects that make us strange. Our stashes of TP would make us the envy of the neighborhood if, of course, anybody knew we had it.

So many of the things and beliefs that made us figures of mockery in the past are now proving their value. We’re learning, with a mixture of relief and perhaps dismay, that we weren’t so crazy after all.

When the first lockdown began, we weren’t out there emptying the shelves in the frenzied throng (even though we’re the ones who got blamed for it.) We were watchful but for the most part, comfortable with our preparations. We understood before things went sideways that extended events can result in civil unrest, crime sprees, and chaos. We realized that we could be facing shortages.

And then time went on.

This has been a year in which so many things have occurred that proved preppers have things right that it’s positively exhausting. We’ve had a pandemic, civil unrest, food shortages, increases in crime, exorbitant unemployment, and we’re facing an economic collapse, or at the very least, an economic crisis.

Maybe everyone doesn’t feel this way. Maybe you’re perfectly fine and you live on your back 40 and have been completely untouched by any of the above-mentioned crises. Maybe your finances are just fine, you never got out much anyway, and you’ve still got 8 years’ worth of food socked away to supplement the things you grow. Maybe you’re reading this as you spin goat hair into yarn from which you’ll make this year’s mittens. Maybe you have no relatives, friends, or loved ones in the path of danger. Maybe your area isn’t prone to a single natural disaster.

If this is the case, I salute you. I really do. Good for you.

But for most of us, this is not the case. A lot of us are tired.

And I mean tired.

I’m sure there will be plenty of folks in the comments who say, “Daisy Luther is such a whiner” but whatever. I’m just going to come right out and tell you how I feel about this.

This year has been difficult.

My life changed completely. The lives of people I love changed completely. I lost some people I cared for deeply to the virus. I watched people in my family frolic around blithely ignoring the virus for which they’re in a peak risk group for death. I watched my country get torn asunder by everything from the pandemic response to racial injustice to perceived insults or losses of rights. I have a family member who lives in a riot zone but due to work and finances, can’t just relocate. (Although those folks on the internet always make it sound so damned easy to just quit your job then up and move to the boondocks to raise sheep.)

I have friends who have developed such extreme political views on either side that I don’t even know what to say to them anymore. I still love them. I still know they’re good people or we wouldn’t have been friends in the first place. But what the heck, y’all?

Then we’ve got hurricanes and the worst wildfires ever in history and floods and droughts and snow in September and murder hornets and the Olympics got canceled and there was some radiation leak in Russia and police brutality, which you will say is alleged or real, depending on your personal perspective. Oh yeah, and the US Postal Service has gone to heck, a lot of kids can’t go back to school so they’re surfing the net while they’re supposed to be “distance learning” online, and Netflix is playing a child porn movie to prove that kids are getting sexually exploited. Our system is going downhill on a greasy slide.

Our presidential candidates are (in my humble opinion) like a choice between your favorite sexually transmitted infection, syphillis or gonhorrhea. And regardless of whether syphilis or gonorrhea wins, all hell’s going to break loose (or break looser because it’s already pretty freakin’ bad in a lot of places) before and after the election that may not even happen the regular way because of the pandemic.

And we preppers who were ready for an emergency are sitting here scratching our heads thinking, “Heck fire, I wasn’t actually prepared for ALL OF THE EMERGENCIES AT ONCE.”

And it’s going on and on and on.

And that’s the other thing.

This stuff is going on and on and on forever. Ad infinitum. We are still in the middle of a global viral outbreak that we don’t completely understand and lots of places are still under major restrictions. A lot of folks don’t have their jobs back and a lot never will. We have been dealing with this particular disaster since at least February and the mental toll of dealing with the restrictions, the loss of income, the isolation, and the loss of freedom has been harsh for many people. There are folks who are just plain mad that they didn’t get the apocalypse they signed up for and they haven’t gotten to shoot any marauders and quite frankly, lockdown is boring as heck.

When we were prepping for all this stuff most of us never expected that our families who were also prepping for this stuff might not be on board with this specific scenario. We never thought we’d have to argue with children and spouses and friends and lovers about things like quarantines and masks and not eating all five years’ worth of the good snacks like Oreos in the first 6 months. We didn’t consider that we might not be able to replace our Bluetooth headsets or that we’d need them for work or that we’d have to have our offices in our homes or that our kids’ teachers might see their BB guns in their bedrooms and send the SWAT teams after us.

We can’t go to church but we can go to riots. We aren’t supposed to travel yet mysterious busloads full of “protesters” show up in other states and that’s just hunky-dory. The borders are closed except they’re not really and the restaurants can’t serve you except they can sort of and we can’t go to the beach but we can line up for a vaccine once the promised injection, untested for long-term side effects, is ready.

This is the worst apocalypse ever because it’s so dad-gum boring and it’s going on for-freaking-ever. That’s the thing that nobody warned us about. This monotony just goes on and on and on. It would be one thing if we were out there fighting for resources but in reality, we’re all just standin’ in line at Wal-Mart with our masks on waiting for our turn to get zapped with a thermometer to see if we are allowed to go inside. If it weren’t for wifi we’d all be crazy by now. Or – let’s be real for a moment – maybe it’s because of wifi so many people are crazy right now. Social media is a jungle – an outright vicious and bloody jungle – and may the most audacious mofo win because those of us who still retain our human decency are not going to be able to hang with the people out there flinging wild ungrounded insults like poop in the monkey cages at the zoo.

And folks – I hate to say it but we’re still on Round One.

We never really expected that a huge part of survival would just be waiting and adapting to the new world around us. Not this new world anyway. This isn’t one we can shoot our way out of or buy our way out of or wait our way out of.  We have to adapt to the new economy, the new precautions, and the new suspicions. We have to adapt to a different type of supply chain.  We have to move into survival mode as we watch civil unrest and riots break out in the most unlikely places, although it’s not really the survival mode we ever expected. We have to adjust to the nearly constant state of offense and unrest. We’re going to have to teach our children to be bold and fearless despite a system that wants them to be afraid. We’re going to have to forge a path through a labyrinth that is nothing like the one we expected when we began prepping for serious events because this event was so wildly unpredictable that nobody could have seen it happening the way it did.

But this is what we do.

The way this unfolded isn’t the disaster any of us expected but it’s the hand we’ve been dealt. How well we’re able to handle it will tell us a lot about how mentally prepared we actually are. How we manage our friends, families, and expectations will help us determine how things might go in a future, more Mad-Max variety of apocalypse.

Take this as the learning experience that it is. And don’t be lulled by the boredom into a false sense of security.

Because this is not over. Not by a long shot.

It’s going to be a long haul, but we’ve got this. I don’t know if you’re feeling the same way that I am, but just in case you are, I wanted you to know – you’re not alone.