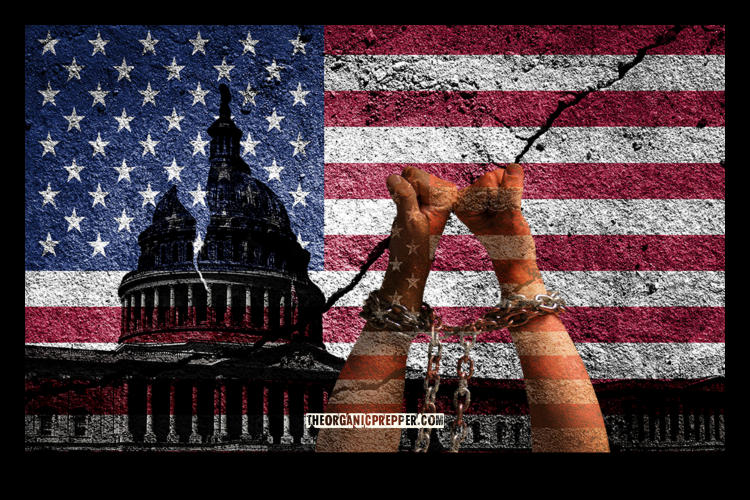 As the Western “ruling class” begins to tighten its grips and clamp down on those they see as a threat, Big Tech, Woke Corporate Media, and Government are all exercising their full power to bring the hammer down on dissent. This is why on January 27, the Department of Homeland Security issued a new National Terrorism Advisory System Bulletin detailing a new and intensified “threat” of “Domestic Violent Extremism” following the Biden inauguration and subsequent weeks.

Here’s what the DHS advisory says.

The Acting Secretary of Homeland Security has issued a National Terrorism Advisory System (NTAS) Bulletin due to a heightened threat environment across the United States, which DHS believes will persist in the weeks following the successful Presidential Inauguration.  Information suggests that some ideologically-motivated violent extremists with objections to the exercise of governmental authority and the presidential transition, as well as other perceived grievances fueled by false narratives, could continue to mobilize to incite or commit violence.

The Bulletin doesn’t provide any actual evidence of the impending or potential attacks but it does go into some detail as to the type of attacks or violence that might be expected, the political ideologies behind those acts of violence as well as the targets.

While the majority of ideological positions allegedly poised to commit an act of violence are geared to the right, it is important to notice that some are traditionally associated with the left as well. In other words, it seems DHS is worried about anyone not overwhelmingly pleased with the government’s recent performances on Constitutional rights, immigration, or police brutality.

The Bulletin follows up by encouraging citizens to report “suspicious activity” to the FBI, local law enforcement, or their nearest Fusion center.

This bulletin is particularly concerning considering the fact that the US government is attempting to pass the Domestic Terrorism Prevention Act of 2021, which I wrote in one of my last articles is essentially the criminalization of speech, expression, and thought. It takes cancel culture a step further and all but outlaws unpopular opinions. This act will empower intelligence, law enforcement, and even military wings of the American ruling class to crack down on individuals adhering to certain belief systems and ideologies.

Not everyone in Congress thinks half the country is a domestic terrorist.

Recently, Congresswoman Tulsi Gabbard expressed her opposition to the bill by pointing out that it essentially criminalizes half the country. She said,

She continued: “When you have people like former CIA Director John Brennan openly talking about how he’s spoken with or heard from appointees and nominees in the Biden administration who are already starting to look across our country for these types of movements similar to the insurgencies they’ve seen overseas, that in his words, he says make up this unholy alliance of religious extremists, racists, bigots, he lists a few others and at the end, even libertarians.”

This is just the tip of the iceberg.

Make no mistake, the new DHS bulletin is just the tip of the iceberg as we move forward into the Brave New World of criminalizing speech, expression, and even thought. Unfortunately, there are masses of Americans who willingly march right along the path to total enslavement, all the while claiming they are the freest nation on the face of the earth.

What are your thoughts on this bulletin? Is there an actual threat of “domestic violent extremist terror?” Do you feel that investigative efforts will be focused on in an unbiased fashion or that there will be political targets? Let’s discuss it in the comments.

Robert Wheeler has been quietly researching the world events for two decades. After witnessing the global network of NGOs and several ‘Revolutions’ they engineered in a number of different countries, Wheeler began analyzing current events through these lenses.