The Second Lockdown Is HERE 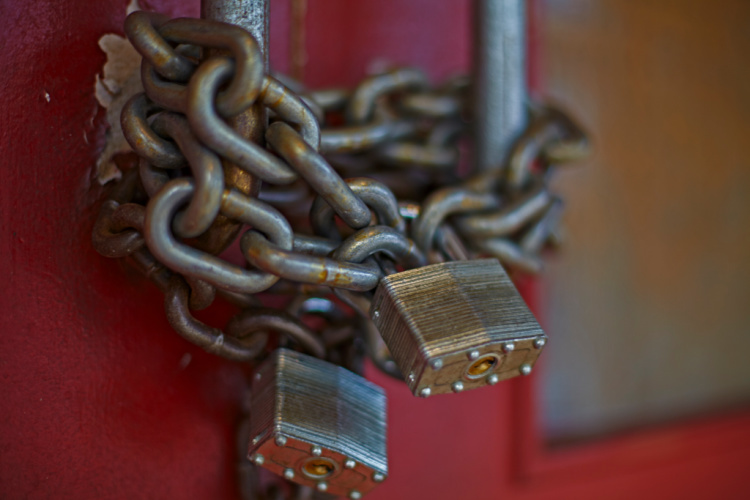 Almost half of the United States has again restricted movement and called for measures to slow down the spread of COVID-19. After a week straight of more than 100,000 cases per day being diagnosed across the country, the second lockdown of America has begun.

It’s important to note that it doesn’t really matter whether you personally believe that COVID-19 is risky or not. The issue that all of us face, regardless of our own belief system, is that another round of lockdowns is coming. And if you think the last lockdowns damaged the United States, Round #2 has the potential for even more extreme repercussions.

Consider this your early warning to go pick up any last-minute supplies at the store while you still can.

These are the states that have instituted new lockdown measures.

Best Life Online reports that governors in 22 states are beginning to enforce measures like curfews and the closures of “non-essential” businesses. If you live in one of the following states, you may find that restrictions are increasing quickly.

Go here to get the details for each of the states mentioned above.

Edited to Add: After the publication of this article, Oregon announced a two-week “freeze”:

Oregon Gov. Kate Brown ordered a two-week “freeze” starting Wednesday, under which all businesses will be required to close their offices to the public and mandate work-from-home “to the greatest extent possible.”

While most Oregon stores will remain open, gyms, museums, pools, movie theaters and zoos will be forced to close, and restaurants and bars will be limited to takeout. Social gatherings will be restricted to six people.

The Democratic governor warned that violators could face fines or arrest.

“For the last eight months, I have been asking Oregonians to follow to the letter and the spirit of the law, and we have not chosen to engage law enforcement,” Brown said. “At this point in time, unfortunately, we have no other option.” (source)

Remember that the last time the United States faced lockdowns, things started off gradually as well. It wasn’t long before Americans were asked to stay home “for two weeks to flatten the curve.”

Just in time for the holidays

Some states are already issuing guidance for the holiday season and making rules about how many people you can invite to your get-togethers. California Governor Gavin Newsom offered the following guidance for your Thanksgiving dinner.

Wow, that certainly sounds like a lot of fun.

“My personal advice is, you don’t have family gatherings – even for Thanksgiving,” the governor said as he listed off a number of smaller gatherings that have led to recent outbreaks across the state.

For those who are eager to earn their brown shirts early, you probably won’t have long to wait. I’m sure that some kind of system will be set up in certain states to make it easy for neighbors to snitch on each other in the event that one family presumes to invite more people to the Thanksgiving festivities than are “allowed.” This is a surefire way to further erode social trust if we aren’t already having enough issues in our communities.

We could be facing even more strenuous restrictions soon.

Currently, this is happening on a state-by-state basis, but it’s possible we could be looking at restrictions on a national level. When/If (depending on your political outlook) Joe Biden is inaugurated in January, it may not take long for an even more extreme lockdown to occur. But don’t worry, they’ll give you money.

Dr. Michael Osterholm, an infectious-disease specialist and a member of Mr. Biden’s recently appointed COVID-19 advisory team, spoke with Yahoo! Finance on Wednesday about measures the U.S. could take to curtail the virus’ spread. One option he said is worth considering: Imposing a four-to-six week shutdown of the country while providing workers, small business owners and local governments with hundreds of billions in financial aid to tide them over, he noted.

“We have a big pool of money out there that we could borrow, at historic low interest rates by the federal government. We could pay for a package right now to cover all of the lost wages for individual workers, losses to small companies and medium-sized companies, for cities, states, county governments,” Osterholm said in the interview.

It’s interesting to note that Dr. Anthony Fauci staunchly opposes another round of national lockdowns. Not only did the last lockdown cause massive economic problems and continuing unemployment, but it also caused a wave of mental health consequences that affected even prepared families.

Compliance will be an issue for the government.

According to a new Gallup Poll, published on November 11th, many Americans will not readily comply with a new round of stringent lockdowns.

About half of Americans in Gallup’s latest polling on the COVID-19 pandemic, 49%, say they would be very likely to stay home for a month if public health officials recommended it due to a serious outbreak of the virus in their community. This contrasts with solid majorities in the spring who said they were likely to comply with such shelter-in-place advice, including a high of 67% in late March/early April.

Another 18% of Americans say they would be somewhat likely to follow public health officials’ advice to stay home for a month, bringing the total inclined to comply to the majority level. But a full third say they would be very or somewhat unlikely to comply, about double the rate seen in the spring. (source)

Other countries have dealt with non-compliance through increasingly large fines and even the threat of jail time. It remains to be seen how the United States would handle such a revolt.

Get ready for Round 2

Some folks still aren’t quite cluing in on the fact that the second round of lockdowns has already begun. That means you can still acquire supplies if you don’t delay. If you are not already prepared, there’s no time to waste. Go here to get a FREE copy of The Prepper’s Workbook – the exercises in that PDF will help you get organized fast.

Remember last time around how quickly the shelves emptied?

Yeah. So will everyone else. Even the non-preppers.

So get out there and get prepped. If you wait until your state announces severe lockdown restrictions, it will be too late to really stock up because there will be purchase limits and angry crowds all trying to do the same thing. If you’ve discovered that shortages already exist, check out these less common places to get supplies. As well, here are some things to buy when the things you want are already sold out. Make sure you have food, water, prescription medications, hygiene supplies, and cleaning products. Use what you learned last time around to get better prepared this time.

We here at The Organic Prepper strongly urge you not to delay. Don’t rely solely on mail order. You may find a month down the road that your supplies are not coming. Shop locally, and shop now.

What’s happening where you live?

Do you have any advice for others? Is your area restricting activities or rationing supplies? Will you handle this round of lockdowns differently than you did the first? Share what’s going on in your neck of the woods in the comments section.