The information found on this website is protected by a Creative Commons copyright. That means that you are welcome to republish any content in part or in full in a digital format, but you must leave all links intact and provide full credit to the author with a link back to this website.

You can contact me at hello at theorganicprepper dot com.

Who the heck is Daisy Luther?

Back in 2010, I was in the corporate world and hating every minute of it. A job I once enjoyed had turned into a stressful grind that took me away from the things I was really passionate about. Like everyone else, I had unfulfilled dreams. I wanted to spend time with my kids. I wanted to do all those self-reliance projects I read about. I wanted to write books.

Most of all, I wanted to be independent.

Instead, I spent my days grinding my teeth and pretending like I actually wanted to be at the office.

Like most stories of dramatic change, it starts out sad. But hang in there. It gets way better.

It took death to rock my world and inspire me to change everything.

First, my beloved father died. One of the last conversations we had turned out to be the lesson that eventually changed my life.

“You know I love you, right?” he asked from his hospital bed.

“Yes, of course. You’ve never ever made me think otherwise,” I reassured him. He’d been asking me this continuously, wanting to be sure I knew this vital fact.

“Girl, tell me, what are you going to do with your life?” he demanded.

And it really hurt when he shook his head, “No you’re not. Writers write. You just talk about writing. If you want to be a writer, you have to write.”

The next day he was gone.

I was devastated, but I made the funeral arrangements and helped my mother get her bearings. Then, I went back home with my kids, dreading my return to a job I was beginning to despise.

This happened as the automotive industry was collapsing. To keep myself employed, I was forced to survive on significantly lower pay for more work as others were let go. My financial situation began to unravel. I’d spent more money than I was making traveling back and forth from Canada to the southern US during my dad’s terminal illness. But sometimes, you lose your handle on things like money during difficult times.

As a result, first, I lost my house.

Then, I had to return my car because I couldn’t make the payments.

Every single day during that grim time, I was thankful for the well-stocked pantry I’d built over the years because, despite the chaos going on in our world, the kids had full tummies and all the basic supplies they needed.

And then, just a few months later, everything got worse.

My children’s dad died. Suddenly. Shockingly. Gone at the age of 40.

My poor girls were reeling at the loss of their daddy. The only thing I wanted to do was to be there for them. I couldn’t fathom the thought of sending them to a babysitter or worse yet leaving them home alone to fend for themselves, while I busted my tail making ends meet.

In less than one year, the whole world was different.

And we had to change with it.

I took a leap of faith because “writers write.”

In what probably sounds like the most ridiculous idea ever, I left my full-time job.

I accepted a severance package from the company (who was downsizing anyway), cashed in a small retirement fund, and set about to live a different life.

I wanted to try everything.

I wanted adventures and experiments.

My preps had seen us through the most challenging year of our life.  We really wouldn’t have survived without them. I wanted to embrace all of those ideals that preppers set up for themselves.

I didn’t know how to do any of it. But I knew with every fiber of my being I was going to wholeheartedly embrace the chance to try.

But that wasn’t all.

I wanted to put my own special twist on the preparedness market.

I saw way too many unhealthy, unfit people planning to live off highly processed, chemical-laden food while tidying up using toxic cleaning products. I had been a long-time proponent of a healthy, organic lifestyle and I wanted to find a way to combine my passions: prepping, nutrition, and health.

You don’t change your life by being timid.

I had enough money put aside to sustain the family for a very frugal year. I decided to stop putting things off until the perfect time. I was going to move someplace dirt cheap and go for it. If I failed, I was just going to have to come back to the city, tail between my legs.

So ever since, I’ve been doing cool and unusual things that I probably have little business doing. 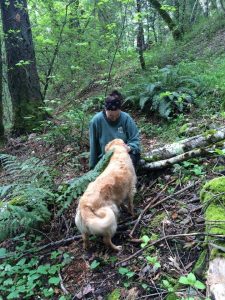 First, I packed my oldest girl off to college and took off with the youngest to spend a year living in a cabin with sporadic electricity in Central Ontario.

I got more adventure than I’d bargained for.

I learned that I didn’t know diddly.

For example, I had to learn to keep a fire going in the woodstove or, quite literally, die. When you’ve never built a fire in your life, this is harder than you might imagine.

During one exceptionally memorable storm, we got snowed in by a 7-foot drift and had to climb out the window of the house. (Thankfully, by this point, I was a fire-building pro.)

Then, to finance my own writing gigs, I spent three years working from home for an alternative media company, where I got to indulge my news junkie side every single day and get paid for it. (Here’s a little bit more on the snot-freezing, terrifying, what-the-heck-have-I-done reality of what it was like moving from city life to boondocks life.)

We headed back to the United States.

After that, I got to move to California to be closer to the headquarters of that company. My fledgling blog, where I wrote about both successes and failures, was building an audience. Apparently, lots of folks were looking for newsy, health-related prepping information.

I got the opportunity as a total farming newbie to spend two years homesteading in Northern California, where my office was my front porch. 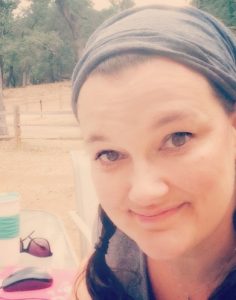 There, I killed a bunch of vegetables, managed to nurture some to harvest, and learned to raise animals, including chickens, ducks, goats, and even a baby deer.

While my oldest daughter completed her degree in Canada, I homeschooled my youngest in the US. My intrepid kid and I even went on a 7-week road trip around the perimeter of the USA to learn geography and history.

Why was my blog a success when many others aren’t?

Well, I’d like to say it’s my Pulitzer-prize-deserving mad writing skills and rapier-sharp wit, but it’s probably the following.

What did we do next? 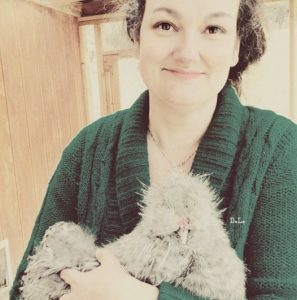 I have a penchant for trying new things. I no longer do freelance work. I write for my blog and churn out a few books a year for my small digital publishing business.

I have had a motley assortment of rescued dogs and cats, and sometimes a revolving number of chickens, goats, and ducks.

Our next grand adventure was doing some in-town prepping and homesteading in Virginia while my precocious youngest daughter started college at the age of 16.

I enjoy cooking, canning, hiking, shooting guns, traveling to foreign countries, and reading. Sometimes, I watch Netflix into the wee hours of the night, even when I know better. I’m a total introvert and I rarely charge my phone.

Then I went to Europe.

Most recently, I’ve run away from home. No, not to join the circus. My girls are all grown up, so I went traveling through Europe to do some research into SHTF events that have occurred there. At the same time, I get the pleasure of seeing the world. I grabbed a one-way ticket and I’m taking my time exploring and learning. (If you’re interested in travel, check out my Instagram dedicated to the current nomadic journey.)

I love to see new places and traveling creatively on a tight budget just adds to the adventure.

Before you write me off and say, “What the heck kind of prepper heads to Europe to gallivant around?” let me stop you. It’s awesome and I am learning some mad skills.

There is so much to learn from other cultures that can help you in nearly every aspect of preparedness and survival:

The ability to be flexible in your plans cannot be overestimated. The willingness to learn from those eager to share is a quality that will serve you well if things one day go badly in your world. Here are some of the things I’ve learned that relate to survival and preparedness since I began traveling.

Most of all, it’s good to be able to let go of some of the hustle and bustle of my life in the United States and just be a happy vagabond. A nomadic lifestyle actually is a valid preparedness option.

Covid and the restrictions that came with it took some of the wind out of my traveling sails. I spent several months crashing in my daughter’s storage room, then put my dogs in the Jeep and drove across the country to Mexico. 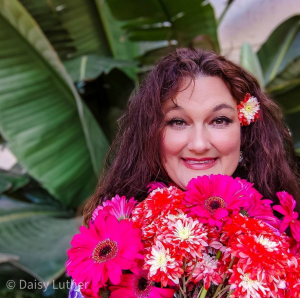 I’ve spent almost a year wandering around the coast, learning Spanish, getting some awesome tattoos, and upping those adaptability skills I mentioned above. And yes, there may have been a margarita or ten involved.

Living in a developing country has been a pretty fascinating lesson about what is essential and what is not. The poverty in some parts of Baja is extreme and there’s little in the way of a social safety net. At the same time, nobody is running around enforcing building codes and making sure you’re not growing tomatoes in your front yard. There are homes here without electricity and running water, but folks manage their sanitation and other needs. I feel very fortunate to be a student of life in this beautiful part of the world.

I’ve learned that you can cook with ocean water and save your drinking pure drinking water, how to make tortillas, and the fine art of bribery. I can also drive in crazy Mexican traffic without having a nervous breakdown.

And yes – there’s definitely crime and cartels are real. But nearly all of that can be easily avoided with common sense. (Don’t wander around downtown in the city in the middle of the night, avoid buying drugs or hanging out with drug dealers/users, and follow basic precautions.)

Where to find me:

Good luck. I don’t even know where I’m going next…oh, you meant online. 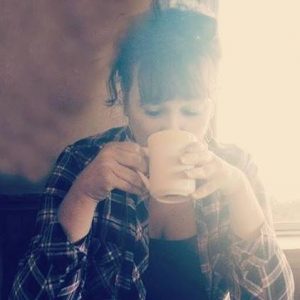 I’m the author of quite a few books:

I also have a whole bunch of books available only as PDFs which you can find here.

My articles are widely republished throughout alternative media, and I am a frequent guest on radio shows and podcasts. You can find more information about interviews and appearances here.

If you need to email me, you can reach me at hello @ theorganicprepper dot com.

You can find me:

You can find my media page here.