RESILIENCE: Here’s How Prepping HAS to Change 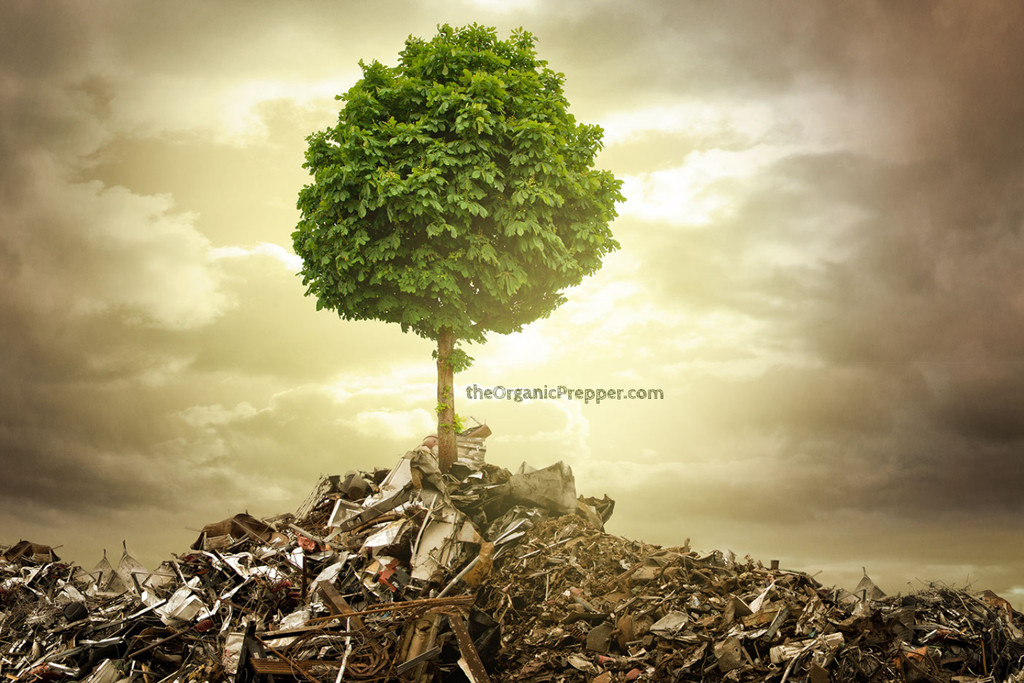 For as long as I’ve been involved in preparedness, it’s revolved around a combination of skills and stuff – but mostly stuff. Go to just about any website, including my own, and you’ll see gear reviews, cupboards full of food, flashlights, generators, and all sorts of…well…stuff.

But prepping has to change. No longer can we focus just on the “stuff” aspect, amassing things for our stockpiles and expecting that to save us. Instead, our focus should be on building the resilience we need to weather the unexpected. Because let’s face it – the future is looking anything but predictable.

Preparedness is entering a new era and if you want to be ready, you’re going to need to adapt. All of the things I’m going to talk about here have been mentioned in the past, but now they take on an entirely different level of importance.

Why is preparedness changing?

Lately, anyone who has turned on the news or opened a news website has been hit with a barrage of news that we never would have dreamed possible even a year ago. Cancel culture is in overdrive, a new administration is taking power, and innocent activities like stocking up on some extra cans of creamed corn are enough to make someone, somewhere point and wail, “Hoarder!”

While I will not delve into the politics of this, I think we are at a point at which the potential for civil war is increasingly high. Tempers are flaring and the media is busily fanning the flames.

Add to this the pandemic and subsequent restrictions. This has caused economic devastation for many families who can now barely afford this month’s bills, much less fund a stockpile run to Costco. And, there’s less to buy as our supply chain continues to devolve.

Over the past year, we’ve learned that bad things can really happen anywhere and that no society is above a collapse, especially when certain people are using a crisis to benefit themselves. We’ve watched some of the same events that led up to the collapse of Venezuela happen right here in the United States.

So, things look a whole lot different now than they did previously, making the following suggestions of the utmost importance.

Knowledge is something nobody can take from you.

No matter what happens to your carefully chosen supplies, regardless of where yourself when all hell breaks loose, and whether or not you plan to hunker down and make your stand, the importance of knowledge cannot be overstated.

Learning skills and retaining important information are two ways that anyone, on any budget, can become better prepared. Several of us have written about this topic. Learn more in the following articles.

It isn’t just the skills you need to learn. Retaining information is also very important. Your knowledge of a foreign language, a cultural difference, landmarks, random facts, or history could come in incredibly handy in the future.

Knowledge and skills are the backbone of resilience.

You still need some stuff.

At the same time that I’m telling you not to focus on stuff, I want to be clear and say that you do still need some stuff. Good quality basics like the items I keep in my bag and the ones Toby recommends that are often-overlooked are just a few of the tools you need to give yourself the best possible chances of survival.

As well, the more food and personal hygiene supplies you can stash away, the better off you’ll be. I have gotten many emails over the past year from people who told me that their stockpiles really saved their bacon when they lost their jobs due to pandemic mandates, or when they could no longer make a living for other reasons last year. I’ve experienced the same thing myself. Back when I got laid off from my job for several months, the items I had on hand in closets and pantries fed us, kept us clean, and even provided some birthday gifts. I didn’t have to spend my very limited money on food for months because we had plenty.

So as far as stockpiling is concerned, do what you can. Here are a few resources.

Every single thing you can put back helps you feed your family during difficult times. If you are starting to produce your own food, don’t make the mistake of thinking it’s as easy as throwing a handful of seeds at some turned over soil and collecting clean, colorful eggs from friendly hens. You’ll probably see more failure than success when you first start out and you need supplies as a backup in the event your food production plan fails. True resilience (there’s that word again) means you have something to fall back on if Plan A doesn’t work.

You need to become a producer.

I say this often, but you need to be a producer, not just a consumer. Anyone who has noticed the empty store shelves or barren clothing racks at your local stores can see that the ability to produce your own supplies has never been more important in our lifetime.

Here’s the part that a lot of folks consider controversial. I lean strongly toward OpSec when the deck is stacked against self-reliant, critically thinking people. All you have to do is take a look at social media and mainstream outlets to see that you don’t have to be a big Hollywood star to get “canceled.”  Any perceived misstep can destroy your ability to make a living, can affect your family, can prevent your kids from getting into their desired colleges, can annihilate your business (which affects your customers and employees as well as you)< and can even cause problems with your living arrangements.

I know that we all want to vent our outrage right now. Trust me – there are so many articles I want to write that I have opted not to because of the reasons listed above.

We all have to make our own decisions with regard to this topic. Should you be out there fighting for freedom, or should you be gray? Is this the best time to make a stand or will you have the advantage later? What does it mean for the people in your life if you are indiscreet? Do the advantages outweigh the potential disadvantages?

That’s not a decision that I can make for you. As for me, I know I don’t want my neighbors to be aware I have a stockpile of food and other gear. You may not want to make it public knowledge that you’re a gun owner. You may wish to keep a low profile on behalf of your family or employees who work for your business. You have to weigh your responsibility to others and decide whether this is the time for you to be upfront about your views or if you’d be better served to wait until you’re in a stronger position. It’s McCarthyism all over again right now and people are not thinking rationally.

You need to be flexible.

While most of the lessons we learned before about preparedness are still applicable, it is vitally important to remember that we’re in a fluid situation. Things are changing rapidly and something that might be great advice during a hurricane would be terrible in our current social climate. Events are occurring right now that we wouldn’t have imagined even two weeks previously.

You must assess the situation realistically as it exists at the moment. Planning is great, but you need to have multiple plans in case your first one goes wrong. Don’t cling too staunchly to one course of action that may well be a mistake while things are evolving.

As new things occur, remember that the rules are always changing. You have to work within the set of rules that exists while you’re trying to survive. You have to be prepared to rapidly abandon Plan A and move through the alphabet. You must adapt to survive, especially when human nature and mob mentality are involved in the equation.

Watch and learn about the things going on in the world, especially those nearby. You may need to change your plan based on where a crowd of angry people are gathering, or you may need to figure out a different way to get the kids safely home from school than you’d initially decided was the best route. Also, keep your finger on the pulse of current events. Being able to accurately analyze things that are occurring and adapt based on this new intelligence is a valuable skill.

Have you made any changes to your preparedness plans?

Are you prepping exactly the same way as you did previously? Have you made any changes due to current events or the economy? What do you think are the most important adaptations a prepper can make? How are you planning to become more resilient? 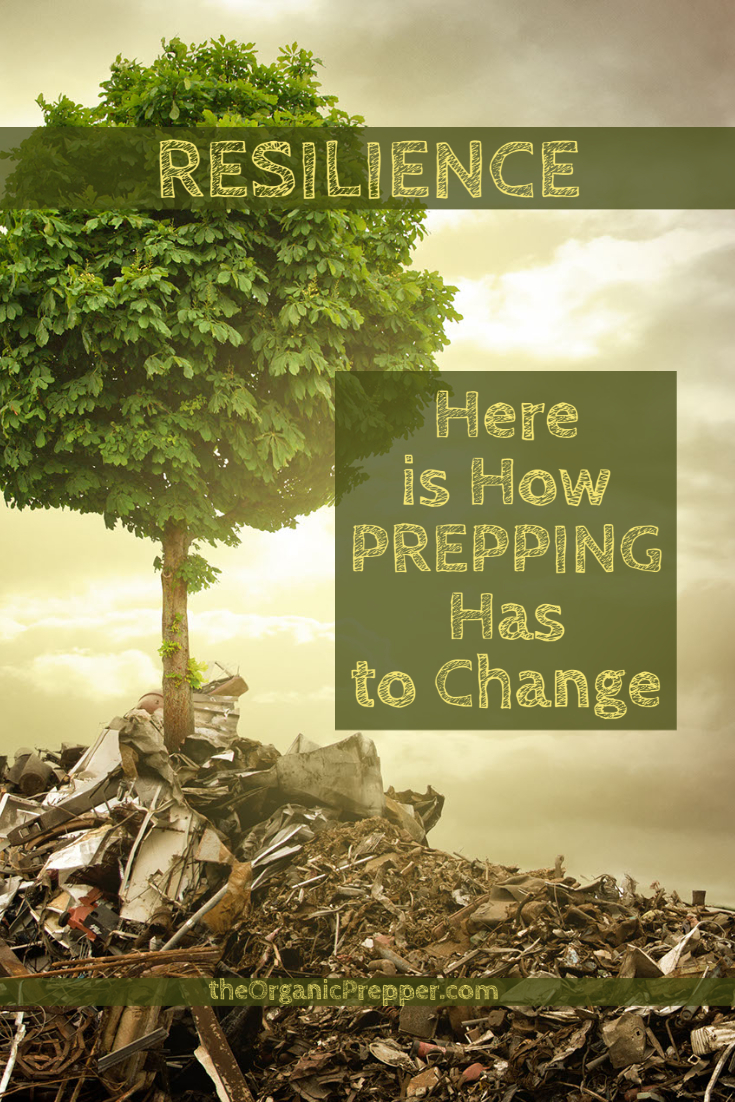