SELCO: I’ve Seen Where This Leads. It Will Only Take ONE SPARK to Lead to Devastating Chaos 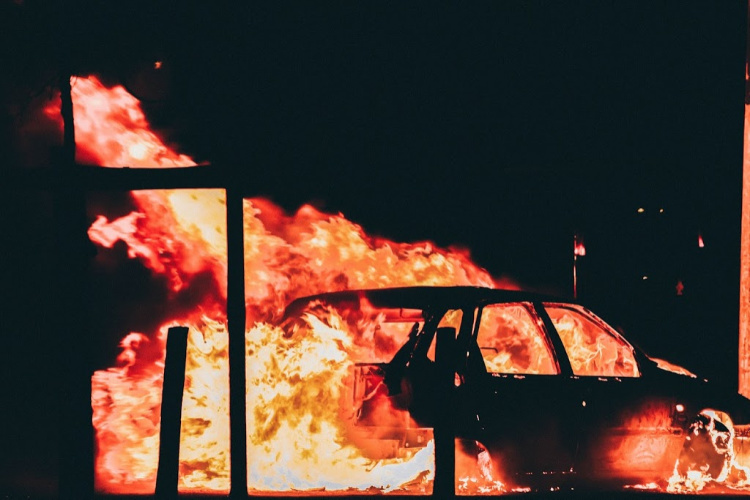 The pejorative term for police officers here is “dogs”. You have a different pejorative word for that.

Dogs will pull you over while you are driving a car and hold you while he found something wrong about your car, then he tries to write you a ticket, but slowly, suggesting that ticket is for example 100 USD, but you can avoid it by bribing him with 20 USD.

Dogs also will come on your 911 call, for example, for a domestic violence call, but they park their car in front of the building and wait for the violence to calm down. Then they come in and talk with the family, trying to purposely inform the victim (the woman, for example) that it was nothing, and that she kinda deserved it.

Dogs have their own “workers” on the street here, small-time criminals or drug dealers, who work under their protection, dealing drugs, or guns, and paying the dogs a percentage.

Dogs here work their job in their shifts, and after their regular hours, work for local drug lords, gun dealers, or simply for organized crime members as a protection or information source.

That makes them dogs.

And yes, I have seen regular prewar “dogs” turning to war criminals in war. It is that kind of person who ends up being the worst kind actually.

Actually, to simplify it more, it is about what kind of person you are. If you are a bad person, the uniform and “law” behind it can simply strengthen evil in you, or in other words, it can pull the evil to surface.

Then there are police officers.

Police officers are usually people who joined to make a difference. Or to “serve and protect”.

I know a lot of them too.

People who wear uniforms of police, usually underpaid, under-equipped, and immobilized by a whole set of rules and laws that are often contradictory. These people are just trying to do their job, and even more than that, they are trying to make a difference.

I have nothing than the highest respect for them.

I do know that a man who should be highly trained must know that by obstructing breathing, and blood flow to the brain for a few minutes will for sure kill a man.

Protesting is a way that people try express their feelings in an effective way to try and make changes.

The problem here is that protests usually go in some weird direction, so you could find yourself easily in a situation where you go out carrying a cardboard sign with a good)message, but in a half-hour, you end up in the middle of a crowd that is breaking and looting, and you as a prepper simply do not want to be there.

Simply do not be there.

Another problem is that we (again) live in “interesting” times, so any event that sparks huge emotions among folks, for example like rage can be a trigger for something bigger.

Even more, it can be used by someone as a starting event for much bigger sh*t. Usually, it’s only years later that you’ll find out that someone or some group, faction, or whoever played you like a violin, counting on your feelings of rage. I have seen this before and have seen where it ended up.

From the survivalist point of view, any event that leads to high polarization between people on political, racial, national, or any other way is a major risk for sparking something bigger.

I am not saying the event that caused these protests is not horrible and not important. On the contrary, it is very horrible and important. But again, from the prepper point of view, calm down and watch where you gonna find yourself when bullets start to fly, even rubber ones.

Go back to some lessons

Let’s forget (it is hard, but let’s try for the moment) about the details that started this particular event, and go back to some basics:

The event that unleashes devastation

Go back and try to watch and judge the events you see from the prepper point of view, not an emotional one. Because you are a prepper and your goal is survival.

I have seen this before and it led to SHTF in my country.

We are living in the last couple of months in a very delicate world after all that has happened and is still happening around us. With all the turmoil, the bad economy, the job losses, and the uncertain future all that is needed to cause things to crash down is just one spark.

That spark can be deliberately used, or it can be a chain of events that will unleash even more devastating things that are boiling under the surface.

That spark may lead to chaos.