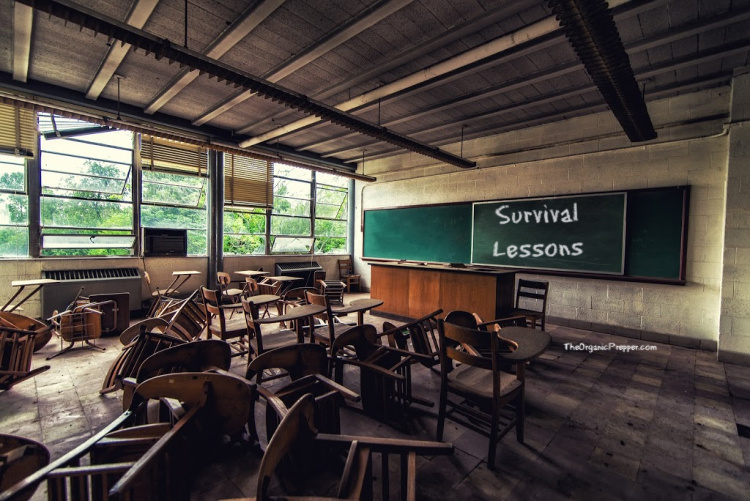 There are some skills and strategies that survivalists and preppers keep bashing on over and over again as important ones for hard times.
Some of those are good, others are simply wrong, or miscalculated, or let’s say “built” on wrong the foundations for whatever reason.

There is nothing better than learning from your own experiences (other than maybe learning from other folks’ mistakes). We all went (and still going) trough very turbulent times, hard times, so let’s check which of those “strategies” you learned and already experienced, or simply check about those that you did not see yet, but that you might see in the future.

It really can happen anywhere

Sure, you can call yourself a survivalist, but if you cannot comprehend the fact that “it can happen anywhere” you will never be fully ready.
There are numerous reasons why the S can hit the fan anywhere no matter in what kind of modern country and society you live, and actually there are numerous reasons why the “fall” can be deeper and more painful in more modern societies, but that is a topic for some other article.

The system is fragile.

I think you all by now understood how the system can be fragile in an unexpected situation, and it is true no matter how advanced the system is – it is fragile.

And no, for this particular revelation it is not important at all whether you support the political system that rules, favor a political party or not, or any other personal opinion about the “parts” of the system. Discussing and wasting time about why the system is fragile and why it failed to cope with properly handling the event is simply wasting time. No system is built for huge events, at least it is not built to sustain and cope with largescale events in a way that your lifestyle (freedoms, rights, way of living that you use to, etc.) will stay intact.

A large scale event will affect the system, and depending on the duration and severity of the event, it may do so to the point that the system actually disappears.

The greatest danger when SHTF

Tornadoes, asteroids, dirty bombs, viruses, pandemic, wars… you can not be ready for all of that, and if you concentrate efforts to be ready only for a particular scenario based on a particular danger in that scenario, you’ll very easily fall into the trap of forgetting something extremely important.

Prepping (when it comes to what danger you should prepare for) in your philosophy, should be the simple fact that you are preparing for danger from other people.

In most survival scenarios, other people will be an immediate threat or will become the greatest threat very soon after the event happens.
Yes I know, a tornado does not have anything human in its nature, but if a tornado or serious storm brings the city to halt, it will soon bring a situation where there are more people than resources. Without a system to control it, then those people fighting for resources will become your biggest problem, not the tornado.

So if you are prepping for serious weather only without taking into consideration that actually other people might become a bigger problem than the event, you are doing it wrong.

People carry viruses in a pandemic, weapons in war, hate in a political clash, or they need resources after an economic disaster. Start your prepping for every scenario with the consideration that “other people” will most likely become a problem and threat. At best, simply factor that you will be forced to deal with them, for example through trade, and plan your prepping philosophy from that point.

As I mentioned it is not only the fact that other people may become a threat. It is also the fact that you’ll be forced to interact with people on other levels (trade, negotiations, mutual agreements, alliances…).

Survival could be explained as “being ahead of others”.

Do not mix this with up “looking different than others” which survivalists often think is necessary. It actually can be dangerous to look and act differently than others when the SHTF.

Timing and “being ahead of others” is not some complicated thing, because if you are into prepping you should already know that you need to keep an ear on the ground all the time and seek information that you can use in your favor before the majority of other folks get it. The run on supplies in America was a perfect example of this.

So, if some new virus hits the country far away in the east, you should pay attention to it, and maybe prepare for it, obtain masks, disinfectant, have food, plans, everything that is maybe needed ahead of other folks who are watching reality shows on TV, surfing the net for irrelevant information, or simply trusting the government that it cannot happen “here”.

You need to be ahead of others.

Many of you learned this and were glad. It can mean that you’ll figure out in time what stuff will be very valuable in one month from now, or what place will be dangerous to be in 15 days, or whatever else makes sense in your case.

You should keep the philosophy of “being ahead of others” all the time, even through the whole SHTF event, because by definition of being a prepper/survivalist you should be ahead of people who are not.

Yes, people are a possible danger, but also people are important. They will be around you, as I mentioned, and you’ll have to interact with them, in a good or bad way. It is much easier to do it with like-minded known people.

Lone wolf survival is romantic maybe, but in reality, it sucks. Get to know the people around you.

What did you learn?

Everyone learned lessons throughout this emergency. What did you learn?

Real survival is not romantic or idealistic. It is brutal, hard, and unfair. Let Selco take you into that world.