The Supply Chain Is Broken and Food Shortages Are HERE 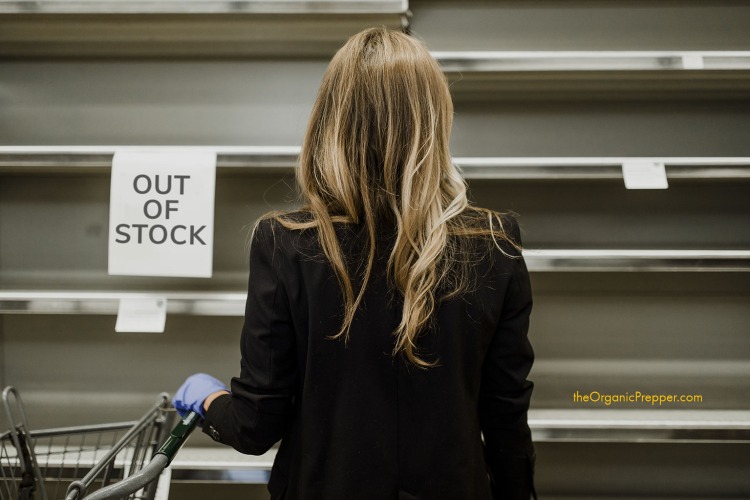 If you are a reader of this site, you might be more interested in the food supply chain than most, at least when things are good. So, if you have been paying attention recently, you might find that there have been some severe disturbances in that supply chain.

Several months ago, the immediate disruptions began at the beginning of the COVID-19 hysteria, when factories, distribution centers, and even farms shut down under the pretext of “flattening the curve.”

As a result, Americans found necessities were missing on the shelves for the first time in years. Items like hand sanitizer and Clorox wipes were, of course, out of stock.

People began to notice meat, and even canned vegetables and rice were soon missing from the shelves. Most of this was simply the result of mass panic buying, although “preppers” were blamed for “hoarding.” Therefore, people who had not been prepping all along and were suddenly caught with their pants down.

But that’s not the whole story.

Manufacturing and packaging facilities and slaughterhouses shut down due to intrusive totalitarian government reactions to an alleged pandemic. Combined with panic buying, those facilities’ ability to replace what was bought up was drastically reduced. As a result, consumers were forced to wait weeks before buying what they needed (or wanted) again. Even then, they had to show up in the morning.

We are still experiencing those shortages, though better hidden. As anyone who shops regularly can tell you, you can find what you need, but you may have to go to three stores to get it, where one would have done in the past. In this article, you’ll find some advice about dealing with the limited varieties of inventory that people are currently noticing at stores.

War launched on the economy by state governments put millions of Americans out of work.

Now, when most rational people would be happy to have a job at all amid such high unemployment, they were prepared to stop the machine’s wheels from working.

Workers suddenly started to organize, strike, and walk off the job conveniently when the food supply was already broken. Of course, these workers had not organized or initiated a strike at any time before when working conditions were bleak, and wages were low.

At the same time, we witnessed farms dumping thousands of gallons of milk down the drain, meat producers slaughtering animals and burying them, and farmers destroying crops all over the country and the world.

The reason for this is two-fold.

First, many major producers would not want a glut of their product on the market and see their prices dropdown.

Second, with the totalitarian measures forcing the shut down of restaurants across the country, many farms and producers lost a massive part of their market, thus destroying it.

A government genuinely concerned with its people’s health would have bought that produce and either distributed it or freeze-dried and stored it for the coming apocalypse.

Indeed, the Trump administration attempted this with some very minor success and high cost. Food banks at least benefited. But the damage to the food supply was already done.

And then came the winds.

Following those winds, we saw massive wildfires along the West Coast’s entirety from Washington to California and as far east as Colorado, South Dakota, and Texas.

One need only take a look at the map at fires seemingly heading east, burning up prairies and farmland all along the way to see that the food chain will experience yet even more hiccups once the smoke has cleared.

But while leftists claim the fires are the natural result of “climate change” and conservatives blame lack of adequate forest management (which has some merit), both completely ignore the fact that close to ten people were arrested for setting these fires.

Repeatedly, arsonists are being arrested for starting blazes though the motive is unclear. Those of us who have studied history, however, can speculate with some certainty.

But these problems are not unique to the United States.

Countries all over the world are experiencing supply chain problems. Australia, for instance, is about to run out of its domestic rice supply by December entirely.

Now, here we are, with winter fast approaching and the food supply decimated. The world’s population is walking around masked and terrified of getting within six feet of another human, and the cities all across America are on fire with violent riots.

Communists and the inevitable response are clashing in the streets and threatening to turn in to a possible American Civil War 2.0. What role will hunger play in this scenario?

At the moment, we can’t say for sure.

But what we can say with certainty is that this will be a very long, very trying winter.

Food shortages are coming, and they aren’t too far away.

You do not have much time left before the items you can grab now are gone and gone for good. Here are some tips for shopping when there aren’t many supplies left on the shelves, and here’s a list of things that are usually imported from China that we haven’t been receiving in the same quantities (if at all) since the crisis began.

Many of the readers of this website will be prepared, no doubt, but others won’t. Not only do we advise you to prepare – but we also advise you to be ready for the unprepared.

Have you seen shortages in your area? Do you still have quantity limits on certain purchases? Some areas seem better stocked than others. Let’s discuss it in the comments.​​​​ 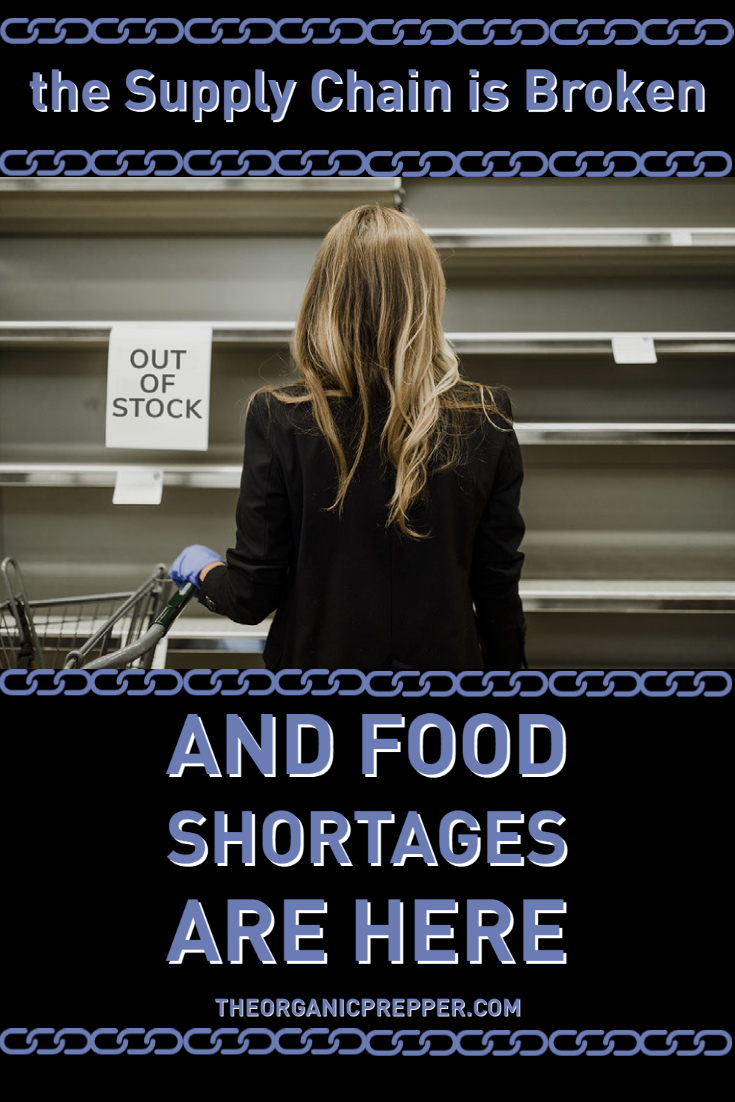