Not Everyone In Hollywood Supports Cancel Culture: Some Harsh Words for the PC Crowd 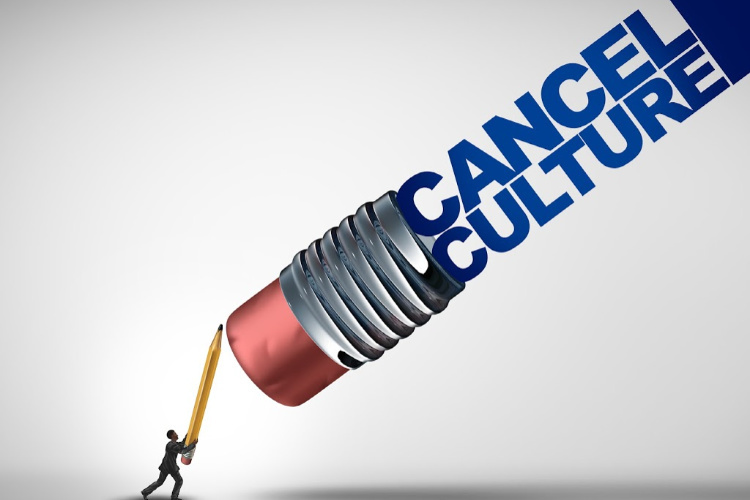 By now, you’ve probably heard of cancel culture. If you haven’t, here’s a definition and an example from Urban Dictionary.

A desire to cancel out a person or community from social media platforms.

It is characterised by the response of an evil individual when they are shown to be wrong. They will call on their followers to report the social media accounts of the person or group that did the criticising rather than discussing the criticism or showing by evidence where the criticism is incorrect.

Narcissists make up the majority of the people who engage in cancel culture, and others who do this would include immature individuals.

Example: Johnny was criticised for being vindictive against Janny and instead of discussing the problem, Johnny called on his followers to report the account, cancel culture style, of the person who made the criticism. (source)

We’ve been seeing it more and more, but it only applies when convenient. As well, you can get canceled for something you did decades ago before it was politically incorrect.

For example, Megyn Kelly lost her television show because she even dared to question appearing in blackface, but Governor Ralph Northam, who had photos in his old yearbook of himself in blackface, is still in office, taking away gun rights from Virginians. Canadian Prime Minister Justin Trudeau “can’t recall” how many times he’s worn blackface, but he still got re-elected.

Some people get away with it, and others do not. It seems to depend on which political party you support.

It can happen to anyone.

Anyone can be the subject of an internet witch hunt, but people in the public eye or positions of power tend to have more to lose. Sometimes it’s a matter of getting everyone to “unfollow” the victim on social media and other times it goes all the way to in-person stalking or “doxing.”

Doxing, if you aren’t familiar, is the practice of locating private information about a person and making it public. It could be their home address, their children’s schools, the home of their elderly parents – nothing is off-limits.

One victim of doxing was Dana Loesch, a spokeswoman for the NRA. She had to do a midnight move to pack up her family and quickly relocate when her home address was revealed publicly and threats against her escalated. Author Natasha Tynes was also canceled, and it nearly destroyed her life.

Really, is one “bad” action deserving of all this? Especially if it’s only bad in the politically correct sense of the word? Taking away someone’s livelihood, threatening their safety, and putting their children at risk? It’s out of control, like many other things in our country right now.

Some folks have had enough.

In the video below, several famous comedians discuss the ills of politically correct restrictions and cancel culture.

The video above may not do much for their careers from the perspective of the PC crowd, but it’s a breath of fresh air for those of us who are sick of the ridiculous efforts of celebrities who film condescending videos from their mansions and yachts to let us know “we’re all in this together.”

What do you think about cancel culture?

Obviously, if you strongly disagree with someone’s personal opinions, you are well within your rights to vote with your wallet and stop supporting them. To some degree, it’s reasonable, if you feel that somebody has repeatedly demonstrated that they’re a terrible person. But for a one-time misstep, it seems rather harsh.

But creating virtual gangs with torches and pitchforks is an entirely different matter. It’s lunchroom bullying on a grand scale and it’s done by the very people who will tell you in their next breath that bullying is wrong.

What are your thoughts on cancel culture? Do you think those being “canceled” deserve it? Do you participate in boycotts of certain people in entertainment? Do you try to get others to join you in your boycott? For what reasons would you participate in “canceling” someone?