Are We on the Verge of World War 3? Here Are Some Facts We Know for Sure. 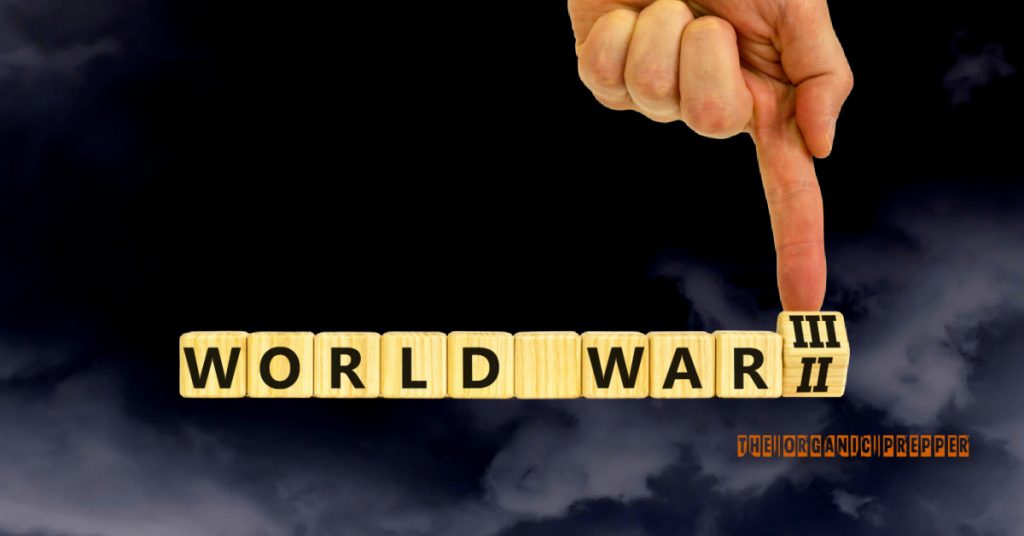 Sometimes it is best to take a step back and look at the facts that we know without a doubt so that we can then take a look at the bigger picture. Within the context of World War 3, here is a bit of what we have seen.

Draw your own conclusions.

Out of the blue, New York City recently released a PSA instructing New Yorkers on what they needed to do in order to survive a nuclear strike on American soil. This hasn’t been done since the Cold War. If you want information about nuclear survival that isn’t glossed over by the government, you should check out our live nuclear survival webinar that is coming up with Army Ranger NBC Specialist Chuck Hudson. Go here to learn more.

Biden recently said that Putin was “not joking” about a potential Russian attack with “tactical nuclear weapons or biological or chemical weapons.” Anybody who has read Soviet defector Ken Alibek’s Biohazard is well-familiar with what some of these biological weapons are.

Does the market speak?

Potassium iodide pills are out of stock just about everywhere you check now.

Russian nuclear doctrine is worth learning about.

Russian nuclear doctrine permits Russia to make a first strike provided the Kremlin believes they have faced an “aggression against the Russian Federation with conventional weapons when the very existence of the state is threatened.”

Russian nuclear doctrine permits battlefield commanders to use tactical nuclear weapons on the battlefield at their own discretion without explicitly requiring the Kremlin’s permission.

(Check out our free QUICKSTART Guide to what to eat when the power goes out to give yourself an edge when it happens.)

Getting one’s duckies in a row.

A Russian train was recently spotted moving equipment from a military unit that is known to handle nuclear weapons.

The Sarmat 2 – a nuclear-capable, hypersonic ICBM – was just tested this past year by Russia. It is impossible to defend against it with current technology (that we know of).

Russia has sent out the Belgorod, a submarine equipped with six Poseidon missiles, each of which is capable of creating a radioactive tidal wave.

Russian troops have been granted permission by Nicaragua to conduct joint training exercises with the nation and bring in troops, ships, and airplanes.

Nuclear-capable Russian bombers are in Venezuela.

The building the German embassy was housed in Kiev was recently hit by a Russian missile after the Crimean bridge attack. While the building has been empty since the war started, it is theorized that this was done to send a very explicit message.

Russians marched through the streets of Moscow chanting “Nuke Washington” after the Crimean bridge attack.

Nuclear-capable bombers were spotted flying close to the Russian/Ukrainian border not too long ago.

In April, Russia said that we are now in World War 3.

Russian state-sponsored TV recently said that “nuclear war is coming,” going on to add that the West doesn’t “understand what happens next.”

Billboards have surfaced in Siberia saying, “Alaska is ours!”

I’m not really sure what comes next of all this, but we’re not seeing a lot of good signs from all this right now.

When you combine all of the above with the food facility fires (part of the world’s largest produce market was recently burnt down, by the way), the rampant inflation we’re seeing in the United States, the energy crisis in Europe that is going to lead to people dying from hypothermia this winter, the destruction of the Nord Stream under incredibly suspicious circumstances, the supply chain shortages that are making it impossible to find baby formula, car parts, electronic components, and just about everything else, I think it would be a very wise idea to make sure that you get your food storage in order, firmly establish your off-grid comms plan now, and read a few choice books.

There are quite a few concerning happenstances taking place, but, as I said, make your own conclusions here. But if you come to the same ones as me, you’ve likely come to the realization that we’re playing Jarts in a minefield.

What are your thoughts on the matter? Are there other concerning happenings of late to add to this list? How concerned are you that WW3 is near? Let us know what you think in the comment section below.