Why Are Russian Spy Planes Probing Close to Alaskan Airspace? 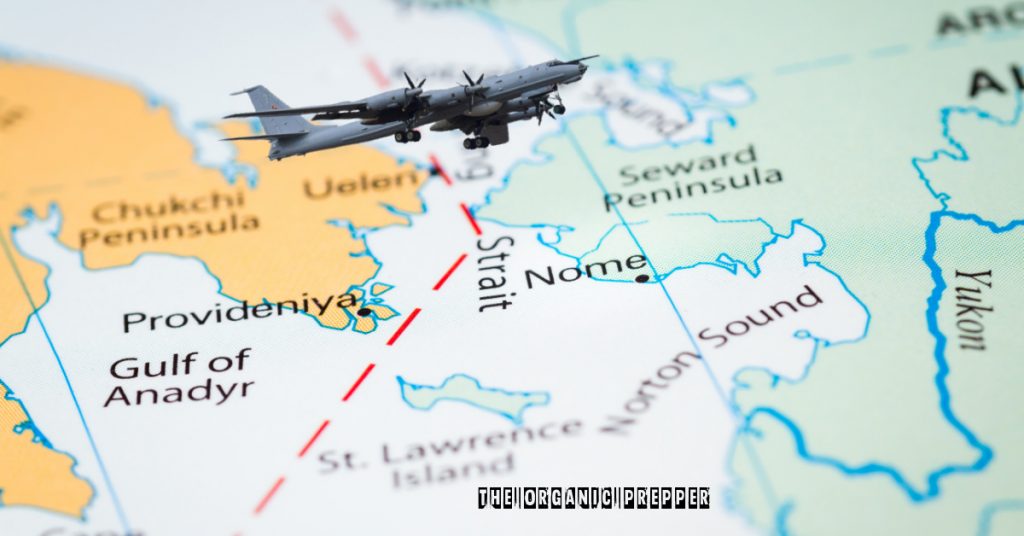 On August 11, North American Aerospace Defense Command (NORAD) announced that they had tracked three Russian surveillance aircraft entering and operating within the Alaskan Air Defense Identification Zone (ADIZ) over the past three days. The Russians stayed within international air space, and NORAD announced in their press release that they did not consider the Russians’ actions threatening or provocative, though they did deploy F-22s to identify conduct surveillance of the Russian aircraft.

Russian surveillance aircraft have entered the Alaskan ADIZ before. NORAD identified Russian aircraft in our airspace in both January and March 2021 . Russian military aircraft were tracked14 times in 2020. Since 2020, Russian activity near Alaska has been higher than at any point since the Cold War.

So, should we all start panicking because the Russians are coming?

No, but the situation merits our attention. Even though the Cold War ended 30 years ago, many Americans have never really trusted Russia. It would be foolish in the extreme to assume that Russians are any different. We monitor areas worldwide. Russia is another large country with an advanced military. It’s not unreasonable to assume that they like to know what’s going on around the world, as well.

And I see a few reasons that surveillance would have heightened toward the end of Trump’s administration. One might be simply seeing if much had changed during the Trump administration, as far as increasing our own military presence near Russia.

Another, maybe more likely, could have been wanting to observe the effects of the pandemic on our defense structures. Covid hit Russia hard, but the U.S.’s dysfunction has been on display worldwide for more than two years now. Whether it was the scandal about Cuomo putting Covid patients in nursing homes, lawmakers such as Gavin Newsom and Lori Lightfoot disregarding their own orders, or the total lack of consistency between states, the U.S. has not presented itself as a strong, united country. We’ve looked like a scrambled, disorganized mess. At times, especially after the George Floyd protests, it’s felt like we’re about to rip each other apart. In 2020, if I were the Russians, I would have been watching us, too.

And let’s think about what has been going on worldwide just in the past six months.

Russia invaded Ukraine. Even Henry Kissinger admitted in a recent Wall Street Journal interview that this invasion was due, in part, to actions by the U.S. Putin has been concerned about security; it stands to reason that he would conduct surveillance near all his borders, not only the one with Ukraine keeping him so busy right now.

I don’t know. Again, in the interview referenced above, Henry Kissinger, who is not known for being a non-interventionist peacenik, stated, “We are at the edge of war with Russia and China on issues which we partly created, without any concept of how this is going to end or what it’s supposed to lead to.”

“Without any concept of how this is going to end.” That’s pretty damning, but I can’t argue. Russia, the U.S., and China all possess nuclear weapons. I don’t think we should necessarily cave in to pressure from other nuclear-armed countries, but we always have to bear in mind the possibility that we can destroy each other with a finality that wasn’t possible 100 years ago.

And yet what do our leaders do? Biden publicly calls Putin a “killer” who doesn’t have a human soul. Nancy Pelosi calls Xi a “scared bully.”

I mean, I’m sure that Putin is a killer and that Xi is a bully. But Russian and Chinese leadership could just as easily have referred to Biden as an adolescent hair-sniffer and Pelosi as a drunken socialite. However, they didn’t because most people at least try to be polite when the other party could, in theory, nuke them off the face of the earth.

I don’t think our leaders have any concept of how this might end, either.

Biden and Pelosi were both born in the 1940s. Their formative years were spent in the glow of America’s post-WWII constant self-congratulation. The collapse of the Soviet Union in the early 90s simply confirmed their collective belief that the U.S. was unstoppable.

I’ve met Boomers like this. They are convinced that the U.S. is invincible and that “American exceptionalism” can solve anything. Our disappearing middle class, our failing public schools, and our cities’ spiral into lawlessness don’t seem to affect people like this. They’ve been able to insulate themselves from the consequences of their own actions. And consequently, threats from other nations just don’t register.

(What do you do for food when the grid goes down due to an EMP? Read our free QUICKSTART Guide to find out.)

Russia and China do have their own sets of problems.

Russia and China both face severe demographic challenges. Both countries have rapidly aging populations, and, on top of that, China’s young adult population has approximately six boys for every five girls. And then the Russian military, particularly, has problems recruiting.

But so does the American military. I can’t speak to finer details of Russian culture. But I was born on an American base. My dad, his dad, my ex-husband, and many of my uncles served. My brother, closest in age to me, was killed in Afghanistan, and I can say without hesitation that Americans’ reliance on a small percentage of their families to provide most of their military service is about to collapse.

The small relative number of families serving in the military was probably never sustainable anyway. But now, the same generation that saw lives ruined and wasted in Afghanistan is no longer encouraging its children to enlist. Why would we? Our government leaders literally don’t care whether its soldiers live or die. They say a lot of nice things, but they have increasingly ignored diplomatic solutions in favor of grandstanding. The real, personal tragedies that play out in wartime do not register with the political class.

Losing my brother was horrible.

He could have done a lot more with his life. Others can get killed so shareholders in defense companies can watch their stock increase a quarter of a point. His death ruined my marriage and turned my adult life absolutely upside-down. The people responsible for the fiasco will never be held accountable.

There are a lot of people like me out there. The Joe Bidens and Nancy Pelosis of the world treat us as nothing more than cannon fodder, and the American public overwhelmingly doesn’t care. I would never forbid my teenage children from serving in the military. But I will not encourage it the way my parents did.

Now, of course, the Russians failed in Afghanistan, too, though at least they left in an orderly fashion and blew up most of their weapons rather than leaving them behind.

The world watched our humiliating departure from Afghanistan. I don’t think it’s possible to overstate how catastrophic that was. We threw away the lives of our finest young men and women; we betrayed allies who worked with us in good faith; we left behind billions of dollars of equipment. And our leaders still have the arrogance to mock other world leaders. If I were the Russians, I’d wonder what the hell we were thinking, too.

Unfortunately, most of us can’t control what they do in D.C.

We can only control what we do in our own daily lives. Situational awareness is vital to prepping. We need to be cognizant of the fact that when our nation bickers and fights with itself, the world watches. Rome fell, and one day we will fall too. It doesn’t surprise me at all that other nations are watching the U.S. more and more closely as time goes on.

All we can do, as individuals, is live our lives in such a way that makes us look like a difficult target. A nation of capable, industrious individuals willing to rough it a little bit will present itself as a much more difficult target than a nation of screen-addicted zombies. We need to ask ourselves how we appear to curious and possibly unfriendly eyes.

Why do you think that Russia’s purpose is in flying so near our airspace? Are you concerned about these near-incursions? Or is it just an ordinary reminder of force? Tell us your thoughts below.