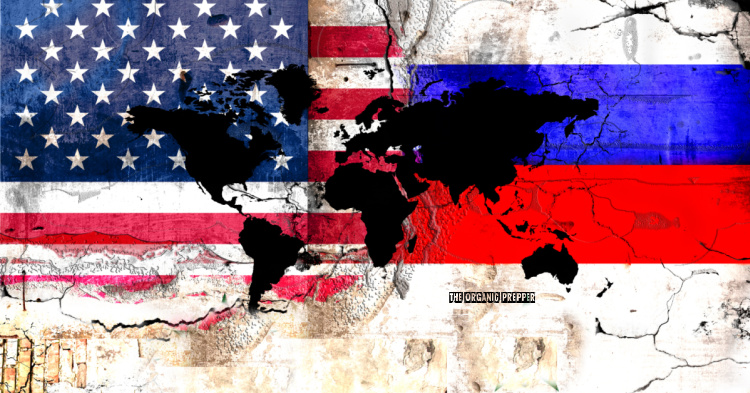 Need further proof that this war is only going to escalate? How about a Russian state-sponsored TV anchor now saying that we’re in World War 3?

For those unaware, it was late last week that the Russian Black Sea flagship, the Moskva (named after Moscow), was sunk. Ukraine claims that they sunk the ship with Neptune missiles. Russia claims that the ship was sunk by a fire.

However, we now have the Russian state media claiming that the sinking of the Moskva is cause for war (which, to me, means that the whole “it caught fire” story is nonsense.) It was on the Russian-sponsored Rossiya 1 (Russia 1) TV show that well-known Russian journalist Olga Skabeyeva hosted a pundit talk session.

Regarding the current war, Skabeyeva said during the interview that “One can safely call what it has escalated into World War 3. That’s absolutely for sure.” She went on to say, “Right now, we’re definitely fighting against NATO infrastructure, if not NATO itself. We need to recognize that.”

Skabeyeva also referred to Russia, in reality, being in a war against the United States of America, as she said that America is supplying large amounts of weapons to the Ukrainians.

During the episode, one of the pundits claimed that what Russia needed to do was to bomb Kiev. “Bomb them once, and that’s it,” the man said. What kind of bomb the guest on the show (it’s very difficult to find his name) was referring to isn’t clear. Does he mean nuclear? That’s a one-and-done response.

Here’s the video if you speak Russian…

Skabeyeva is one of the top media figures in Russia. At 37-years-old, she is an incredibly popular journalist within Russia, gaining fame after her coverage of the Pussy Riot trial from 2012 to 2013, in which a female punk rock band was arrested and tried after performing an anti-Putin song at a cathedral in Russia.

It was after 2016 that Skabeyeva started a talk show with her husband Yevgeny Popov called 60 Minutes. The couple is well known for being very hardcore towards anybody who says anything remotely anti-Putin.

If Skabeyeva has said it, this means that she does so with the blessing of the Kremlin. While there is the chance that the Kremlin wants its people to engage in this type of hardline talk, as Moscow knows that it will result in widespread fear amongst outsiders, I doubt that this is simple saber-rattling. Things are too heated right now for me to believe so. The man who is already swinging is more apt to swing again than the man who hasn’t begun.

(All the more reason to check out our free QUICKSTART Guide to building your 3-layer food storage plan.)

What does this mean for you?

While a single journalist doesn’t necessarily speak for an entire country, it is worth pointing out that Russia 1 is state-sponsored. What is said on the show has to match up with what the Kremlin approves of. Otherwise, you end up sharing the same fate as particular punk rockers. This could very well mean that we are looking at the imminent expansion of this war.

We’ve already pointed out here before that there have been other rhetoric in the past that is clearing the way for more countries to become involved in a potential World War 3. The likelihood of this type of event, or at the very least an attack against American soil, only increases as politicians continue to pump billions of American taxpayer dollars into Ukraine in the form of weaponry, funds, and equipment.

If we look back through recent history, we find that Russia seems to prefer utilizing cyber-attacks and sabotage before they engage in anything conventional. Prior to the invasion, Ukraine experienced the largest cyber-attack they’d ever seen.

Three weeks before the Russo-Georgian war of 2008 ever “officially” began, Russia engaged in a series of cyberattacks against the finance, government, and communications sectors of Georgia.

Estonia had largescale cyberattacks for three weeks in 2007 perpetrated against them by the Russians after the Estonians moved a statue of a Soviet World War 2 memorial. It is highly likely that any direct action against America by Russia would first start off with a cyberattack as a result.

Acts of sabotage on American soil would likely occur at the same time.

It’s worth noting that numerous alphabet soup agencies have been warning about the threat of cyberattacks against Americans just within the past three weeks.

Prepare for disruptions to daily life. Do you have enough food?

If Americans are forced into World War 3 by the actions of NATO, modern Americans are going to see things unfold that they’ve only read about in their lifetime. I’m growing more and more of the mind that Americans urgently need to focus on their food storage.

In the event of a nuclear strike, Cresson Kearney points out that it’s not until two weeks after a blast that people can begin to wander out of a fallout shelter for a few hours. This means you would be in that fallout shelter for much longer than two weeks, and would need that much food. And even if it’s not a nuclear strike that we see, but a cyberattack, don’t forget that the banking systems seem to be a prime target in recent history.

If you can’t get cash out to buy food and your credit card won’t work, what do you do? Put away enough food for your family now rather than later.

When somebody you don’t exactly have the best of histories with begins to talk about openly fighting with you, it’s best to pay attention.

What do you think about all this? Is it just saber-rattling? Or do you believe that World War 3 is on the horizon? If so, what are you doing to prepare? Let’s discuss it in the comments.