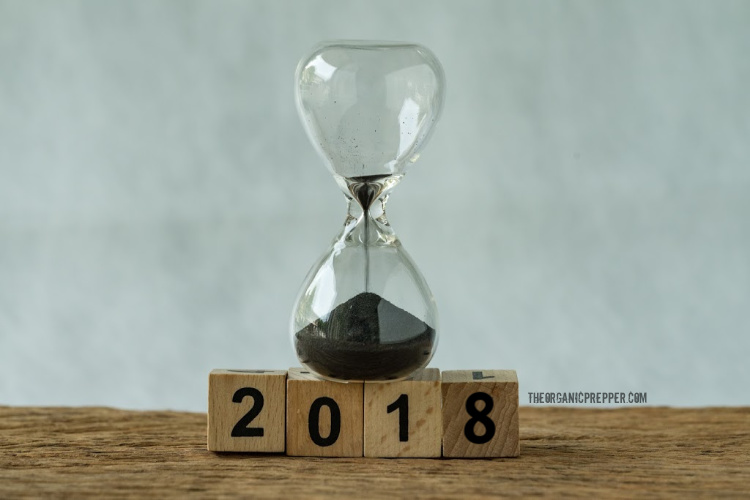 As we wind up 2018, I thought you might be interested in seeing the things that people were the most interested in reading over the previous year. The topics run the gamut but the prevailing theme is that we want to be self-reliant and independent. People are concerned about the uptick in unrest and about the threat of war and they aim to be ready.

The articles below are the ones that got the most hits during the previous year. If you missed them the first time around, be sure to check them out. 🙂

#1) The 10 Safest Laundry Detergents (And Brands to Avoid)

Looking for laundry detergent with a good rating from the Environmental Working Group? Want to see how your own detergent measures up? Check out The 10 Safest Laundry Detergents (And Brands to Avoid).  And for something to look forward to in 2019? We’re going to be expanding this series throughout your entire home by popular demand!

#2) Who Survives and Who Dies When the SHTF?

Did you ever wonder about the differences in how people behave in a crisis? Why some people survive and some people die? Are there characteristics that we can nurture now in good times that could help see us through bad times?

In this interview, Selco: Who Survives and Who Dies When the SHTF?, I talked to Selco about who can withstand the stress of an SHTF event and who crumbles based on his experiences during the Balkan War.

Kelly Guthrie Raley has been teaching for 20 years and currently educates kids at Eustis Middle School in Lake County, Florida. Just last month she was named the 2017-2018 Teacher of the Year.

The day after the horrific shooting that took place at Marjorie Stoneman Douglas High School in Parkland, Florida, she posted a rant on Facebook that has since gone viral. In the post, she talked about parental responsibility, compassion, and respect…and more than 823,000 people have “liked” the post and agreed with it, while more than 649,000 have shared it with others. Check out Florida’s Teacher of the Year Bluntly Writes WHY School Violence Is Out of Control.

Governor Jerry Brown is retiring but not before he passes a few draconian laws as parting gifts for California. Two bills were signed into law on Thursday of last week to “help California be better prepared for future droughts and the effects of climate change.”

The mandatory water conservation standards will be permanent, according to their wording, and not just for use in times of crisis. To make a long story short, now that these bills are law, it’s effectively illegal to take a shower and do a load of laundry in the same day because you’ll exceed your “ration.” Despite my notated explanation of where I drew this conclusion, I got “debunked” by both Snopes and Politifact, who said I was a big fat liar. (Here’s my article on debunking those debunkers.)

See why I said Now It’s Against the Law in California to Shower and Do Laundry on the Same Day and let me know whether you agree or not with my conclusion.

#5) Why (And How) EVERYONE Should Make a Survival Shelter Plan

The false alarm in Hawaii last January should be an enormous wake-up call. It should inspire everyone, everywhere to make a survival shelter plan. Hardly anyone had a plan for where they would take shelter.

For 38 minutes, hysteria reigned supreme across the island state after Hawaiians awoke to this message on their cell phones. “BALLISTIC MISSILE THREAT INBOUND TO HAWAII. SEEK IMMEDIATE SHELTER. THIS IS NOT A DRILL.”

Nobody knew what to do. People were shoving their children into storm drains. Mercifully this was a false alarm but it should be the impetus for everyone to make a plan for where they’d shelter if the situation was legit.

Here’s Why (And How) EVERYONE Should Make a Survival Shelter Plan (+ Printable Checklist) – do you have your own survival shelter plan?

#6) What to Eat When the Power Goes Out

Power outages are becoming a more common fact of life here in America. In California, the electric company is turning off the power on high-risk fire days. After hurricanes, recovery – and the restoration of power – can take weeks. We’ve seen dozens of lengthy blackouts in the past year. That’s probably why the article, What to Eat When the Power Goes Out was so popular.  Use it to create your own power outage food supply.

If you’re looking for a good response to that age-old comment every prepper has heard dozens of times, “If the SHTF, I’m coming to your house” Selco has you covered. In this article, What to Do If Unwanted People Show Up at Your Door When the SHTF, he discusses the conundrum of how to handle those folks you just know will be trouble.  No, he doesn’t want you to shoot them. He has some pretty great ideas for dealing with unwanted visitors.

We have to face it: tensions have been HIGH in the United States ever since the last election and this year was no different. There were some skirmishes across the country, some heated riots and protests, and near-constant simmering anger between people of differing political philosophies.

So it’s no surprise that people are wondering How to Survive the Civil Unrest That’s Coming to America. Many people were wondering, how do you keep your family safe during widespread unrest? It’s not about being fearful. It’s about being prepared. This article is apolitical (to the best of my ability, anyway) and focuses strictly on what you need to know to survive should the unrest come to your neighborhood.

Jose from Venezuela has been a wealth of information for those of us who are trying to learn from the economic collapse of his beloved country. In this article, he talks about a subject that many of us have been concerned about should we face our own collapse: how will the police officers behave? Will they help us or harm us?

Of course, it all depends on the officer. In this article, he shares some specifics from his own experiences about Why Some Cops WILL Go Rogue When the SHTF (And How to Survive When You Encounter Them).

#10) These Are the Signs the SHTF Is Happening for Real

And Selco’s in again at #10, sharing his experience to help us determine whether or not the SHTF is happening for real.  This is very important because you have to know when it’s time to get out of Dodge or to hunker down, depending on your plan.

Would you know the signs? Can you tell the difference between some minor unrest or the beginning of all hell breaking loose? Be sure to review this article, SELCO: These Are the Signs the SHTF Is Happening for Real to help you decide when it’s time to lock the gates.

Here are the most popular articles of all time on this site. Happy reading!