SELCO: These Are the Signs the SHTF Is Happening for Real 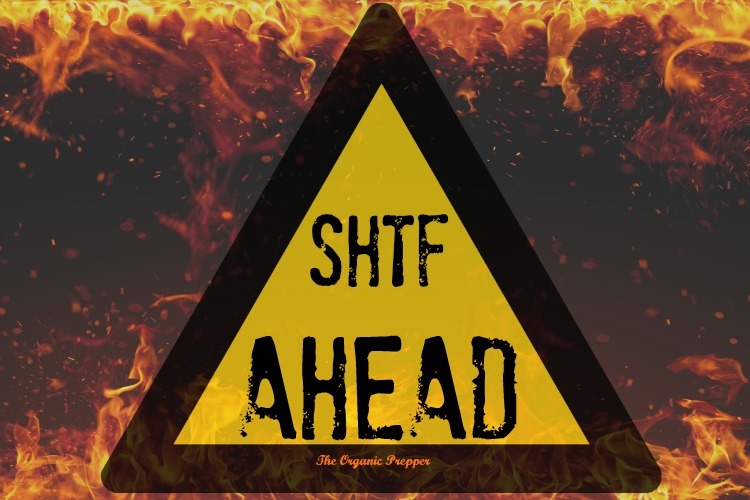 How do you know if the SHTF is actually here? One of the cornerstones of survival is how to recognize that a situation has gone so bad that the S is truly going to hit the fan.

Basically, we are talking about how to recognize that it is time to bug out or hunker down because it is going to be bad.

I call it “survival mode” (no, it is not invented by me), and it means that you at some point based on your own observations, feelings, the situation around you, events, etc. going to are going to jump into that mode where you gonna implement actions based on different priorities than everyday life.

It is personal but it may include:

In short, you are putting into action decisions that you prepared for a long time because S did hit the fan.

How do you know when the real SHTF has arrived?

A common question is, “How am I going to recognize that it is time to leave my job because the whole situation is going to s**t?”

The easiest (and pretty lame and lazy) answer is that you need to leave your job as soon as you see something bad is happening around you, and go home, bug in, bug out or whatever your plan is.

But it is lame because something bad is happening all the time around us – people being robbed or killed, folks losing jobs, cars being stolen, food poisoning, protests, political scandals – not to mention terrorist attacks happening more often and the migration crisis..

But you still need your job to pay bills. Your kids need to go to school. Violence and bad things are always around us, but that does not mean you’ll have to quit your job and bug out. If you do that, you are achiving nothing.

So we are actually talking here how to recognize the “big event”, a real SHTF event, when you need to jump into that survival mode and stop worrying too much about your regular day-to-day life.

The real fun here is that there is no universal answer. There is no specific point at which you will recognize it, but definitely, there are some things to pay attention to.

A well-known story is about the two frogs. One is thrown directly into a pot of boiling water, and of course, the frog immediately jumps out of the bowl and runs away.

The other frog is being thrown into a pot of cold water and then water is gradually heated to point of boiling ,and at the end, this frog died.

When the water is gradually heated to the boiling point, the frog does not realize it is gonna die.

Most of us are frogs in a big bowl of water that is gradually heated to the boiling point and let me tell you, that water is getting pretty warm.

You really need to be the well-prepared and smart frog to realize that the warm (and maybe pleasant) water is going to be deadly boiling in a very short time.

Get out while the “water is still pleasant”

I believe the term is “strategic relocation”, or in other words, it is moving to an area where the situation going to be better if SHTF.

It is not bugging out when SHTF. It takes very careful planning. You are looking for a new place to live, a job, a good environment for kids, natural resources, and a good home, etc., today while times are still (more or less) normal.

It is quite specific for each person based on the region where you live, job opportunities, family circumstances and a lot of other things, but in essence, a few things that I would look for are:

Keep in mind that again it is not bugging out, it is living in circumstances where you gonna have a much better starting point when SHTF.

You still have to work for a living, and the kids need school etc.

Signs that the SHTF has actually arrived

Since most of can not afford “strategic relocations” we are forced to stay and hope to see on time that S gonna hit the fan, and hopefully jump on time into that survival mode and act accordingly.

I am in the same position.

Here are some of the signs that the SHTF has actually arrived.

Freedoms and rights are disappearing.

You usually feel like your rights and freedoms are something written in stone, and you may be right.

But in terms of signs of a coming huge SHTF, keep in mind that when your freedoms and rights that are really important are taken away from you, the S is going to hit the fan soon.

And again probably it is going to happen gradually enough that the majority of folks will not go out on the street to fight for those rights, and also, it may happen in a way that the majority of people will welcome it, under some new laws that “save lives” or “keep them safe” or similar.

But the result is going to be same. Your rights and freedoms are gonna be taken because you are gonna be easier to manipulate then.

Polarization, hate, and violence are on the rise.

I have mentioned all of that before, more than once, but prior to SHTF, it is going to be worse when it comes to hate because again, a lot of stuff you cannot see clearly when you are in a state of hate or fear.

A lot of things can be moving in the background while you are coping with disorder, hate, and violence.

Your free access to independent information will be “shrunk”.

Independent media will be harder and harder to find, or you will be fooled and you will think that actually, you have access to free information while in reality, it is junk, propaganda.

The shutting down of free media and people who hold information will disappear. These are some of the last signs, and again, most people will welcome it. Independent media will be almost “demonized”.

Watch the behavior of people in the know.

I will give you some examples.

I had a friend who worked for the secret police before the war. He ended up in the sieged city together with me.

He did not have a clue that things were gonna get so bad, even with his position and his access to the information.  He simply was fed bulls**t by people that he trusted.

On the other hand, I had a friend who, prior to the war was a smuggler of different kind of things from Italy, such as marijuana, electronics, and whatever was popular at that time.

He knew something bad was gonna happen, and he bugged out in time to Italy.

In his “job” he had connections with people who “pushed” things for other people who were pretty powerful criminals.  Based on moving on those “goods” and information, he simply concluded something bad was going to happen.

The point here is to keep your ear to the ground and see how things and events are moving around you.

Most probably you are not going to see things coming on TV on mainstream media, but if you have a buddy in the police force who will let you know that a lot of equipment is being delivered to them or a friend in some not “legit” places who  can give you good information, you can conclude a lot.

There is no specific advice here, but a network of friends with information from the right places is worth much more than a TV network.

You may miss the signs. I did.

I have seen all the signs above, and I failed to run. I ended up right in the middle of SHTF.

It is not only important to see and recognize signs. It is important to believe that it can actually happen. Because after I saw all the signs, I just said to myself, “Oh, it cannot happen here. Somebody somehow is gonna solve everything.”

It is very hard to trust in something that you did not experience before. Only now do I believe that a lot of horrible things are possible.