The Last Rebels: 25 Things We Did as Kids That Would Get Someone Arrested Today 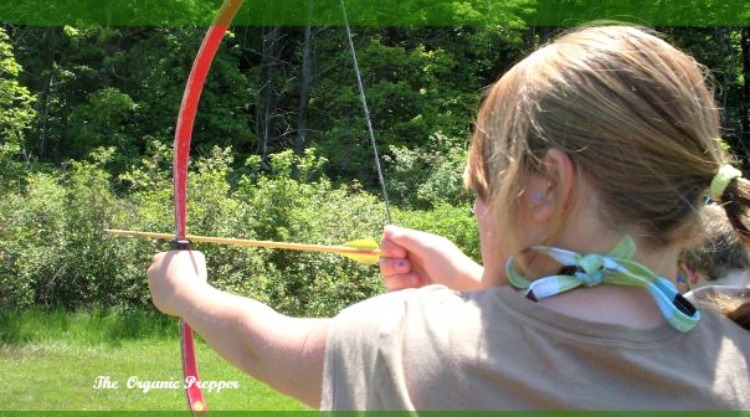 With all of the ridiculous new regulations, coddling, and societal mores that seem to be the norm these days, it’s a miracle those of us over 30 survived our childhoods.

Here’s the problem with all of this babying: it creates a society of weenies.

There won’t be more more rebels because this generation has been frightened into submission and apathy through a deliberately orchestrated culture of fear. No one will have faced adventure and lived to greatly embroider the story

Kids are brainwashed – yes, brainwashed – into believing that the mere thought of a gun means you’re a psychotic killer waiting for a place to rampage.

They are terrified to do anything when they aren’t wrapped up with helmets, knee pads, wrist guards, and other protective gear.

Parents can’t let them go out and be independent or they’re charged with neglect and the children are taken away.

Woe betide any teen who uses a tool like a pocket knife, or heck, even a table knife to cut meat.

Lighting their own fire? Good grief, those parents must either not care of their child is disfigured by 3rd-degree burns over 90% of his body or they’re purposely nurturing a little arsonist.

Heaven forbid that a child describe another child as “black” or, for that matter, refer to others as girls or boys. No actual descriptors can be used for the fear of “offending” that person, and “offending” someone is incredibly high on the hierarchy of Things Never To Do.

“Free range parenting” is all but illegal

and childhood is a completely different experience these days.

All of this babying creates incompetent, fearful adults.

Our children have been enveloped in this softly padded culture of fear, and it’s creating a society of people who are fearful, out of shape, overly cautious, and painfully politically correct.  They are incredibly incompetent when they go out on their own because they’ve never actually done anything on their own.

When my oldest daughter came home after her first semester away at college, she told me how grateful she was to be an independent person. She described the scene in the dorm.  “I had to show a bunch of them how to do laundry and they didn’t even know how to make a box of Kraft Macaroni and Cheese,” she said.  Apparently they were in awe of her ability to cook actual food that did not originate in a pouch or box, her skills at changing a tire, her knack for making coffee using a French press instead of a coffee maker, and her ease at operating a washing machine and clothes dryer.  She says that even though she thought I was being mean at the time I began making her do things for herself, she’s now glad that she possesses those skills.  Hers was also the room that had everything needed to solve everyday problems: basic tools, first aid supplies, OTC medicine, and home remedies.

I was truly surprised when my daughter told me about the lack of life skills her friends have.  I always thought maybe I was secretly lazy and that was the basis on my insistence that my girls be able to fend for themselves, but it honestly prepares them for life far better than if I was a hands-on mom that did absolutely everything for them.  They need to realize that clothing does not get worn and then neatly reappear on a hanger in the closet, ready to be worn again. They need to understand that meals do not magically appear on the table, created by singing appliances a la Beauty and the Beast.

If the country is populated by a bunch of people who can’t even cook a box of macaroni and cheese when their stoves function at optimum efficiency, how on earth will they sustain themselves when they have to not only acquire their food, but must use off-grid methods to prepare it? How can someone who requires an instruction manual to operate a digital thermostat hope to keep warm when their home environment it controlled by wood they have collected and fires they have lit with it?  How can someone who is afraid of getting dirty plant a garden and shovel manure?

Did you do any of these things and live to tell the tale?

While I did make my children wear bicycle helmets and never took them on the highway in the back of a pick-up, many of the things on this list were not just allowed, they were encouraged. Before someone pipes up with outrage (because they’re *cough* offended) I’m not suggesting that you throw caution to the wind and let your kids attempt to hang-glide off the roof with a sheet attached to a kite frame. (I’ve got a scar proving that makeshift hang-gliding is, in fact, a terrible idea). Common sense evolves, and I obviously don’t recommend that you purposely put your children in unsafe situations with a high risk of injury.

But, let them be kids. Let them explore and take reasonable risks. Let them learn to live life without fear.

Raise your hand if you survived a childhood in the 60s, 70s, and 80s that included one or more of the following, frowned-upon activities (raise both hands if you bear a scar proving your daredevil participation in these events):

Come on, be honest.  Tell us what crazy stuff you did as a child.

Teach your children to be independent this summer.

We didn’t get trophies just for showing up. We were forced, yes, forced – to do actual work and no one called protective services. And we gained something from all of this.

Do you really think that children who are terrified by someone pointing his finger and saying “bang” are going to lead the revolution against tyranny? No, they will cower in their tiny apartments, hoping that if they behave well enough, they’ll continue to be fed.

Do you think our ancestors who fought in the revolutionary war were afraid to climb a tree or get dirty?

Those of us who grew up this way (and who raise our children to be fearless) are the resistance against a coddled, helmeted, non-offending society that aims for a dependant populace. In a country that was built on rugged self-reliance, we are now the minority.

Nurture the rebellion this summer. Boot them outside

. Get your kids away from their TVs, laptops, and video games. Get sweaty and dirty. Do things that makes the wind blow through your hair. Go off in search of the best climbing tree you can find. Shoot guns. Learn to use a bow and arrow. Play outside all day long and catch fireflies after dark. Do things that the coddled world considers too dangerous

and watch your children blossom. 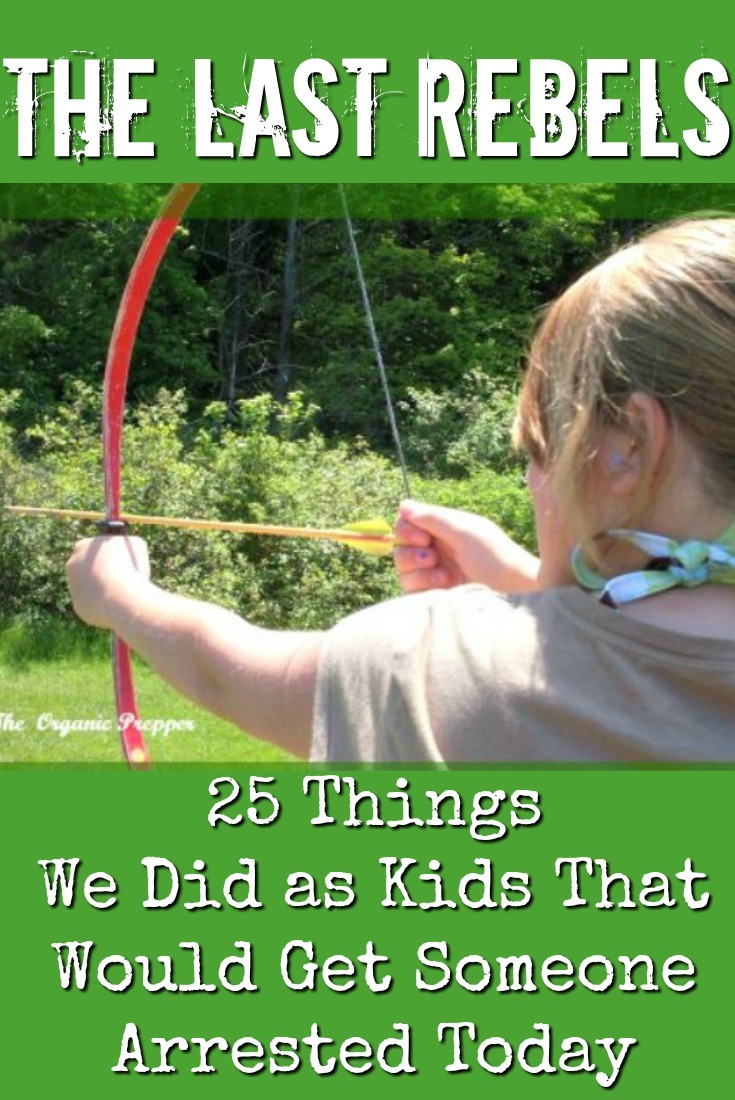