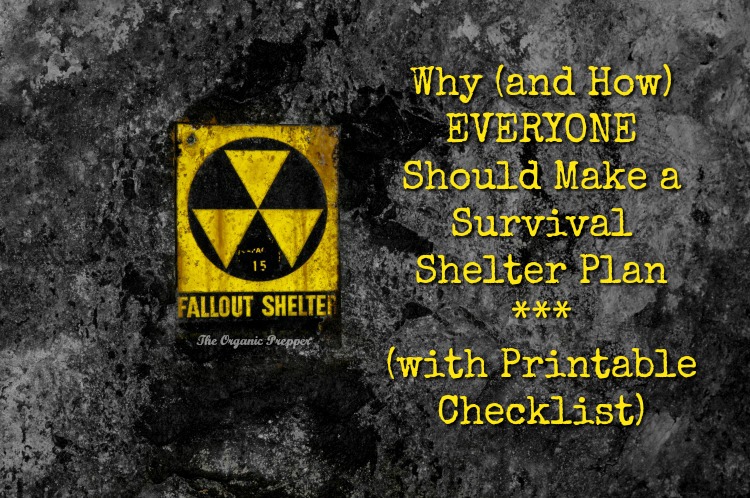 The false alarm in Hawaii yesterday should be an enormous wake-up call. It should inspire everyone, everywhere to make a survival shelter plan.

While people who panicked are busy pointing fingers at the person who allegedly “hit the wrong button” and sent out a message warning of an incoming missile and to seek immediate shelter, where should that finger really point?

Hardly anyone had a plan for where they would take shelter

For 38 minutes, hysteria reigned supreme across the island state after Hawaiians awoke to this message on their cell phones.

On the television, the following warning was issued:

Can you imagine how it felt to think your life was about to end in 15 minutes?

In some places, sirens were blaring. People were screaming and crying. Stories across social media spoke of the terror.

Social media users posted videos, photos, and testimonials about residents hurriedly taking up shelter while thinking they were under attack.

‘I was sitting in the bathtub with my children, saying our prayers,’ Hawaii state representative Matt LoPresti told CNN in emotional interview after false missile alert.

One Twitter user wrote: ‘My family was hiding in the garage. My mom and sister were crying. It was a false alarm, but betting a lot of people are shaken.’ (source)

California resident Elizabeth Fong is in Hawaii looking to buy a house and received the alert. She said she didn’t receive a correction alert stating it was a false alarm until 8:46 a.m., 39 minutes after the initial alert.

The aftermath of the false alert was “crazy,” she told NBC Bay Area, and prompted people to run around on the streets “crying and screaming,” wondering what to do.

“I prayed to God and asked for forgiveness of my sins and for Him to protect us,” she said, adding that people are still shaken up. (source)

There are videos of desperate parents putting their children into the storm drains to try and save them. There are first-person stories about the longest 38 minutes of people’s lives.

Why didn’t anyone have a survival plan?

The most important part of preparedness is planning ahead. Hawaii has been the state at greatest risk of an attack by North Korea. There were reports of an outright threat against Hawaii. There have been drills and meetings in which only a few people participated. Many people didn’t even notice the sirens being tested.

For months, the media has been full of stories about the risks of a ballistic missile attack on Hawaii and yet, many people had no idea where they would take shelter. And shelter is only the first concern – what about the weeks of fallout in which people would need to shelter in place? What about food? Water? Search and rescue?

What about a plan?

It isn’t all about fear to make a contingency plan. No one really knows why or how this alert was sounded, but the fact remains that there was wholesale panic. When we are prepared, we don’t need to panic.

There are two things for which people would need to prepare: the blast and the fallout.

No one WANTS to think about this kind of thing, but it’s oh-so-important. Keep in mind that a survival shelter doesn’t have to be a “bunker” in the traditional sense. (Although how awesome would that be?) It could be your basement, an interior room in the house, a room with fewer windows and access points, or a room that you can harden if necessary. If there is absolutely no place in your home where you can shelter, find out if the town where you reside has a public fallout or blast shelter.

The goal is to put as much MASS between you and the outside air as possible. The ideal amount is 3 feet. Windows are not an acceptable barrier. But DO NOT let a situation that is less than ideal overwhelm you to the point that you don’t take the steps you can. Very few of us have a concrete underground bunker with no windows. Very few of us have an unlimited budget. Start with the basics and add the things you can, when you can.

Print off this checklist HERE.

You need to make this survival shelter plan now. Whether you live in Hawaii, a city, or out in the country, you absolutely must be ready. If that warning comes to your phone, you will be much calmer if you know what you are going to do.

You don’t want to be running around at the last 15 minutes trying to figure out where you will go shelter. Do this NOW.

Imagine the peace of mind you’ll have when this is done. Isn’t that much better than panic? 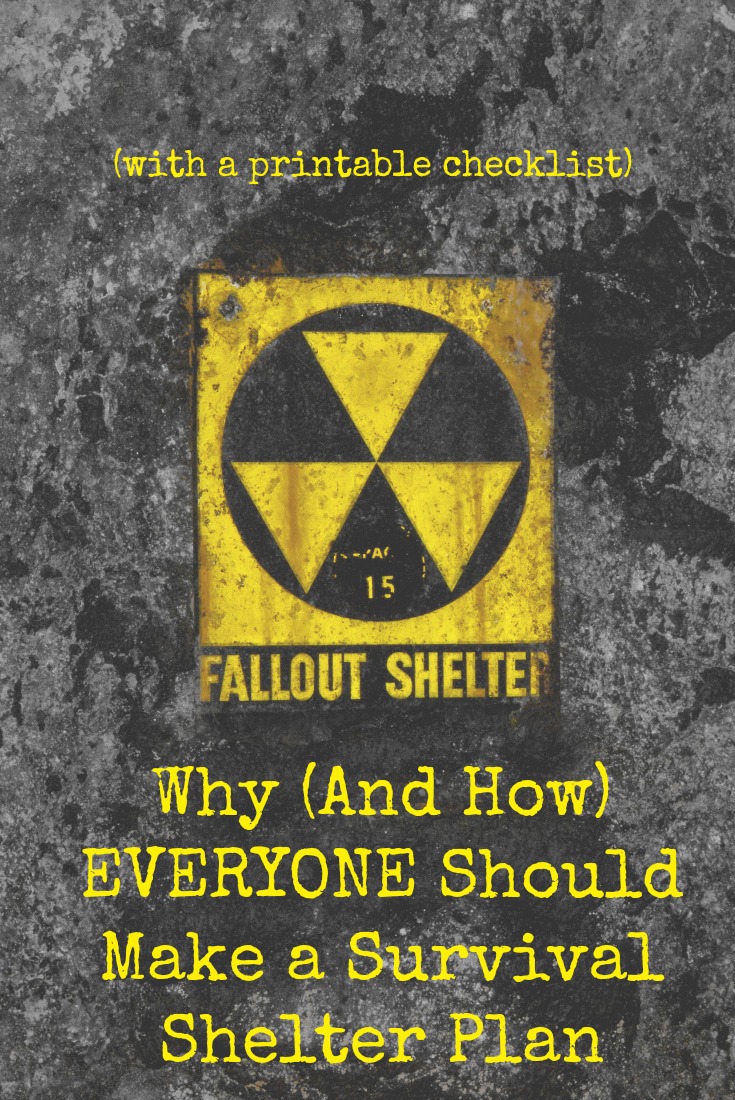