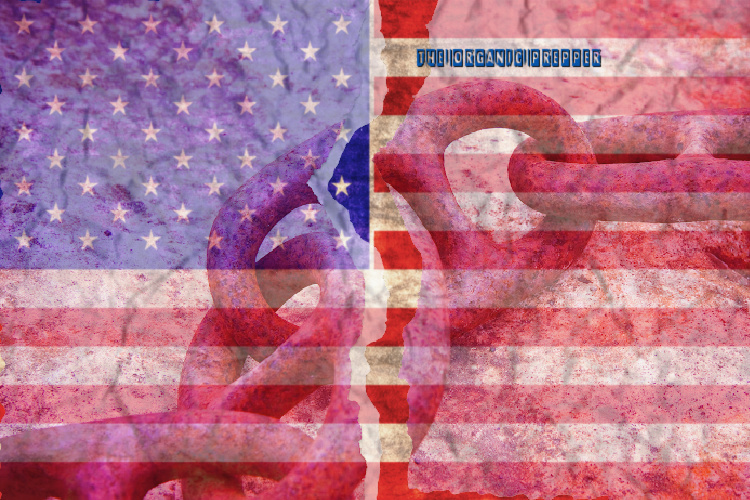 Most of us have had a hell of a past two years. Between inflation, job uncertainty, riots (depending on where you live), and the stress and mental health issues that come along with all those things, it’s easy to get overwhelmed. But right now, I think it’s time to look at some small, underreported victories for individual rights.

Let me say first that this article is not about vaccination itself. I can see no problems with informed, consenting adults trying out new medical treatments. My big issues are the sweeping mandates and the destruction of privacy regarding medical decisions. I had family visit in California recently, and they had to present their vaccination verification to enter any building in LA. In Denver, many venues are starting to require proof of vaccination upon entry.

Are we going to have to start getting weighed and proving we aren’t obese because obesity correlates with all kinds of other diseases? (The OP posted a satirical article about just this topic recently.) Are we going to have to reveal our sexual histories? When we stop viewing each other as brothers and sisters of Mother Earth and start judging each other primarily on how sick we think another person will make us, we are Othering. And Daisy’s written about where that leads.

I don’t want to speculate too wildly about the CDC’s endgame here. However, I will point out on December 2, 2020, Dr. Fauci said in an interview with Fox News that a 70% fully vaccinated population would lead to herd immunity. A few weeks later, he said herd immunity would require 85 to 90%, then admitted he really has no idea what it would take to achieve herd immunity.

Regardless of motive, the push is on.

Regardless of motive, right now, there is an incredible amount of power and money pushing to get every American, of every health condition and religious belief, vaccinated. While many scoffed about the very idea of these kinds of manipulations just a year ago, it’s all happening. The overwhelming majority of working adults are being forced to choose between their careers and their bodily autonomy. Many parents (myself included) are deeply concerned about coming mandates for schools and sports.

Fortunately, this push to override perfectly reasonable concerns about new medical technology is not going quite as smoothly as some might have hoped.

And it isn’t just police departments that are pushing back.

Police departments aren’t the only ones pushing back against the oppressive federal mandates. The private sector has had a lot to say about the situation as well.

While this declaration of unconstitutionality applies to private employers in general, health care workers receive different treatment. They do not have the option of regular testing. Faced with the likelihood of a mass exodus of health care employees, the attorneys general of ten states (Missouri, Nebraska, Alaska, Arkansas, North Dakota, South Dakota, Iowa, Kansas, Wyoming, and New Hampshire) sued President Biden on November 10.

Among other things, this coalition of attorneys general is pointing out that the mandate is unconstitutional because compulsory vaccination power has always rested with the states.

Pushback is occurring in other countries, as well

For example, in Canada, both Quebec and Ontario were forced to rescind their vaccine mandates for healthcare workers. Too many workers threatened to quit, and the government had to back down.

In Britain, officials estimate they are about to lose 123,000 health care workers to their reporting requirements. England alone has had 140,000 people on a waitlist for surgeries such as knee and hip replacements. Losing over 100,000 staff will be disastrous.

So far, England and Northern Ireland are not backing down. But Wales and Scotland have announced that they will not be mandating vaccination for health care workers.

Who are the ones fighting the mandates the hardest?

It’s no coincidence that the workers who never stopped during the pandemic are the ones fighting the mandates the hardest, and it’s not out of selfishness.

Police officers, pilots, and nurses were exposed to germs that the laptop class has been avoiding for the past two years. Most of them have already had Covid and have developed natural immunity. (Which proves to be more robust and durable than any of the vaccines on the market.) They already risked their necks with the disease, doing their jobs they can not do from home. Why should they now have to take chances with a scantily-tested vaccine that will not benefit them in any way?

During the strictest part of the lockdown, I had to go both to Denver (full of professionals) and up to Greeley (primarily oil and gas and agricultural services) multiple times. The difference was striking.

Denver was silent. I’ve joked with the other people I know that were out driving during lockdown about how much I miss quarantine traffic. But I wouldn’t want to have lived there. You weren’t allowed to leave your house unless you were walking a dog. The whole city was basically on house arrest.

Greeley, by contrast, looked normal. Except that many of the people driving cattle trucks had children with them because the schools were closed and the working class was stuck bringing their kids to work. Because I mostly homeschool, I was able to take in one child of a friend who works in an industrial warehouse.

But my friend told me that sometimes her coworkers would have to bring their kids to work with them in a non-climate controlled industrial warehouse. (Which, of course, is totally illegal. But what the heck are people supposed to do?) Children don’t disappear because teachers won’t go to work.

I needed to get animals processed. Animals have to be raised by people like me and processed by people like the good folks at Innovative Foods. So yes, I was out during lockdown, though I didn’t actually catch Covid myself until well after the lockdown was over.

My goal here is not to inflame class tensions between those who could work and school from home and those who really couldn’t. I am simply pointing out the people that have risked exposure to Covid for almost two years now: those who tend the sick, fly the planes that make the 21st century standard of living what it is and maintain our energy infrastructure.

Most of them have probably caught it already and are ready to be done with the rules and mandates. People hailed them as heroes in the early part of the pandemic. Now, people are treating them like lab rats.

Fortunately, a peaceful pushback is happening, aided by reasonable lawyers and judges who know that coercive medical treatment is wrong. None of these victories are permanent, and not all of the court cases have gone smoothly.

And if there’s one thing we can learn here, it’s that peaceful people, maintaining the moral high ground by not getting provoked to violence, can accomplish a lot. The work done by ordinary people daily turns the wheels of civilization. Martin Luther King Jr. and Gandhi showed us this in the 20th century, and there are some workplaces around the United States where people are starting to realize their own clout.

If you’re looking for more ways to fight back, check out this free book on how to Starve the Beast.

These small victories have brightened my days

I am completely aware that nothing is settled and that the powers that seem hell-bent on getting rid of any kind of personal autonomy have plenty of tricks left. But I think stalling and dragging things out is key for those of us who still value freedom. The Founding Fathers envisioned this nation as one of independent farmers and craftsmen, not technocrats and sheeple.

The more of these cases get tied up in court, the more desperate the authoritarians will become, and the more obvious it will be to the general public what’s going on. I sure don’t know myself.

This may all be temporary, but I will enjoy the moment while it lasts and take comfort in knowing that we are stronger when we fight together.

What victories for personal liberty have you noted recently? Do you think the pushback will continue? Share your thoughts in the comments.