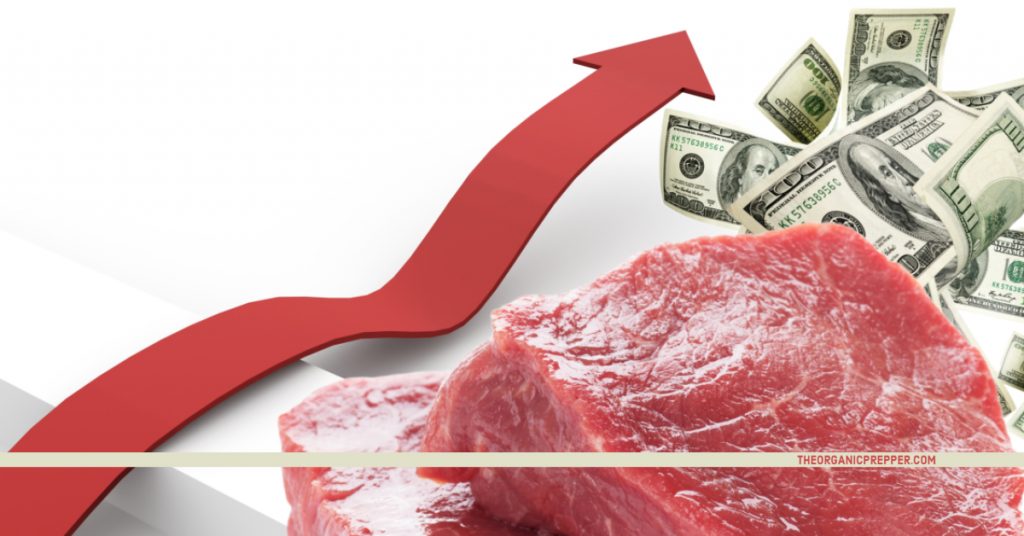 [Editorial Note: Given current events, rereading this OP article from October 2020 is timely. Also, it’s interesting – and unfortunate – to note how these things are all beginning right on the schedule laid out.]

Recently, I wrote an article discussing the looming food crisis in the United States and the rest of the world. While it might seem like paranoia to some readers, the information provided in that article is very real. In fact, I’m not the only one that’s been thinking about it.

Back in 2015, 65 people showed up at the World Wildlife Fund’s headquarters in Washington D.C. These individuals were international policymakers, corporate businessmen, academics, and “leaders in thought.” Their goal? To run a simulation of a world food crisis that would begin in 2020 and run to 2030.

The press release of the event was published on the Big Ag corporation Cargill website and revealed that the food shortage simulation that the decade between 2020 and 2030 would see two major food crises. During this time, prices would rise 400% of the long term average, there would be a number of climate-related weather events, governments would be toppled in Ukraine and Pakistan, and famine would force refugees from Myanmar, Chad, Sudan, and Bangladesh.

Does any of this sound familiar yet?

In the simulation, one governmental solution was a tax on meat. Another? A global carbon tax.

(To learn more about how to preserve what you raised this past summer, check out our free QUICKSTART Guide to home canning.)

A meat tax. A carbon tax.

Seriously. This has to sound familiar by now.

On Monday and Tuesday, 65 international policymakers, academics, business and thought leaders gathered at the World Wildlife Fund’s headquarters in Washington DC to game out how the world would respond to a future food crisis.

The game took the players from the year 2020 to 2030. As it was projected, the decade brought two major food crises, with prices approaching 400 percent of the long term average; a raft of climate-related extreme weather events; governments toppling in Pakistan and Ukraine; and famine and refugee crises in Bangladesh, Myanmar, Chad and Sudan.

Climate, hunger, civil unrest and spiking food prices came together at the Food Chain Reaction game in Washington DC this week. Cooperation mostly won the day. Along with WWF, the Center for American Progress and the Center for Naval Analyses, Cargill was one of Food Chain Reaction’s organizers. The company was represented in the game by Corporate Vice President Joe Stone.

Over two days, the players – divided into teams for Africa, Brazil, China, the EU, India, the U.S., international business and investors, and multilateral institutions – crafted their policy responses as delegations engaged in intensive negotiations.

Of course, working “globally” turned out to be the most beneficial.

Cooperation mostly won the day over the short term individual advantage. Teams pledged to build international information networks and early warning systems on hunger and crops together, invest jointly in smart agricultural technology and build up global food stocks as a buffer against climate shocks.

In the face of a steep price spike with looming global food shortages in 2022, the EU at one point suspended its environmental rules for agriculture and introduced a tax on meat. Both measures were quickly reversed in 2025, as harvests went back to normal and tensions eased in the hypothetical universe.

Carbon and meat taxes are “a possibility.”

The most eye-catching result, however, was a deal between the U.S., the EU, India and China, standing in for the top 20 greenhouse gas emitters, to institute a global carbon tax and cap CO2 emissions in 2030.

“We’ve learned that a carbon tax is a possibility in years ahead,” acknowledged Stone. “But before we can consider moving ahead with a measure like that, we must study it and understand it much better. We have to avoid sudden market distortions and unforeseen consequences.”

Stone said he was impressed with the complexity of the game and the second and third order consequences of some of the decisions that were taken. “Take the meat tax Europe wanted to impose, and think through that. What meat are you going to tax – does that mean poultry and beef or aquaculture as well? Where do you levy the tax, where does the money go, what are the unintended consequences?”

The game was built over the course of months, with maximal realism in mind. The scenario was extrapolated from events that have actually occurred in the real world, such as the food crisis of 2008-2009 or the recent string of hottest years and months on record.

Cargill economist Tim Bodin, who helped design the game and sat on the judges’ panel that evaluated the team’s moves, said he was surprised by the degree of cooperation. “Most people started out with a short-term perspective, but transitioned to long-term measure pretty quickly – they started working to strengthen resiliency instead of just putting out fires.”

Keep in mind, this press release and the exercise took place in 2015 yet it’s almost as if they were reading the script for 2020.

The fact is, we know there is an agenda for all of these things – food shortages, meat tax, global carbon tax and if COVID has been anything, it has been the most helpful little virus to ever have existed. That is, as long as you’re a member of the global feudal overlords. If you’ve been reading my articles recently, I’d encourage you to pay attention to what’s being said. Self-reliance is about to become a whole lot more important.

Do you think the price of food will increase as much as predicted in this simulation? How are you planning to prepare for this? If you knew of this previously, what do you think now?  Share your thoughts in the comments below.