Remember What It Is to be an American. And Let Freedom Reign Again. 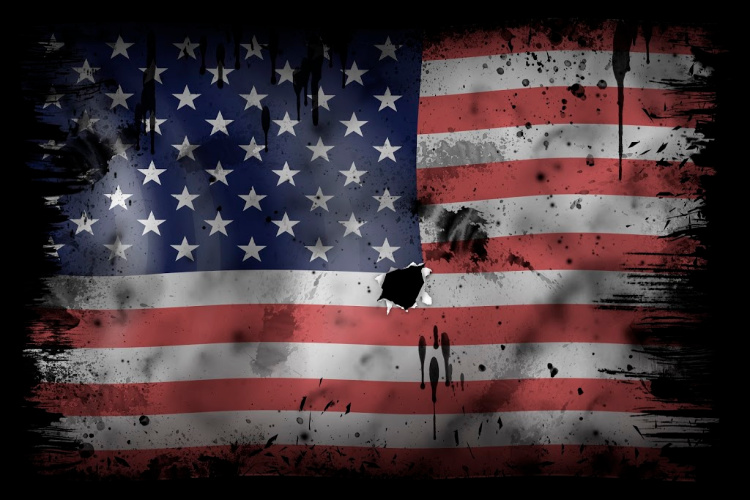 This has been a year like no other, and as Independence Day rolls around, I find myself looking at the whole thing differently than in years past. I still celebrate the freedom that I have but we’re watching it disappear at a such rapid pace.

Somehow, neighbor has turned against neighbor, brother against brother, and Americans are turning against their own country.

In my memory, it’s never been as bad as it is now. Those of you who recall the protests over the Vietnam War and other conflicts may see things differently – I’m not sure how it was in our country during those times. I can only speak about what I personally recall.

We are weaker when we are divided.

If we live in a country where we have no voice and no representation, do we really live in a free country? Is it the same country at all as the one that was formed back on July 4, 1776?

Right now, our enemies are rubbing their hands together with glee, delighted to watch online the fall of our united country. They’re adding fuel to the fire and sowing seeds of discord. Al Qaeda recently released a letter to the “oppressed masses” urging revolution and China just got busted smuggling 10,800 “assault weapons parts” into Louisville by US Customs and Border Protection officers. Those are just two examples of groups that take great pleasure in our current implosion.

We are weaker when we are not united. We are ripe for the picking.

Every year for the past ten years I’ve written a post on the Fourth of July about reclaiming our personal freedoms. This year, I can’t find the words to do that. This year, everything is different.

2020 is the year that dissent has been silenced.

I’ve never been in a situation as a writer in which my livelihood was at risk for continuing to tell the truth as I see it. I never felt that my entire family would fall under threat if I wrote the truth about groups that have insidiously taken over the media, proclaiming anyone who disagrees with them to be hateful racists. I never imagined that I’d be censored to the point that I’ve lost control of my own social media accounts, that my website would be at risk, or that my voice would be among those who have been silenced so that a new regime of media could burn our virtual books.

Censorship is the beginning of the end, my friends.

When dissent is silenced, only one opinion remains. When people only hear one opinion, many of them think that by default, this opinion must be the truth. Censorship is the death of critical thought. That is why our Constitution was written to protect free speech and a free press.

Yet here we are in the year 2020 with an avid cancel culture, organized and well-funded riots in our streets, and an alternative media that continues to be purged.

We’re watching people whose only goal is to destroy our country. They latched onto a good cause and then took it to a dark place, inciting violence and hatred between fellow Americans. They are trying to erase our history and our culture. They’re brainwashing a generation of young Americans and turning them into the new Red Guard. They’re creating an environment of mob justice and terrorizing our cities and saying their cause is just. They’re canceling out dissent by calling anyone who dares criticize the wholesale violence and vandalism a racist.

It started out as a righteous cause but that cause was hijacked.

They’re turning us against one another, deliberately, and with malicious intentions.

Our political system is an outrageous mess.

We have a man at the helm of our country who is the most unpopular president of my lifetime, to hear the media tell it.

Yet at the same time, President Trump draws crowds of thousands every time he makes a public appearance. His fans are loyal and they actually have to have a certain amount of bravery to dare in this climate to wear a hat with his name on it.

Americans should not be publicly shunned or have their property destroyed for supporting the President of the United States. A person may internally roll his or her eyes at people wearing a Trump t-shirt. Hey, I admit that I find MAGA clothing rather cringeworthy, but I also internally shuddered at the people wearing an Obama t-shirt or at those who emblazoned their vehicle bumpers with a Hillary Clinton sticker. I might not care for the sentiment on the apparel, but at the same time, I would defend to the death a person’s right to publicly support the politician of their choice.

Trump’s presidency has been destroyed by the mainstream media and those with an agenda. Now let me be perfectly clear when I say I’m not really a big fan of the President.  But I wasn’t a fan of the last President or the one before that either.  There’s still a certain courtesy that should be offered to the person in the office and that’s simply not happening with President Trump.

Our system has become a joke. We are literally choosing between a reality television star and an old man with dementia who is openly inappropriate on-camera with women and girls to be the next leader of our country.

Congress is now a career path to unfathomable wealth, not a public service.

Our enemies are seeking to destroy us from within. They’re dividing us. They’re mocking us. They’re destroying our culture, our way of life, and the very foundations upon which our country has stood for all these years.

We are watching a Marxist revolution in the works but we can stop it.

The only way forward, the only way to cure this division, is to strive for unity and equality. I’m not saying our country is perfect. We have work to do. We have injustices to correct. We have biases that have been allowed to stand for too long.

But we can fix this.

All of us, men, women, black people, white people, Latino people, Asian people, straight people, gay people, people of different faiths and belief systems, no matter who we are or how we identify, we need to work together, not seek to separate ourselves from our fellow Americans. We need to listen when our brothers and sisters cry out to us for help. We need to stop jumping straight to rage, cancellation, and violence at any affront. There are “snowflakes” out there in every political and social faction and we need to stop letting these perpetually offended people have all the microphones.

A return to our natural human rights

We need to go back to the basics of our Bill of Rights, which was designed to protect the freedoms that should be considered natural human rights due to every human being.

Remember that we have a government of consent. Their power is only lawful if we agree to their governance.

Remember who we are. Our ancestors were rebels. They were immigrants who sought to be free. They were the people who gave their lives for the freedom of others.

Be worthy of that legacy.

This morning, I woke up in a country that was not the America of my childhood, not the beacon of freedom that we celebrated on the 4th of July, not the country people fought and died for. Instead, it is a country filled with rage, discontent, and manipulated tension. People created this disharmony on purpose, to fulfill their own vision of the future by erasing our history and brainwashing our children.

But we can get back what we’ve lost. We haven’t gone too far, not yet. We may be battered but we are not broken.

We can remind the younger generation what freedom really is, and in doing so, we can reclaim all the things that have made our country a beacon of freedom that people all over the world used to covet.

It doesn’t have to be this way. Don’t let those who would destroy our country continue to take it over. We can show the world yet again why the people of the United States of America are a force to be reckoned with.

We stand when united.

But we will fall if we continue to be divided.

The message I have today is this:

Be strong. Be brave. Be one with your brothers and sisters. Stand up for the rights of others as well as your own. Remember who you are. Remember what it is to be an American. And let freedom reign again.