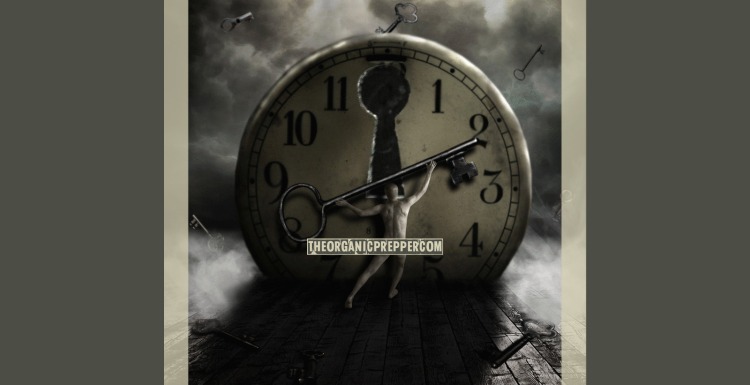 You’ve likely heard a word tossed about in the narrative of late that has you somewhat dumbfounded: transhumanism.

What on earth does that mean?

While the term has been around for decades, it’s always been a fringe aspect of the scientific community. And by fringe, I mean fringe of the fringe. Nobody knew what transhumanism was. However, now the movement is growing like never before, and the well-informed American needs to know what it encompasses.

Do you remember the Borg from Star Trek? While perhaps not as grotesque, transhumanism seeks a similar path to reach its end goal. In some cases, you can see aspects of transhumanism in today’s culture. Ever seen anybody with a prosthetic leg? Transhumanists would claim them as one of their own.

But that only scratches the surface of the situation. A true transhumanist wants to see things go much further. Brain implants, neural links to the internet, and much more are all part of their ultimate goals.

And what is the ultimate goal?

The Difference Between Posthumanism and Transhumanism

What Are the Aspects to Usher in a Transhumanist World?

There are several talking points transhumanists will reference when discussing how to reach their end goals. Chief of these are:

According to transhumanists, using nanotech to become stronger, smarter, and teleport are all potential uses for such science.

Designer babies would probably fall under this umbrella as well. Imagine the notion of showing up to a fertility clinic and choosing the traits you want your child to have (boy, blue eyes, athletic, intelligent, etc.) and then having a scientist compile those genetic traits together for you into an embryo. According to transhumanists, the end goal is a healthier child that meets your expectations and wishes.

To my knowledge, the earliest notions of transhumanism can be found in a 1929 article by JD Bernal titled The World, The Flesh, and The Devil.  Bionic implants, cognitive enhancement, and space colonization were all discussed here. While there are arguments made for transhumanism being a thought process even further back, I think this paper is the most modern example.

However, the first self-described transhumanists didn’t meet until the early 1980s in Los Angeles at the University of California. The movement continued to spread as Nick Bostrom founded the World Transhumanist Association in 1998 (now Humanity+).

Milestones were made for the movement. Among those were:

As you can see, transhumanist thought has been around for quite some time. As time goes on, it will become more frequently and openly discussed. You can check out Steve Quayle’s book on the subject for more information.

Are There Moral Conundrums With Transhumanism?

Just as with anything, there will be pros and cons, and transhumanism is no exception here.

What are your thoughts on:

All of these situations had a problem solved by an implant/addition created by current technology. It’s hard to have a problem with such.

But do transhumanists take things a step further? I believe they do. 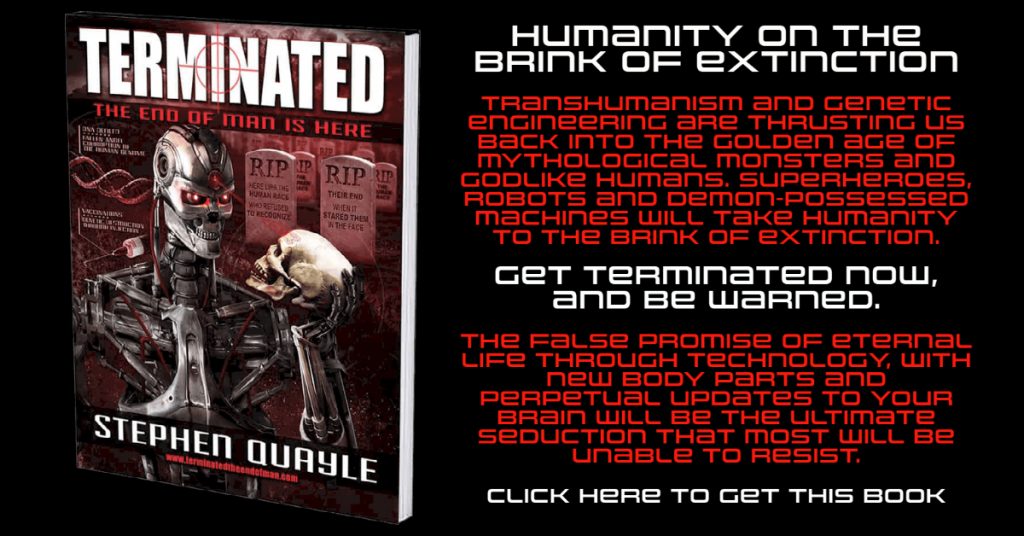 How Far Are Transhumanists Willing to Go?

Uploads: Remember, this is the melding of man with machine. Ray Kurzweil points out in his book The Singularity is Near, this is when your consciousness is uploaded to a cloud. Uploads enable a person to theoretically teleport and manifest anywhere on earth. These capabilities are made possible by an ever-present cloud of nanobots that reassemble the person.

Can the soul be transferred out of your body to a machine, though? Nope. To me, that is mass murder/suicide. A simulation may predict how you would react in every situation. However, it wouldn’t be the real you. The real you would have died at the moment of upload.

Nanotechnology | Epigenetics: If ever-present nanotechnology is a goal, what about those who don’t consent to such. Is this not akin to a sheddable vaccine? Is it not a violation of informed consent? If I don’t want nanotechnology interacting with my body, what right does anyone have to force me to do so?

Molecular Assemblers: What could be the cost of tinkering with genetic material? What if problems arise we can’t undo? Could we very easily end up with a Will Smith I Am Legend type scenario? Or, humans being genetically engineered to be tiny dolls, super polite waitresses, or other one-shot entities like those in Cloud Atlas?

Artificial Intelligence: How much of your autonomy are you willing to give up to a machine? Eventually, one should ask, “How much government control should we hand over to artificial intelligence?”

Are There Dangers to Transhumanism?

Aside from the moral qualms, there are some veritable dangers to transhumanist philosophy as well.

The Singularity: As pointed out above, this would be mass suicide/murder. In a world where climate change is a chief concern, though, it could be argued the more uploads we have, the more negligible effect we’ll have as a whole on the planet. Could mandatory uploads result? This point is most certainly very remote and far out. However, if transhumanists are going to raise it, we should think of some response aforehand, should we not?

Epigenetics: DNA is notoriously complex. While one may believe they’ve created a solution, what if they’ve made a bad genetic trait that’s not revealed till 30 years down the road? Puberty is genetic, striking 13 years or so after birth. Baldness is genetic, striking decades after birth. Who’s to say they won’t create something more severe like psychosis that spontaneously demonstrates at the age of 25?

We literally have no idea. Why? Because it’s never been done before? What if the bad trait created becomes inherited? Perhaps it’s that somebody’s arm rots off when they turn 38. We end up with a whole generation of kids who are bound to suffer the same fate. Once more, while that’s an extreme example, it gets us to think about the host of potential possibilities that need to be considered before engaging in such an action.

What is the Future of Transhumanism?

According to Klaus Schwab, “The Fourth Industrial Revolution will lead to a fusion of our physical, digital, and biological identity.”

Some wonder if this is verification the Great Reset is foundationally driven towards transhumanism. We’ve most certainly seen it’s a growing movement. In 2016, noted transhumanist Zoltan Istvan actually ran for US president.

So where are we going to turn next? It’s hard to say. I believe that nanotechnology will be one of the prime movers in the near future. However, I do know this: transhumanism is here to stay, and it is only going to gain even more momentum within the next few years.

It pays to stay well-informed on what is happening here. This movement is going to impact your life.

What are your thoughts on Transhumanism?

Where do you think this movement will lead? Do you consider it a benign, positive science, a threat to mankind, or something in between? Let’s discuss it in the comments.