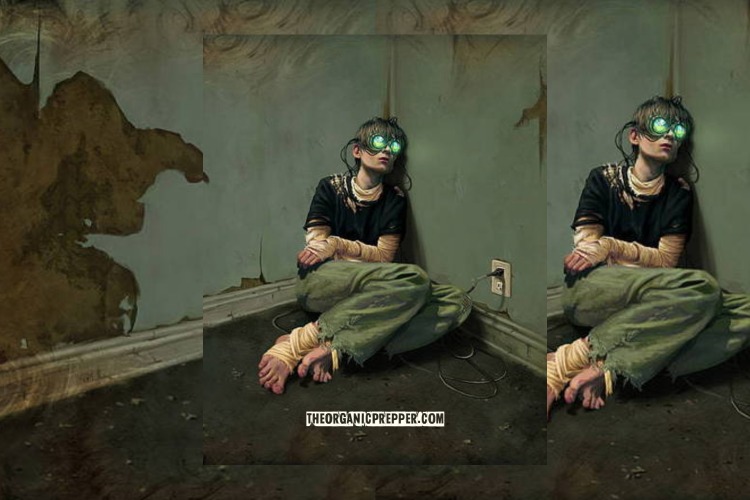 Valve, the company behind Life and Counter-Strike, has just announced that the video games giant is ushering humanity into a Brave New World. How so? By merely including new technologies called brain-computer interfaces in its games.

BCIs will work on our feelings by adjusting the game accordingly

The head of Valve, Gabe Newell, has stated that the future of video games will involve “Brain-computer interfaces.” Newell added that BCIs would soon create superior experiences to those we currently perceive through our eyes and ears.

Newell said he envisions the gaming devices detecting a gamer’s emotions and then adjusting the settings to modify the player’s mood. For example, increasing the difficulty level when the player is getting bored.

Valve is currently developing its own BCIs and working on “modified VR head straps” that developers can use to experiment with signals coming from the brain. “If you’re a software developer in 2022 who doesn’t have one of these in your test lab, you’re making a silly mistake,” Newell said.

VR headsets will collect data by reading our brain signals

Valve is working with OpenBCI headsets. OpenBCI unveiled a headset design back in November that it calls Galea. It is designed to work alongside VR headsets like Valve’s Index.

“We’re working on an open-source project so that everybody can have high-resolution [brain signal] read technologies built into headsets, in a bunch of different modalities,” Newell added.

“Software developers for interactive experience[s] — you’ll be absolutely using one of these modified VR head straps to be doing that routinely — simply because there’s too much useful data,” said Newell.

The data collected by the head straps would consist of readings from the players’ brains and bodies. The data would essentially tell if the player is excited, surprised, bored, sad, afraid, or amused and other emotions. The modified head strap will then use the information to improve “immersion and personalize what happens during games.”

Newell also discussed taking the brain-reading technology a step further and creating a situation to send signals to people’s minds. (Such as changing their feelings and delivering better visuals during games.) 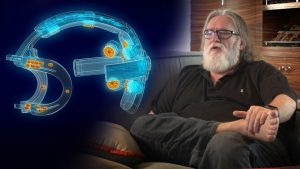 “You’re used to experiencing the world through eyes,” Newell said, “but eyes were created by this low-cost bidder that didn’t care about failure rates and RMAs, and if it got broken, there was no way to repair anything effectively, which totally makes sense from an evolutionary perspective, but is not at all reflective of consumer preferences.”

“Where it gets weird is when who you are becomes editable through a BCI.” ~ Gabe Newell

Typically your average human accepts their feelings to be how they truly feel. Newell claims that BCIs will allow for an edit of these feelings digitally.

Newell also claims that another benefit could be the reduction or complete removal of unwanted feelings or brain conditions.

Doesn’t something good come from this technology?

Newell and Valve are working on something beyond merely the improvement of the video game experience. There is now a significant bleed over in the research conducted by Newell’s team and the prosthetics and neuroscience industries.

“This is what we’re contributing to this particular research project,” he said, “and because of that, we get access to leaders in the neuroscience field who teach us a lot about the neuroscience side.”

Are we equipped to experience things we have never experienced?

Newell briefly mentioned some potential negatives to the technology. For example, he said how BCIs could cause people to experience physical pain, even pain beyond their physical body.

“You could make people think they [are] hurt by injuring their tool, which is a complicated topic in and of itself,” he said.

From the TVNZ article:

Game developers might harness that function to make a player feel the pain of the character they are playing as when they are injured — perhaps to a lesser degree.

Like any other form of technology, Newell says there’s a degree of trust in using it and that not everyone will feel comfortable with connecting their brain to a computer.

He says no one will be forced to do anything they don’t want to do, and that people will likely follow others if they have good experiences, likening BCI technology to cellular phones.

“People are going to decide for themselves if they want to do it. Nobody makes people use a phone,” Newell said.

“I’m not saying that everybody is going to love and insist that they have a brain-computer interface. I’m just saying each person is going to decide for themselves whether or not there’s an interesting combination of feature, functionality, and price.”

But Newell warned that BCIs come with one other significant risk. He says, “Nobody wants to say, ‘Remember Bob? Remember when Bob got hacked by the Russian malware? Yeah, that sucked. Is he still running naked through the forests?'”

Is this just another step in separating us from ourselves?

The truth is we will continue to be told to ignore the implications for this type of technology and the direction in which we are heading. Because, of course, they ARE developing prosthetics, and this is an advance in scientific discovery. Still, one step forward by an agenda and a plan created long ago only brings us that much closer to losing our ability to remember.