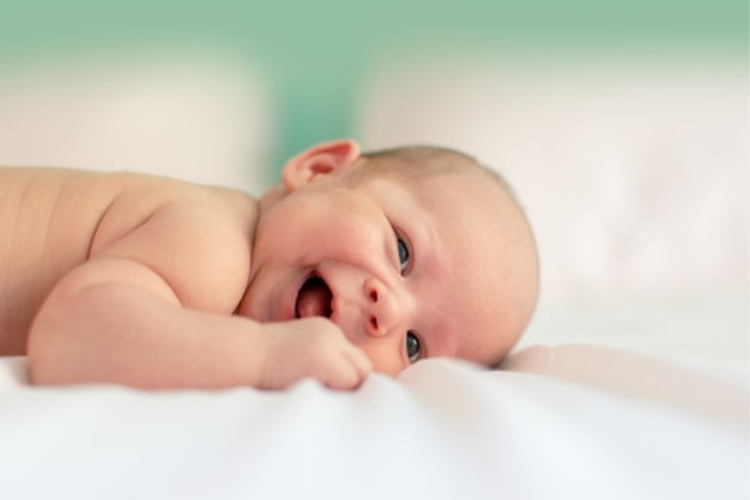 C.S. Lewis, beloved author of The Lion, The Witch, and The Wardrobe had an important warning about genetically edited babies…and he said it 74 years ago – in 1944.

The Internet is enraptured that science may have crossed yet another threshold: another gene-edited baby greets the world.

The first genetically edited babies have already have been born.

Yet many scientists are condemning the news that a Chinese scientist recently used CRISPR gene-editing technology on twin girl embryos to prevent them from potentially contracting HIV and AIDS viruses. Believe it or not, many countries including China and the United States do not allow genetic editing on babies because it could pass on untold consequences through the genetic line.

Of course, there have been exceptions.

Speaking at a genome summit in Hong Kong, scientist He Jiankui declared he was proud to alter the genes of twin girls so that they could not contract HIV.

While his claims have not been verified, Jiankui says he created the “world’s first genetically edited babies” who were allegedly born this month.

“It’s scary,” said Dr. Alexander Marson, a gene-editing expert at the University of California. Other scientists in the field are horrified as well, and He’s university, the Southern University of Science and Technology in Shenzhen said it will launch an investigation. He is on unpaid leave, but that doesn’t change the fact that genetically edited babies are here.

“I feel a strong responsibility that it’s not just to make a first, but also make it an example,” He told the Associated Press. “Society will decide what to do next.”

UPDATE: The scientist in question has now gone missing adding a sordid twist to these developments.

The idea of genetically edited babies is still so surreal, that it still seems the stuff of dystopian sci-fi books and futurist think tanks.

No one would bat an eye if reading about genetically edited babies in a Philip K. Dick story or in the opening chapter of Aldous Huxley’s Brave New World. And especially not in futurist shows like Netflix’s Black Mirror where a girl is injected with a brain implant that blocks anything violent or emotionally upsetting from her vision; a permanent brain hack. Nothing out of place there.

C.S. Lewis warned us about genetically edited babies in 1944.

But in C.S. Lewis’ book The Abolition of Man, the topic is about keeping values in a modern society. It’s a highly debated book and is considered #7 of National Review’s top 100 non-fiction books of the 20th century.

Thanks to writer Anne Holmquist, who compiled the following C.S. Lewis quotes in her article: “A 1944 Warning About Genetically Edited Babies.”

She quotes The Abolition of Man, emphasis hers:

Each generation exercises power over its successors: and each, in so far as it modifies the environment bequeathed to it and rebels against tradition, resists and limits the power of its predecessors. This modifies the picture which is sometimes painted of a progressive emancipation from tradition and a progressive control of natural processes resulting in a continual increase of human power. In reality, of course, if any one age really attains, by eugenics and scientific education, the power to make its descendants what it pleases, all men who live after it are the patients of that power. They are weaker, not stronger: for though we may have put wonderful machines in their hands we have pre-ordained how they are to use them.

Lewis goes on to explain that a world that tosses aside values is just as bad for its predecessors as it is for its successors.

Then, he shows a 74-year-old concern for “designer babies.”

The final stage is come when Man by eugenics, by pre-natal conditioning, and by an education and propaganda based on a perfect applied psychology, has obtained control over himself. Human nature will be the last part of Nature to surrender to Man. The battle will then be won. We shall have ‘taken the thread of life out of the hand of Clotho’ and be henceforth free to make our species whatever we wish it to be. The battle will indeed be won.

So, will humanity be able to thoughtfully wield this newfound power? Lewis writes,

I am very doubtful whether history shows us one example of a man who, having stepped outside traditional morality and attained power, has used that power benevolently. I am inclined to think that the Conditioners will hate the conditioned.

At the time of Lewis’s warning, scientists were experimenting with chimeras.

Eugenics is nothing new. Eugenics societies were brazenly out in the open in 1920s America. Instead of dissolving, some of them simply rebranded themselves as “social biology.” Some of the cautionary, dystopian stories of the time may have been wrought straight from reality.

Around the same time, there were mad scientists conducting chimera experiments on animals and humans. The idea was that by swapping body tissue, humans could gain new pep and longevity from the animals. Not only was this tortuous and fatal to countless numbers of animals, but humans too.

Today, the controversy of human experimentation surrounds discarded embryos used for the purpose of gene-edited babies and also the uncertainty of their future and human lineage. All I can say is that this is hauntingly similar to the opening chapters of Brave New World where many of the cloned, lab-designed embryos are discarded casualties for the “greater good” if they end up mutated or don’t make it.

In recent times, the idea of genetically edited babies is not new. They are still being “created” in the UK using a controversial method.

Scientists created babies with three parents for the purpose of allowing women with genetic disorders to have children that wouldn’t die from a fatal genetic disorder. They’d fertilize the mother’s egg with the father’s sperm and also a donor egg with the father’s sperm. In a technique called pronuclear transfer, they’d remove and discard the nucleus of the donor’s fertilized egg and transfer the nucleus of the mother’s egg into the donor egg.

A Jordanian couple refused that method so the scientist did the same process except with the unfertilized eggs, called spindle nuclear transfer.

The embryologist performing these techniques said “to save lives is the ethical thing to do,” but he purposely conducted this experiment in Mexico where “there are no rules,” his words. Others have pointed out that out of five experimental embryos, only one developed normally.

Some people worry about a slippery slope where there will be designer babies that can be picked based on features and IQ.

Actually, that slope has already slipped.

This is what one of the mothers of the 3-parent baby told NPR about using another mother’s DNA:

“I knew that that tiny little bit of DNA is not responsible for such crucial stuff as your eyes color, your hair, your character and all[the]other important stuff,” she says of the donor’s DNA. It seemed, she says, “not very important for [the] child’s appearance and his character, his mentality.”

Additionally, the embryos were all forced to be boys so as not to pass on the gene problem. That’s a predetermined design. On the other hand, one of the babies is a girl which violates the original rules and…hey, who is supervising all this stuff anyway?

Could gene editing one day be required?

In growing our survival and prepping skills it’s best that we don’t lose sight of the world we are leaving to our future children. It’s important to speak up if something is wrong and continue pointing it out even if the plan goes forward, and even if we are ridiculed.

As it’s been repeatedly admitted, it’s not a life-saving technique, it’s yet another social experiment on humans. Will we even recognize humanity in 30 years?

Is the act of genetically-editing babies warranted – why or why not? Do you foresee problems for genetically edited babies as they grow older? Sound off below!