Will Russia Attack Germany for Aiding Ukraine with Weapons Maintenance and Training? 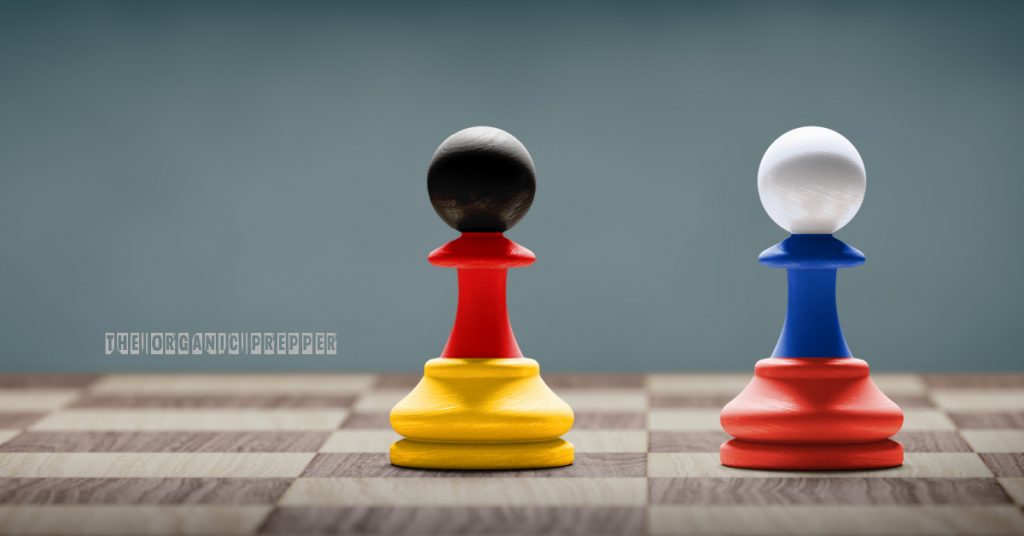 Germany has just created a maintenance hub within the nation of Slovakia to perform work on weapons coming out of the Ukrainian War. These weapons are predominantly going to be howitzers and anti-aircraft systems that have been supplied to Ukraine via the West.

According to German Defense Minister, Christine Lambrecht, a member of the Social Democratic Party, “We have reached [an] agreement, and work can start immediately so that all the equipment which has been supplied can be repaired after coming out of battle.”

She also added that Germany is planning to train 5000 Ukrainian soldiers within Germany’s borders by the end of June as part of a European Union training exercise.

Back in March 2022, Russia’s Foreign Minister Sergei Lavrov warned the world that anybody transporting weapons to Ukraine would be viewed as a legitimate military target. He stated, “We clearly said that any cargo moving into the Ukrainian territory which we would believe is carrying weapons would be fair game.”

Keeping Sergei Lavrov’s threat/warning in mind, this means that Russia could most certainly view an attack against German soil or buildings as being a valid military action. The German weapon maintenance hub would most certainly be viewed as cargo in transit, and there is a very good possibility that a facility that was explicitly training Ukrainian soldiers with the view of returning to fight Russians could be viewed in the same manner.

We do know that Ukrainian infrastructure is currently being targeted.

Power and water supplies throughout the nation are being destroyed via air strikes, and it’s been stated these are suicide drones that are accomplishing this. This leaves Ukrainians without a form of light or heat as winter sets in.

This is relevant in that Germany is already facing a similar problem. If actively targeting civilian infrastructure is now fair play, the same could be used to devastating effect in Germany, a nation that already has a history of heavy reliance on Russia for fuel. Last year, Germany received 55% of its gas from Russia. As of July 2022, the Nord Stream 1 pipeline from Russia to Germany was strangled to 20% of its capacity due to alleged equipment repairs.

Germany has since mandated that public buildings not exceed 66 degrees Fahrenheit this winter, there’s a severe firewood shortage there, and at the moment, German sources are predicting that 400 Germans will die within 96 hours of a power outage there.

(What would you eat if a power outage hit your area? Check out our free QUICKSTART Guide for some great advice.)

If Germany provokes Russia with these weapons and troop training, they could potentially see a further impact on their infrastructure.

They’re already going to be without heat this upcoming winter, having placed themselves on a very narrow precipice. It wouldn’t take much of an action at all to lead to devastating consequences against the Russians. A small push could lead to a large fall.

Perhaps this is what geopolitical forecaster George Friedman had in mind when he said that Germany would play a huge role in the next World War?

Further complicating matters is the fact that there was recently a missile explosion in Przewodow, Poland, right on the Ukrainian border.

Early reports indicated that this was a Russian cruise missile that had caused the damage and deaths. Later, reports stated that it was a stray Ukrainian air defense missile.

As Mike Shelby has pointed out, had this been reported to be a Russian missile, then Article 5 of the NATO charter – the mutual defense clause – would have required every NATO member to have then gone to war against Russia. Immediately upon such a declaration, all military targets throughout NATO would have been deemed to be fair game by Russia. Poland and Germany would have likely been attacked immediately, perhaps via some of the methods discussed below.

Were these report changes the fog of war or avoidance of World War 3?

NATO Secretary General/Norwegian politician/member of the Norwegian Labour party, Jens Stoltenberg, has said that an investigation is ongoing regarding the missile strike, but that whether it was a Russian cruise missile or an errant Ukrainian missile, the blame is Russia’s as they bear what he termed the “ultimate responsibility” for an “illegal” war.

War is always on the verge of spreading further, but as Clausewitz pointed out, the spread of war occurs incrementally.

Given what we are seeing, in addition to the recent movement of Russian MIG-31K fighters and Kinzhal hypersonic missiles to Belarus, it would serve you well to stay abreast of the current global situation so that you are not caught unawares.

Things are continuing to escalate, not de-escalate, and monitoring what happens would be a wise course of action.

What are your thoughts on all of this? Where do you see things going next? Do you feel that Germany will be attacked by Russia? Let us know what you’re thinking in the comment section below.