The US Is Sending “Suicide Drones” to Ukraine 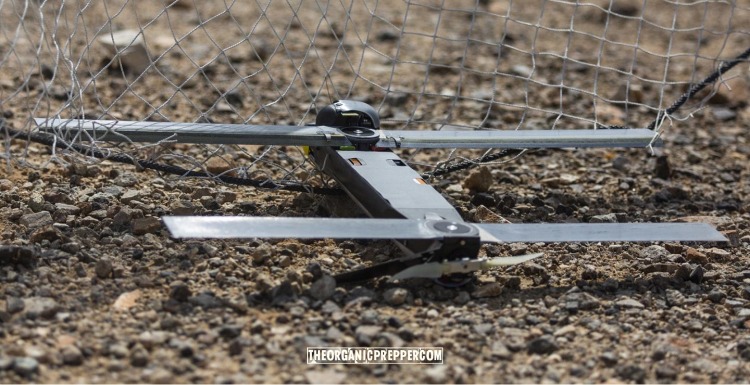 The robot dogs are already here. Now, it appears that the drones from Slaughterbots have finally arrived to the scene as well.

What is the Switchblade kamikaze drone system?

Manufactured by Arlington, Virginia, AeroVironment, Switchblade drones are tube-launched suicide drones equipped with explosive warheads. As of this writing, two varieties of the Switchblade system are available the 300 model series and the 600 model series.

The Switchblade 300 is a 5.5-pound, backpackable explosive suicide drone that appears to be designated for anti-personnel purposes. The drone can fly for up to 15 minutes and up to 10 km in distance. Real-time GPS coordinates and video are provided by the drone so that it can be flown into the intended target.

The 600 series is a 50-pound suicide drone that is used primarily for anti-armor purposes, though AeroVironment states that it can be used for anti-personnel uses as well. It has a range of upwards of 90 km and can fly for upwards of 40 minutes.

(AeroVironment also makes a “loitering” observation drone known as the Blackwing that also appears to be backpackable – weighing only four pounds.)

(To ensure you always have access to The Organic Prepper, make sure to check out our subscription newsletter.)

What has been said about the Phoenix Ghost?

The best official source of information we have about the secretive new drone is from John Kirby, Pentagon spokesman.

He said, “Without getting into the specifications, but the kinds of things this drone can do lend itself well to this particular kind of terrain.”

He went on to add, “I think I’m just going to leave it at that. But its purpose is akin to that of the Switchblade…which is basically a one-way drone, an attack drone. And that’s essentially what this is designed to do.”

Kirby also said, “It can also be used to give you a sight picture of what it’s seeing, of course. But its principal focus is attack,” and that “We will continue to move that development in ways that are attuned to Ukrainian requirements for unmanned aerial systems of a tactical nature in eastern Ukraine.”

(For information on emergency evacuations, make sure to check out our free QUICKSTART Guide.)

What can we deduce about the Phoenix Ghost?

The secrecy around the Phoenix Ghost system will likely soon be unveiled to the world. It’s unlikely that this is anything more than another explosive-warhead drone. The only specialized features that are liable to differentiate this weaponized drone from the Switchblade are within the software and defensive measures that the Phoenix Ghost is capable of.

At the bare-bones level, this is likely just another tube-launched suicide drone. There is the possibility that facial recognition is utilized within the drone (making for lower collateral damage – just use social media to create a facial recognition database of known Russian soldiers so that Ukrainian civilians are hit by accident), but this possibility is based on conjecture, not fact. No official statements have been made suggesting this.

Phoenix Ghost drones are manufactured by Aevex, and the company is keeping details about their product under a tight wrap. There are no references to the drone anywhere on their website.

What response will we see?

At the micro-level, new forms of anti-drone technology are soon going to be used by the Russians. Perhaps the best example of this type of tech can be found from TRD Singapore, a company that specializes in anti-drone weaponry.

TRD Singapore produces a strange array of laser cannon-looking guns and backpack drone jammers, all with the specific purpose of drone hunting. Their Orion-10 system has currently been used in over 16 countries to hunt drones, and they recently sold over ten backpack drone jammers to an unknown entity in the United Arab Emirates.

Drone-on-drone, spoofing, hack attacks, and laser attacks are all utilized by the company’s products to engage in anti-drone warfare. Examples of some of their products can be seen HERE.

UAVs were a complete game-changer, but the invention of backpackable, explosive-filled suicide drones is a completely different development from the release of the first Predator drone. A new form of warfare has now been created, and though these weapons have been utilized somewhat in isolated incidences throughout recent history, this is likely going to be the first confrontation the world will see where backpackable, anti-personnel drones will be used extensively.

A new class of soldiers will now be needed, the drone hunter, and this will impact militaries down to the squad level. Now, small bands of soldiers are not only going to have to be able to effectively defend themselves from drone attacks as they carry out their missions, but they’re also going to have to be able to launch small-scale drone attacks of their own, or they will be at a disadvantage.

Russia is bound to craft their own suicide drones – if they don’t have them already – shipping them to the front lines en masse. Like the French at the Second Battle of Ypres in World War 1, you just entered a new stage of history.

What do you think about this generation of weaponry? Do you think this will change the face of modern warfare? And do you think sending this technology to Ukraine will antagonize Russia further? Let us know your thoughts in the comments.