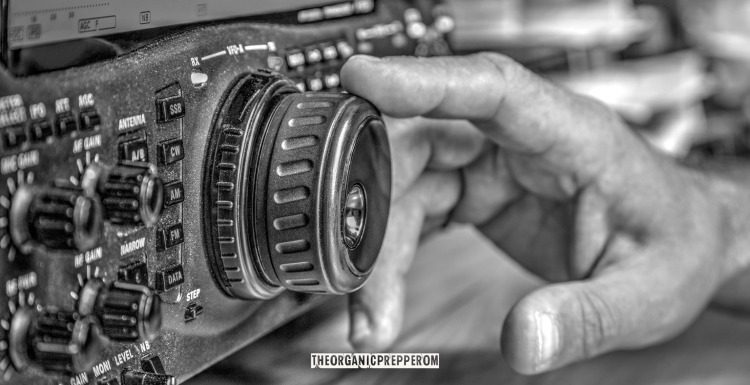 We’ve been seeing some rather startling “radio news” in Europe of late that I felt would be of interest to the modern prepper. Communications are absolutely vital in a disaster situation, and I think that many of these stories help to illustrate that as well as other risks.

I find myself popping into HFUnderground.com rather frequently. It’s a fantastic resource for anybody that is interested in what is currently going on, from a boots-on-the-ground approach to shortwave radio (and other types of radio).

In particular, HF Underground is an excellent place to find the latest information on clandestine stations and pirate radio. Shortly before the Russian invasion of Ukraine, it was there that I found an alert for Ukrainian users of the RTL-SDR software-defined radio system.

For those that don’t know, an RTL-SDR is a $30 little USB radio that plugs into a laptop and permits you to listen to overseas broadcasts, track airplanes, trains, and ships, listen to Chris Stapleton, and do a host of other really cool radio things. Most airplanes will transmit their locations in the clear, and at least within the United States, it’s perfectly legal to follow airplanes’ positions.

There are actually a number of apps out there that you can put onto your phone to do this.

The alert warned Ukrainian RTL-SDR hobbyists of being found with the device on their person. The reason for this was because of the arrest of Stanislav Stetsneko, a Crimean citizen. Stetsneko used an RTL-SDR as a plane spotter hobbyist but was arrested in 2021 by the Russian Federal Security Service under allegations that he was a spy.

He disappeared for some time, and it is currently rumored that he’s sitting in a prison in Moscow with a sentence of 25 years.

Personally, I’m looking at this thing and only thinking it is going to spread. If I lived anywhere near Ukraine – particularly in Romania, Poland, or Moldova – I would figure out a way to make my RTL-SDR disappear pronto if needed.

Speaking of the RTL-SDR, these little radio dongles have been available on Amazon for years. They’re apparently out of stock now. I can’t find anything but counterfeits out there right now. According to the company, this is due to supply chain problems in China.

Have you ever heard of number stations? These are clandestine stations that constantly produce a list of numbers without any apparent order to them. They’re Cold War-style stations that produce instructions for spies throughout the world.

One of the most bizarre of these stations is UVB-76, otherwise known as “The Buzzer.” This station originates from deep within the heart of Russia and has been live 24/7 since 1973 (that we know of). It’s about two seconds of buzzing followed by a loud foghorn alarm sound. This goes on repeat non-stop.

Occasionally a female Russian voice comes on The Buzzer and gives a list of random numbers.

Why is this worth talking about today?

Because there’s a widespread theory that The Buzzer is a Russian dead hand device for nuclear war. In the event that The Buzzer were to go offline, that means that Russian nuclear weapons will be launched automatically. (Which probably means you’ll have wished you read this book.)

Whether that’s true or not, I don’t know. The Buzzer has come off the air a number of times, and we’ve never had a problem.

What I think is concerning here, though, is that it looks like the Ukrainians tried to jam The Buzzer in January, and there are other people now who are actively trying to jam the Buzzer with anti-war messages, Ronald Reagan speeches, and more, under the belief that it is sharing information with the Russian military. Whether that’s true or not, I don’t know, but personally, I find this rather alarming and potentially short-sighted.

On March 10, the Buzzer changed briefly, and air raid sirens could be heard playing on the frequency. You can hear a recording of that below.

For what it’s worth, though, this very much could have been a “radio hacker’s” attempt at jamming the signal. You can hear 80’s pop having been played on The Buzzer’s frequency early last month as well. Hack? Who knows.

Ukrainian signals are being jammed.

This really shouldn’t come as any surprise. The Organic Prepper pointed out quite some time ago that Russian electronic warfare vehicles were being put into position prior to the invasion. What’s interesting is to see shortwave radio hobbyists picking up on what frequencies are being jammed and what are not.

For example, right now, we’re seeing a lot of 6005.0, the Ukrainian Radio station, being jammed. It’s been postulated this is in retaliation for “the jamming of the Kall station,” but A) I have no idea what the Kall station is (and can’t find anything about it), and B) I’m more inclined to say that this is just how war goes – you shut down your enemy’s comms.

(Make sure you check out our free QUICKSTART Guide to what to eat when the power goes out. Comms and electricity go hand in hand.)

This is rather surprising. There are images surfacing of Russian troops using both the UV-5R and the UV-82HP. The bulk of the mainstream media is using this as proof that the Russian forces are being sent in without adequate equipment for comms, but if you search around on the internet long enough, you can find pictures of Ukrainian soldiers from 2014 carrying the exact same gear.

The important thing to note here, I think, is that a $25 Chinese handheld radio that you can pick up on Amazon is most certainly not what anyone was expecting to see being used by conventional military forces. The UV-5R isn’t even encrypted. Everything you say over it is in the clear.

(If you’re going to buy more UV-5R radios for your preps, do so from this link so that you help keep The Organic Prepper going.)

Really, this means that if you currently live in Romania, Moldova, Poland, or any other nation that (I believe) faces a high potential of Russian invasion in the very near future, then you could pick up Russian military signals with nothing more than a Uniden BC125AT. You’d be able to not only hear where Russian forces were, but if you had a directional antenna, you’d be able to tell what direction they were coming from as well.

And if you had three guys with radios and directional antennas, then you could triangulate their position with a good degree of accuracy.

Radios are a powerful tool during a time of disaster.

Communications ability is absolutely vital to making wise decisions in a collapse environment. Unfortunately, learning how to use radio equipment can be incredibly challenging if you’re just getting into it and don’t have an electrical engineer’s brain.

If you’re more cartoon-minded than you are engineer-minded, then may want to check out my latest book The Prepper’s Guide to Post-Disaster Communications. In this book, you’ll learn a good range of information on what you need to know radio-wise in a WROL/post-disaster world. I cover some of the basics of how radio waves function, how to triangulate a signal, how to use radio for a secret church, and more.

What are your thoughts on current radio news? Do you have more to share? Let us know in the comments below.