Was a “Highly Pathogenic Avian Influenza” Ravaging the Food Supply on Your 2022 Doomsday Bingo Card? 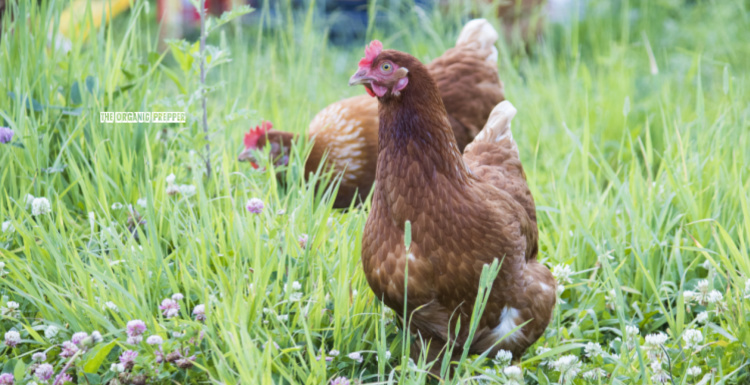 Break out your 2022 apocalypse bingo cards. Now, we can check off the slot for “highly pathogenic avian influenza” (HPAI, for short). We haven’t even finished a quarter of this year, and we’ve already checked off “potential WW3,” “high gas prices,” “potential nuclear war,” “incoming hyperinflation,” and “globe dropping the dollar as a reserve currency.”

We may as well add yet another strike against the American food supply chain, right?

As of right now, at least twelve different states within the US have reported outbreaks of H5N1. Virtually the entire Eastern seaboard has reported cases, and much of the Midwest has as well. Anytime that a farm is found to have a single case, it’s being reported that the current policy is for every single bird on the farm to be culled. We’re currently seeing the exact same strain of H5N1 popping up all over the country right now.

No human cases have been reported in the US at this time, and bird-to-human transmission is said to be incredibly rare for this particular illness. If we look back to 1997, we do see a 50% death rate in human cases, but I personally am of the belief that this human transmission isn’t something to worry about. I believe a larger concern is what this epidemic is going to mean for the American food supply.

How will bird flu affect meat and egg prices?

The last major epidemic of a bird flu we had in the United States was back in 2015. It was during this time that egg prices rose to $3.00/dozen. If we adjust for inflation, this would be the equivalent of $3.61 in 2022 dollars (you know, because we have to make that disclaimer nowadays). If history is a guide, then you could easily expect to spend well over $3.61/dozen for your eggs in the near future, though I would argue you’ll see even higher prices.

For starters, soybean is one of the chief ingredients of chicken feed. While it doesn’t need as much fertilizer to grow as does corn, it still requires fertilizer on the large-scale, modern-day commercial farm. Guess what we’re having a hard time getting our hands on right now? Fertilizer.

The price of chicken feed has doubled over the past five years, as I briefly mentioned HERE.

Guess what it takes to transfer those processed chickens to grocery stores? Fuel. How much are you seeing diesel go for in your area right now? If it’s over $5.00/gallon where you live, let us know in the comments below.

Combine all this with scarcity and ever-growing inflation, and you have a recipe to see some very high chicken and egg costs in the near future.

What can you do to prepare for highly pathogenic avian influenza?

Does anyone else find the timing of this highly pathogenic avian influenza odd?

It was early last month that a massive fire hit a fertilizer plant in North Carolina – negatively impacting the American food supply.

Then, a massive fire hit a Walmart distribution center in Indianapolis. I wonder if they distribute food throughout the region?

Gasoline and diesel are currently at some of the highest levels the United States has seen in years. This will negatively impact the American’s ability to access the food supply.

American food prices are currently at decade highs and are slated to reach record highs in the upcoming months – which negatively impacts the American’s ability to access the food supply.

And now, we have a bird flu that has suddenly popped up on farms (predominantly commercial operations, mind you), resulting in millions of birds’ deaths within a single month and being accompanied by a policy that forces the deaths of millions of other birds on the same farm as a sick chicken – all of which negatively impacts the American food supply.

Does anybody else notice a trend here?

Why is the American food supply experiencing so many heavy blows at the moment?

What are your thoughts on the matter? Is highly pathogenic avian influenza something to be concerned about, or not? Are there other factors you think will further cause food supply chain problems that we didn’t mention here? Let us know your thoughts in the comments below.