Here’s How to Prepare for a Nuclear Attack 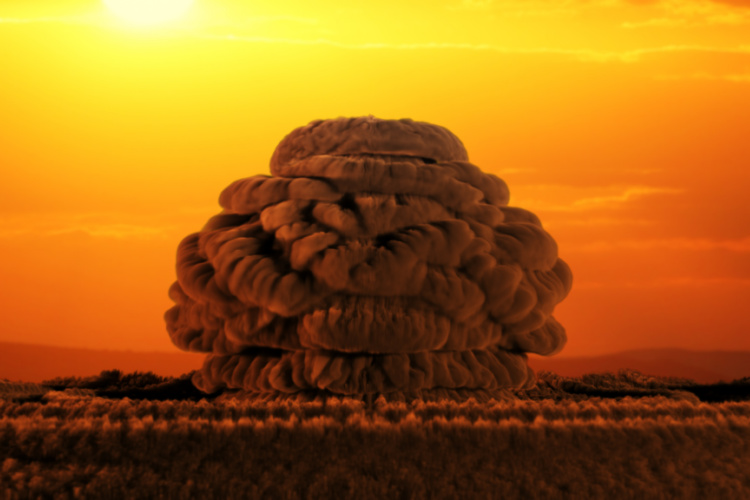 Would you know what to do if you were warned of an imminent nuclear strike? Or would you be frozen in shock? Perhaps scurrying to search up the information you need to survive?

It’s obviously far better to understand events of this magnitude ahead of time. Here’s how to get prepared for that horrifying possibility.

First things first, it’s essential to keep abreast of the news. Sign up here for my daily newsletter – I’ll let you know what I know, the moment I know it.

Now, let’s take a look at the facts about nuclear strikes.

Would a nuclear attack kill us all or cause a global nuclear winter?

I got a message from a reader during the North Korea crisis that encompasses what a lot of us are thinking:

N. Korea now has a Nuke or Nuke capabilities. Do you beef up your preps, wait for the chips to fall, kiss your butt goodbye, or other? Should we be acting business as usual?

First, let me dispel two myths about a nuclear attack.

We won’t all die or wish we were dead if a nuclear strike occurs. The movies – as much as I love them – have done us a terrible disservice here. If you are at Ground Zero of an attack, there is absolutely nothing you can do. Everything will be vaporized and that’s that. However, if you are outside the immediate blast zone, it is completely survivable and I don’t mean survivable in the horrible, lingering death kind of way. I mean, unharmed. You just have to know exactly what to do immediately in order to protect yourself. More on that in a moment.

We won’t suffer a nuclear winter. Everything thinks it will be like the post-apocalyptic scenario in that horrible book/movie, The Road. People aren’t going to be trying to eat each other. In that particular plot, the nuclear war was so great that a huge cloud of ash covered the planet. In reality, it would take hundreds of nuclear strikes to cause something like that, which is unlikely to occur. This isn’t to downplay the horror and death of one strike, but to point out that the aftermath isn’t going to make the quality of life on Earth as terrible as what the movies portray.

Here is what would happen if a 10 kiloton nuclear strike occurred.

Contrary to popular belief, a nuke won’t kill everyone within hundreds of miles. If you aren’t in the immediate blast radius, a nuclear strike is absolutely survivable.

The one-mile radius around the blast will be virtually unsurvivable. Within two miles, people will suffer 3rd-degree burns from the intense wave of heat.

If you are within two miles of the blast, the winds will be coming at about 600 miles per hour. This will take down buildings and cause a tremendous amount of pressure. Some experts recommend that you keep your mouth open to try and reduce the pressure on your eardrums. Looking at the blast could cause permanent blindness.

According to the DHS, 10 kilotons is the approximate size of nuclear weapon we could expect.

People upwind of the strike and outside the 20-mile radius would be unlikely to suffer any effects. People downwind would need to take shelter. Deaths from cancer that is related to the fallout could occur for many years after.

Here’s what I’m doing to prepare for a nuclear attack.

As cool as it would be to have one, you don’t have to have a bunker to survive if you take the time now to get prepped. You can survive by learning everything you can to prepare for a nuclear attack.

Every time a new threat rolls around, I discover that while I have many of my bases covered, there are a few things I hadn’t accounted for. A nuclear threat is no different. There were some supplies I had to pick up myself, particularly a bigger supply of no-cook food.

Part of your preparations will depend on where you live, so this will be different for everyone. Are you near any places that are likely targets? Places like Washington DC, Hawaii, New York City, Los Angeles, and large military bases are more likely targets than say, a low population area in the midwest. Of course, this doesn’t mean it can’t happen. Just that it’s less likely.

Are you in a house or an apartment building? What is the best place in your home to seek shelter? Plan all of this ahead of time. If you know exactly what steps you are going to take, you will be able to better perform them under pressure.

Here are some key points to consider.

You won’t have a whole lot of notice.

Scientists say that residents of Hawaii would have only 8-12 minutes notice if an ICBM was headed their way, and residents of New York City will have an hour. Clearly, there won’t be time to run to the store – and if you did, you’d be fighting it out with a bunch of terrified, panicked people – so get your supplies together now.

You could be in your car.

If you are in your car, make certain to turn the vent to recirculation so that you don’t bring any outside air into the vehicle. Your goal should be to immediately get to shelter.

Be prepared to go into lockdown.

In nearly every case, staying home is the best course of action. Imagine you are in New York City and this nuke is headed your way. If you try to evacuate, you are most likely to get stuck on one of the bridges on the way out of Manhattan and that would be far more deadly than hunkering down in your apartment and hoping you are outside the half mile radius of Ground Zero. Experts say that you should plan to stay sheltered for a minimum of 9 days. Our personal plan is 14-21 days, depending on proximity and wind direction. I’d rather err on the side of caution, personally.

While I’m not a professor, I would not be trying to run perpendicular. I’d be trying to get inside to shelter, ASAP.

Fortify your home against fallout.

As with many emergencies, you need to be prepared to survive at home without help from anyone. It’s unknown whether water and electricity will be running, and if the water is running, whether it will be safe to drink. Prep as though you won’t have access to these utilities and if you do, then it’ll be a pleasant surprise.

Learn everything you can.

This is an overview but there is much more to learn about a nuclear event and the more knowledge you have, the more likely you are to survive without any ill effects.

For some free additions to your nuclear library, you can print out this manual from the US government about surviving a nuclear emergency. It was written with first responders in mind, but much of the information would be applicable for us, too. The book, Nuclear War Survival Skills, by Cresson Kearney, is also available for free online.

The more you know, the better your chances are of unscathed survival.

You CAN survive if you prepare for a nuclear attack.

The only part of your survival that is in the hands of fate is whether or not you are at Ground Zero. The rest is up to you. You can’t expect the government to save you. You can only save yourself.

Get prepared. Today. Because we just don’t know what’s about to happen.