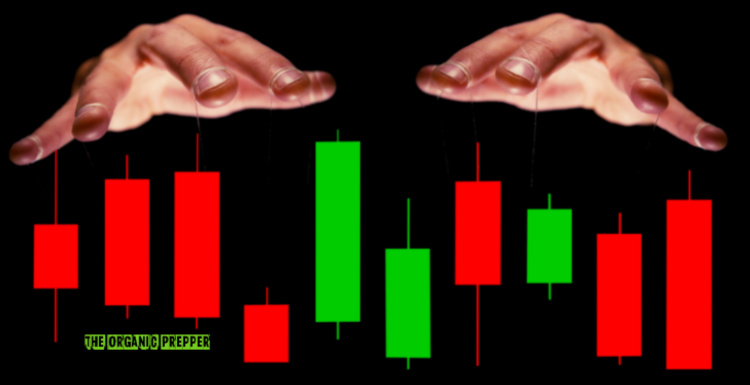 There have been a number of news headlines over the course of the past year that I’ve personally found wildly disturbing.

However, it is this one in particular from CNN that I’ve found to be of particular note. It’s titled, “Should the government control the price of food and gas?”

Throughout the piece, author Charles Riley looks into the history of price controls both within the past 100 years and of more recent note as well. The basic question behind the article is this: because of rampant inflation “should governments consider setting the price of essential goods?”

While I (sometimes) believe that there is no such thing as a stupid question, the very idea that this notion is being presented to the public is something which I find concerning. I don’t think it’s any secret to regular readers of The Organic Prepper what the position of the mainstream media (MSM) is on these issues. Though a question is being asked, are we ignorant of what the hoped for answer is?

Riley’s article starts off by examining whether or not there is precedence for price fixing in history.

Is there precedence for price-fixing in history? Absolutely.

As Riley points out,

Let’s look at each of these examples in turn, however.

Just because there is precedence for something, does not mean that it is a good idea. Consider slavery, cannibalism, human sacrifice, or the like. Have they all been practiced in the past? Yes. But does that mean they were good ideas?

Precedence does not equal morality.

Price controls on the farmer (or anyone else) will not work.

Consider as well whether it is morally just to fix prices on items. I sell chicken eggs. I’ve been able to sell my eggs for $3/dozen for close to five years now. But this is no longer. What used to cost me roughly $24 for 100 pounds of chicken feed has risen to roughly $42/100 pounds of feed just within the past year. I have to mark my eggs up to at least $5/dozen or it no longer becomes profitable for me to raise chickens.

While I enjoy watching my chickens run around, like eating fresh eggs every day, and generally just enjoy farming, am I inclined to put up with trekking through poop, chasing loose chickens late into the night, and cleaning coops if there’s nothing in it for me?

This rising cost of eggs on my end may prove to be an inconvenience for my customers. They may complain about the rising prices, say I’m being unfair, and that I’m gouging them. They may even lobby successfully for my prices to be pinned back down at $3/dozen – where they’d been for years prior to 2021.

(This rising price of food is one of the reasons you need to check out our free QUICKSTART Guide on getting your food storage in order.)

But is it the producer’s fault, or is it those who do not appreciate laissez-faire?

Riley doesn’t seem to understand this. He states that “meat and energy are both significant contributors to inflation.”

That’s not true in the slightest.

If I sell a cow, how am I the one responsible for inflation? What sort of mental gymnastics are necessary to decide that the man raising chickens to sell to his community is the reason your dollars aren’t worth as much today as they were six months ago? The farmer is not the cause of these monetary ills. Those printing money non-stop are.

This is basic economics.

After interviewing several economists for the article, and being rebuffed for asking such a question, Riley walks away with the final statement “price controls, it seems, are still a bridge too far.”

Yes, price controls are too far. They always have been and always will be. There is no perception about it, that is just the way it is.

What am I supposed to derive from this final statement though?

And another unhappy ending.

I say all of this to bear two points to view.

For starters, you’re going to see more of this narrative pushed to the American sheep throughout the near future. Eventually, you may even see the idea of price controls be pushed through to everything. Meat and energy won’t be the only sectors blamed for inflationary ills. Mattresses, books, skilled trades, pipes – everything will be blamed for inflation. And the only touted means to stop this “transitory” devaluation of the dollar will be to pin prices to where they were previously.

This policy has been used before to “fix” inflation, and it’ll happen again.

The second point is this: when price controls do make it so that I have to operate at a loss, this farmer is going to stop selling food.

What are your thoughts on price-fixing?

Do you think price-fixing is the solution for inflation? How do you think it will affect the economy if it happens? Share your thoughts in the comments.