Things Are Hard Right Now, But You’re Going to Be Okay

If the messages in my inbox are anything to go by, a lot of people are dealing with ever-increasing anxiety about what lies ahead.

We’ve been in various stages of lockdown for almost a year now. Many of us have been separated from our loved ones for that long or longer. Many of the jobs that once seemed so secure are gone forever. We’re watching as our rights to free speech and the freedom to gather are eroding right before our eyes, like a California cliff crumbling into the ocean below. Mental health crises abound as people become more and more isolated from one another.

Financial security seems to be a thing of the past for many people. We’ve had to change our lifestyles to follow mandates and to manage our ever-tightening budgets. The supply chain is broken, possibly beyond redemption any time soon. Half the country believes that the election was illegitimate and faith in our government is at an all-time low, as they send tax dollars that we paid in by the billions to other countries, doling out only $600 apiece to Americans. We’re facing mandated medical treatments and a new administration.

It’s a stressful time to be alive. You may be wondering, “How on earth am I going to keep going if things continue to get worse?”

You may be feeling hopeless right now.

But I want you to know that I believe, eventually, things will be okay.

When all the news is bad news

It’s difficult to be living all the things I’ve described above and think about optimism. It’s hard to see the light at the end of the tunnel that seems like some kind of optical illusion that just keeps getting longer.

As someone who spends most of her day buried in the news, I completely understand this feeling of overwhelming doom. It would be impossible not to feel bothered while reading venomous comments between those loyal to partisan politics or watching rioting, destruction, and rage on the news. This is something I’ve written about previously:

I’ve been working in the alternative news industry since 2011. There have been days at I time I was glued to my laptop covering manhunts, constitutional insults, or scenes of horror. It would be a lie (not to mention rather unhinged) to say that I was unmoved by it all.

Sometimes I ended the day with such awful scenes playing through my head that my night was filled with restless nightmares replaying all that I had learned. Sometimes the last thing I wanted to do the next morning when it was time to start work was switch on that laptop and see the most recent gruesome act of hatred humans had perpetrated on one another.

But here I am, eight years later, still doing it. Still trying to make sense of it all and write things that pull people together instead of tearing them apart. Still looking for that common thread that runs between us all and hoping that more people grab onto that instead of trying to sever it.

And most of the time, I’m okay. Most of the time, I can keep from becoming terribly depressed by the awful things about which I spend my days researching and writing. I can share with you a few of the ways that I prevent the bad news from causing so much anxiety that I want to throw my laptop in the lake and live out the rest of my days, blissfully uninformed. (source)

So if you’re feeling aghast at all the things we’re witnessing, please know that you aren’t alone. It’s completely normal and honestly, what would it say about you if you weren’t upset? Basically, it would say that you’re a sociopath.

Our ability to feel compassion, empathy, shock, and fear may not sound like a bonus right now, but it’s what makes us human and what spurs the human spirit to continuously seek happiness and harmony.

How to combat chronic feelings of doom

The principles we have held dear in the United States of America since its inception are being threatened, and with them, our way of life. That’s a pretty big deal and as we watch them unfold, we’re quite reasonably horrified.

But now is not the time to be paralyzed by current events. Now is the time to take the actions that will help you and the people you love to weather what looks to be a long storm ahead.

First things first, you’ve got to get ahold of your chronic feelings of doom. You need to get your mind in check before you can take effective actions. This advice may seem trite, but if you do nothing but follow the doom, you’ll drive yourself crazy.

…You can learn to put a bit of healthy distance between yourself and the events.

Most of all, do your best to surround yourself with kindhearted people who aren’t going to badger you about the event in an effort to make you see their point of view. And that means in the real world as well as the virtual one. (source)

That last part about the people you surround yourself with is particularly important. A popular quote in the entrepreneurial world is by Motivational speaker Jim Rohn, who said that we are the average of the five people with whom we spend the most time. But that isn’t just true for business owners. It’s true for all of us because attitudes are contagious.

You don’t have to spend all your time in an echo chamber but focus your energy on people who respect your opinions and treat others kindly. If you only spend time with negative people, you’re bound to feel the same way. And as Selco warns us, the worse things get the smaller your circle should become.

What can you control?

A really big thing for me is to target the bulk of my energy toward things I can control. I can’t stop people from rioting or looting, I can’t change the outcome of the election, and I can’t influence the decisions that are being made in government right now. But, I can control my response to it and I can control things in my own circle. I can get better prepared to meet the future.

Here are a few suggestions for things that are within your power to control.

You get the idea. We just need to find some things that we, personally, can do to improve our current situation instead of dwelling on that which is out of our control.

Things will probably get worse before they get better.

In the spirit of radical honesty, I have to be 100% clear when I say that I believe things will probably get worse before they get better. Tempers are flaring, illness has overwhelmed hospitals and made access to non-Covid healthcare nearly impossible, and these politicians seem intent on shutting down the economy.

We won’t get through this unscathed.

That doesn’t mean we won’t get through it though. Throughout history, people have found themselves living through horrifying times and wondering if things would ever get better. The Revolutionary War, the Black Plague, the Civil War, famines, droughts, wildfires, internment and concentration camps, brutal dictatorships, the Balkan Wars, the Spanish Flu pandemic…all these things have happened in the history of the world. During them, I imagine the people living these events thought many of the same things we’re thinking today. And obviously, not everyone survived these events or they wouldn’t have made such an impact on history. In that way, it’s the same as our current situation. There have been and will be losses that we’ll grieve forever.

But there will be a turning point, a moment when finally you can see that light at the end of the tunnel getting closer, a time when you laugh again without grief, stress, or fear underlying it. And then you will realize that you survived and you’re okay.

Our nation was built by tough people who were determined to be independent of a leadership they did not believe represented their best interests. We are a still country of rugged individualists, despite all the efforts to water down our self-reliant natures via the school system and the media. You are one of those people or you wouldn’t be on this website and that’s why I believe that, eventually, you will be okay.

Things look pretty bad right now, and truthfully, they are. We’re as close to a civil war as I recall ever seeing it in my lifetime. Neighbor is against neighbor. Friends are turning into foes. Children are snitching on their own parents. It’s a dark time in our country.

But I still believe that there are enough of us who are determined to survive to right this ship. It may not be this week, this month, or even this year. But optimism is at the very heart of preparedness, and I believe with all my heart that the resilient will survive and that one day, things will be good again. That “good” may look very different than what we’re used to but we will adapt and we will thrive. That’s what we do.

America might be down right now, but don’t count her out.

Daisy Luther is a coffee-swigging, globe-trotting blogger. She writes about current events, preparedness, and the pursuit of liberty on her website, The Organic Prepper. On her new website, The Frugalite, she shares thrifty tips and solutions to help people get a handle on their personal finances. She is widely republished across alternative media and she curates all the most important news links on her aggregate site, PreppersDailyNews.com. Daisy is the best-selling author of 5 books and runs a small digital publishing company. You can find her on Facebook, Pinterest, and Twitter. 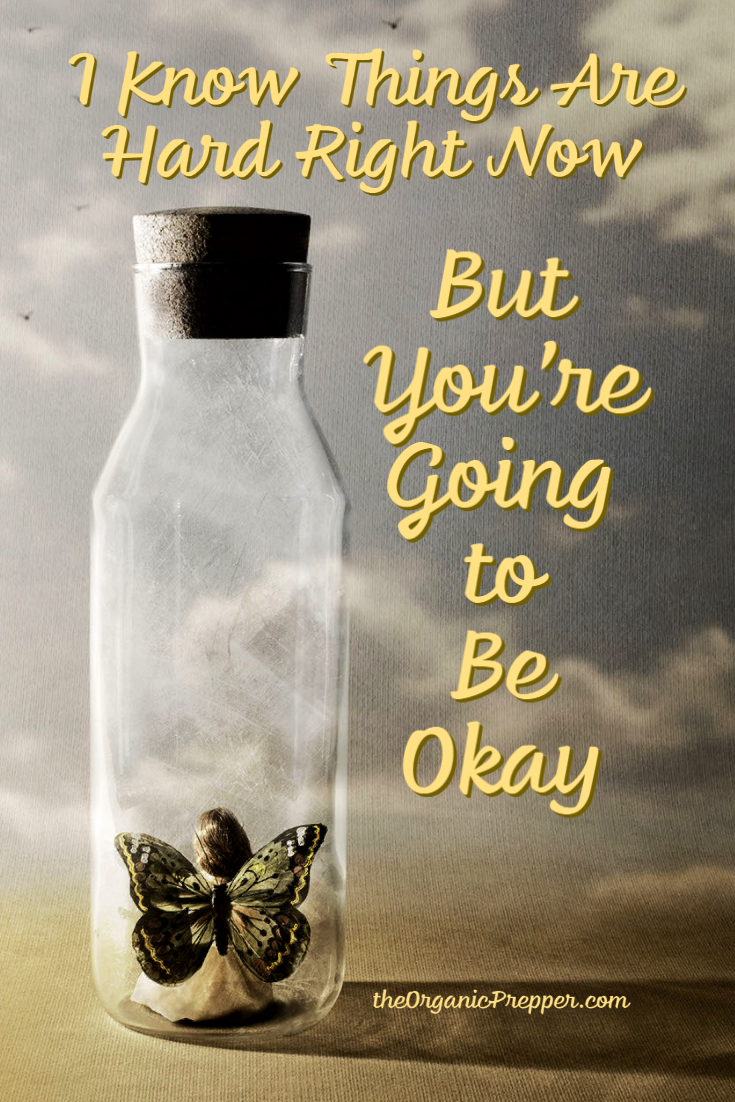 Supplement Your Food Supply With Your Local Farmer’s Market

Reverse OpSec: What Information Are People Giving YOU? (And How to Elicit More)