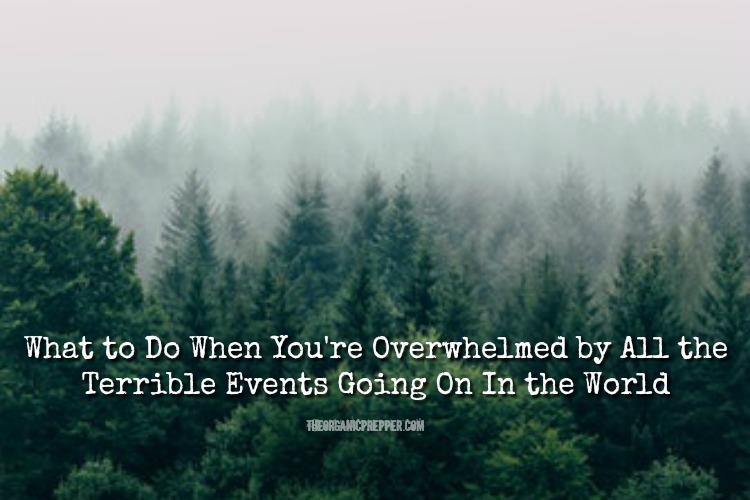 Looking at the news lately is bound to hit you right in the feelings. It’s almost impossible not to be overwhelmed by it all.

There are so many terrible things happening. Massacres in places of worship. Thousands of people heading to the US all at once, demanding to be let in. Bombs being sent through the mail. A heated election cycle that is only a glimpse of the coming presidential election. One horrific crime after another.

And at the foundation of everything is hatred.

The venomous things that people are saying to one another all in support or rejection of these dreadful occurrences are the most dangerous part of it all.

If you’re a peace-loving person who just wants to get along with his or her fellow American, all of this stuff can be enough to make you want to crawl under the nearest rock, preferably a rock without Wi-Fi or a cell signal.

When you spend your days engrossed in the news

Sometimes I get emails from people who wonder how I can write about the things I do and still remain upbeat.

I’ve been working in the alternative news industry since 2011. There have been days at I time I was glued to my laptop covering manhunts, constitutional insults, or scenes of horror. It would be a lie (not to mention rather unhinged) to say that I was unmoved by it all.

Sometimes I ended the day with such awful scenes playing through my head that my night was filled with restless nightmares replaying all that I had learned. Sometimes the last thing I wanted to do the next morning when it was time to start work was switch on that laptop and see the most recent gruesome act of hatred humans had perpetrated on one another.

But here I am, eight years later, still doing it. Still trying to make sense of it all and write things that pull people together instead of tearing them apart. Still looking for that common thread that runs between us all and hoping that more people grab onto that instead of trying to sever it.

And most of the time, I’m okay. Most of the time, I can keep from becoming terribly depressed by the awful things about which I spend my days researching and writing. I can share with you a few of the ways that I prevent the bad news from causing so much anxiety that I want to throw my laptop in the lake and live out the rest of my days, blissfully uninformed.

How can you handle the mental toll of terrible events?

First of all, stop thinking that you’re being weak or fragile by being bothered by these horrific events. I’ve seen people commenting that they aren’t “tough” enough to handle all of the awful things we’re being bombarded with by the media.

It has nothing whatsoever to do with toughness, weakness, or fragility. If you are a caring human being, of course these things get to you. It’s natural and, bonus, a sign that you aren’t a sociopath. This isn’t to say that people who can put some mental distance between themselves and the events are unstable – it is just to say that there is nothing wrong or weak about those who are overwhelmed by it.

As much as these things may strike at you, deep in your heart, you can learn to put a bit of healthy distance between yourself and the events.

Most of all, do your best to surround yourself with kindhearted people who aren’t going to badger you about the event in an effort to make you see their point of view. And that means in the real world as well as the virtual one.

How do you remain informed without getting overwhelmed?

We all want to be well-informed about the goings-on in the world. That’s why you’re on a preparedness site. That’s why you are paying attention to this. You don’t want to be one of those oblivious, reality TV show aficionados whose form of entertainment actually has nothing to do with reality.

But how do you balance this when you’re feeling horribly beaten down by the things in the news?

Some of this overwhelm can be relieved by the sources from which you get your information.

The next thing to do is, for the love of all things cute and fluffy, avoid the comments section of any news piece you happen to read. In most of them, you’ll be besieged by laptop warriors who spew hatred and ill-conceived 30-second “solutions” for complicated issues.

You can stay informed while taking a step back. You can avoid the news outlets that are the most controversial, the ones who stir up the problem to keep the hits coming in, the ones who make insulting, blanket generalizations. Avoid those with obvious bias and stick to the ones that report in a less sensationalistic manner. Reuters is rather dry but they tend to be a little bit less blatantly biased. You can often get a good idea of what’s going on in the world by simply scanning the headlines on their homepage. Check out their service, The Wire, too.

And please, please, stay away from politics. Nothing is more likely to turn into a heated insult-fest than a political discussion or website. Politics is poison, and you are under no obligation to partake in that.

Focus on the things you can control

I’ll tell you a secret. Sometimes I feel this way too. I also get overwhelmed, and when I do, I take a step back to get a little bit of distance from it. It doesn’t mean that I’m burying my head in the sand. It means that I’m focusing on the things that I, personally, can control.

But I can control my response to all of it. I can focus on the things I can actually do for myself and my family.

If you’re in this place of overwhelm right now, then switch your focus to the things you can control.

You can do things differently.

Remember that you can’t control the huge, horrible events in this world, but you can control your response to them by focusing on your preparations and your mental well-being.

If your own well-being is at risk, take a step back. Observe it all from a place of distance. As the old saying goes, those who wrestle with pigs get muddy too. Stay out of the mud and you will feel far less overwhelmed.

How do you regroup when it’s all too much? How do you handle the barrage of horrible events? Share your secrets for preventing overwhelm in the comments below. 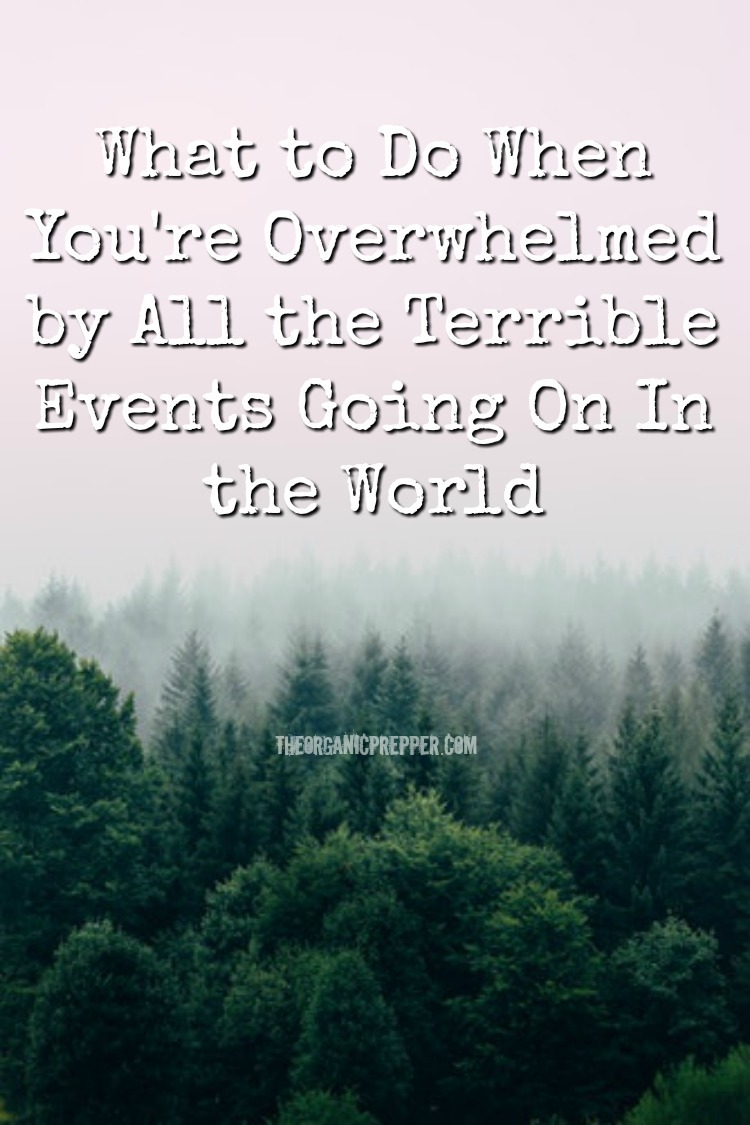