Want to Make It Through Hard Times in One Piece? Focus on Your Family. 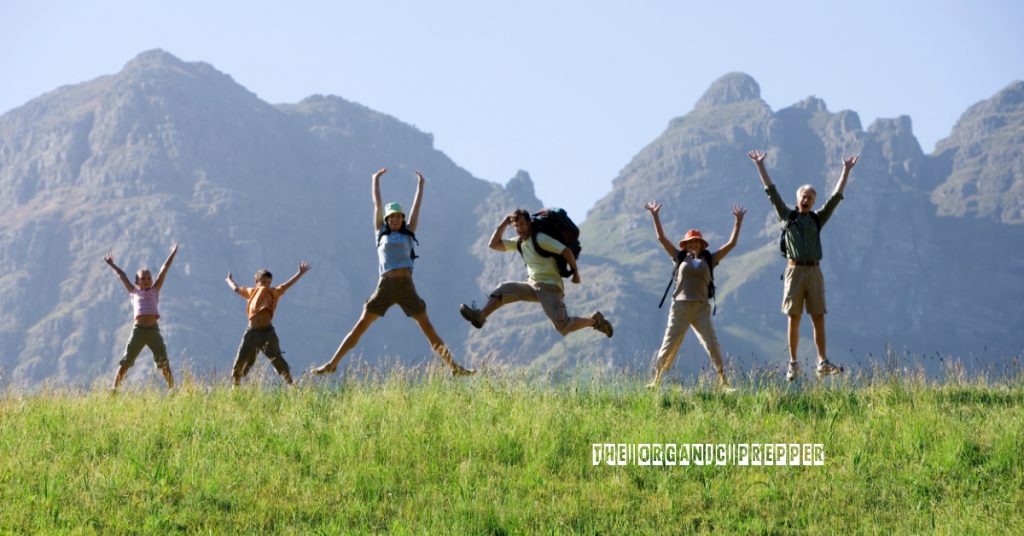 By the author of The Faithful Prepper,  The Prepper’s Guide to Post-Disaster Communications, and Zombie Choices.

In the town of Roseto, Pennsylvania, researchers couldn’t figure out for the life of them why the inhabitants had virtually zero incidence of heart disease. The people were predominantly Italian and ate a lot of Italian food. The common diet advice at the time was that fat of any kind was terrible for the heart.

So how was it that these people not only ate fat/calorie-rich food every day but also drank and smoked heavily, yet had signs of heart disease as expected?

Researchers discovered that the community was incredibly tight-knit. Relationships were protecting people’s health.

Given the current world that we live in, I think that it bears mentioning that this is something worth thinking about. Does your family offer you a source of refuge from the chaos of the world around you?

Roseto didn’t have much to worry about during 1960s America, but if we look at the survivors of the hard totalitarianism of the Soviet Union and its satellite states, this is what we find them saying over and over again.

You want to survive? You need to cultivate your family relationships.

Daisy has recently tackled these issues regarding the mental fatigue that comes with the constant negativity we are exposed to with everything going on in the world over the past several years. People’s jobs were taken from them, people were thrown into prison for trivialities, and the threat of war is looming.

And this is nothing new.

There are others who have come before us who have lived through similar events, and they have wisdom to share.

One of the key people I’m thinking about here is Vaclav Benda, a Czech dissident against communism during the 1970s who was arrested for fighting for human rights in 1979 and sentenced to four years in prison.

He eventually got out, but his fighting spirit never left him.

In 1987, he wrote an essay titled “The Family and the Totalitarian State,” in which he stated that there were three gifts people receive from their family that are absolutely vital to surviving an ever-present and ever-growing tyranny.

Collectivism, in all its forms, seeks to destroy each of these.

Consider that it is Vladimir Lenin who is quoted as having said, “Destroy the family, you destroy the country.” This is a fundamental tenant of what communism requires. Communists deliberately aim to destroy countries so that they can “rise out of the ashes.”

And destroying the family is one of the ways to do so.

But by building your family, you are actively resisting the success of the communist.

The communist state is a world devoid of love.

Read up on some of the stories of survivors of communist nations. You won’t have to search for very long to find the stories of children turning their parents into the authorities. Shoot, you can likely find those types of stories in America from 2020.

Collectivism – in all its forms – breeds hatred. But even though you are a survivor, you are still a human being who needs love to do more than survive – the thrive while others falter.

Perhaps this is part of the reason that there’s another quote widely attributed to Vladimir Lenin: “We must hate – hatred is the basis of communism. Children must be taught to hate their parents if they are not communists.”

Are the tolerant “social justice warriors” peaceful, loving people? Has that been your experience with them? Or are they full of hatred, angst, and bitterness?

I believe that the world at large recognizes this and is sick of it all. People are seeking out love, and the family is an excellent place to work on building it – creating a refuge for loved ones in a crazy world.

What about freedom in the family?

While you honestly have the freedom not to wear one, to begin with, this helps to illustrate a point. When society itself or a government decides to punish people – in whatever form, for whatever issue they decide – you have the freedom at your own home to avoid those overreaches without fear (or at least minimal fear) of repercussions.

However, I do think that this is largely being whittled away by increases in technology. Think about Australians being forced to take a picture of themselves with their GPS coordinates within moments of being ordered to by the Australian government. Technology allows tyrants to surpass the borders of the home.

This is why improved technology only makes collectivism more terrifying.

But while this area of life is being diminished, it still exists, and it is worth considering.

The dignity of the individual?

Every family has issues. We’re all humans. It’s just how it is. We’re imperfect. But within a healthy family, people are typically treated with dignity. The father and mother are lovers, and the children are, in many ways, their world. Everyone is treated as a human being as a result.

You will not find a single instance ever in history of a collectivist state treating humans as humans. What you will find instead is a myriad of examples of human beings being treated as obstacles to be removed. This typically took shape via executions and death by torture. Read The Gulag Archipelago if you don’t believe me.

And the family can provide all that.

So if you find yourself looking at the world around you and with a rapidly shrinking wallet due to inflation that has left you high and dry, wondering how you can improve your resilience to whatever disaster may come your way as an individual and as an American, may I suggest that you look at working on your family as one piece of the puzzle.

You’ll make your survival that much easier, it’s better for your health (and consider the consequences of poor health in a collectivist-run healthcare system), you actively resist collectivism in this way, and you’ll have a much better chance of emerging in one piece mentally.

But what are your thoughts? Do you feel that family is being deliberately destroyed? Do you take steps to keep your family close and loving? How do you think that these things will affect your potential for survival? Tell us about it in the comments.

(Thank you to Rod Dreher for telling me with the written word about Benda.) 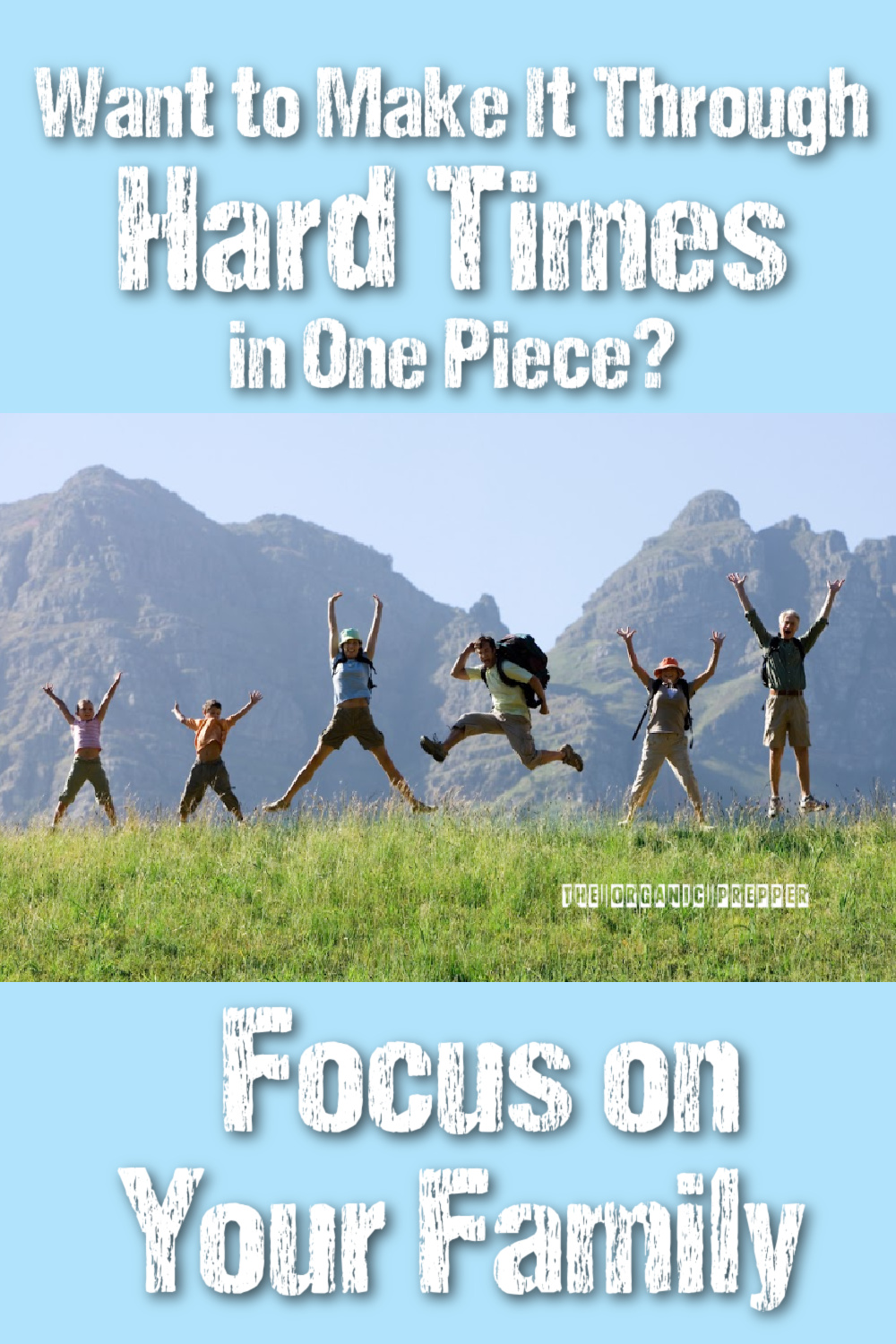