Monday UPDATE: What Happened with the Covid-19 Crisis This Weekend 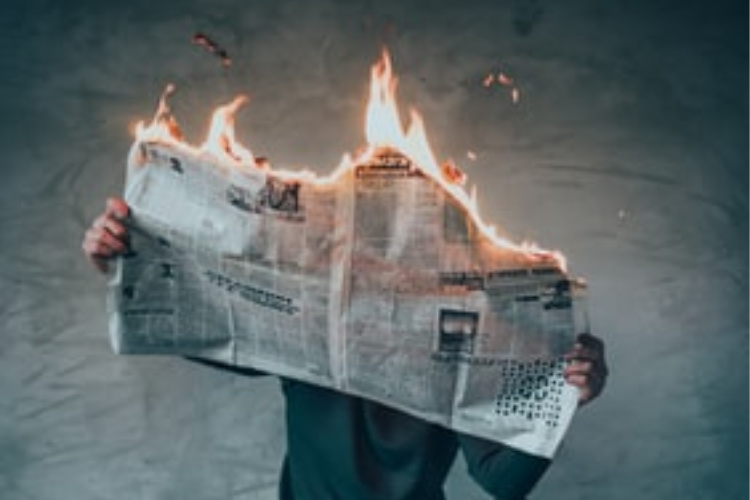 The Covid-19 crisis increased rather dramatically over the weekend. Here’s a quick report with links to update you on the weekend’s information.

Where the coronavirus has spread

Over the weekend there was a sharp uptick in cases outside of mainland China. Here’s a graph from Johns Hopkins that illustrates the climb.

The latest tallies outside of China are:

691 people are listed as “other” locations, which I assume are on cruise ships, etc. The following countries have between 1-9 active cases: Canada, Phillippines, India, Russia, Spain, Lebanon, Nepal, Cambodia, Israel, Belgium, Finland, Sweden, Egypt, and Sri Lanka. Here’s the source for this information.

The weekend in questionable numbers

Literally nobody believes the numbers coming from China, so all the data there that could have helped slow or even halt the spread of the virus is lost, at least to the Western world.

In the United States, there’s a puzzling event that brings our own numbers into questions. Health officials had chosen Fairview Developmental Center in Costa Mesa, California, a facility that had been previously used to house disabled adults, to house “50 infected individuals” that had been rescued from the ill-fated Diamond Princess cruise ship.

Interestingly, the US only reports 35 cases spread across the nation, so either they simply expect 50 people to be infected or they know they’re infected and haven’t added the numbers to the official tally. The city of Costa Mesa, incidentally, has fought back and refused to allow their building to be used to house the quarantine. This refusal was backed up in federal over the weekend, at least temporarily. (source) In related news, a facility in Calhoun County, Alabama also resisted federal efforts to bring quarantine passengers there. (source)

Iran’s numbers are also in question, as the official number of confirmed cases is 61 with a death toll of 12, but an Iranian lawmaker claims that the death toll there is up to 50 victims. (source) Either people there are dying at a far, far higher rate, or there are a lot more cases than we know about in Iran.

The Global Times, a Chinese outlet, said as of last night that there were “now 1,200 cases in 26 countries along with 8 deaths.” But when you gather information from multiple sources, it appears these numbers are exceptionally optimistic if not outright wrong.

One of the biggest stories of the weekend was a cluster outbreak in Northern Italy that caused local officials to lock down 10 towns in the region.

In the area of Milan and Lombardy, everything is shutting down: schools, universities, restaurants, movie theaters, concerts, and public gatherings.  Residents have been asked to stay home. The Carnival celebration in Veneto has also been canceled. About 50,000 people are affected by the lockdown. (source)

It has spread pretty fast in Italy and an early report explained what had happened. However, when I went back to that report later, the explanation had been removed. I didn’t take a screenshot but I had copied and pasted a quote. I’ll share that here.

The first to fall ill was a 38-year-old Italian who met with someone who had returned from China on Jan. 21 without presenting any symptoms of the new virus, health authorities said. That person was being kept in isolation and appears to present antibodies to the virus.

The 38-year-old is now hospitalized in critical condition. His wife and a friend of his also tested positive for the virus. Three patients at the hospital in Codogno where he went with flu-like symptoms on Feb. 18 also have infections, as do five nurses and doctors.

Another three people, who frequented the same cafe in the Lombardy region, also tested positive Friday in addition to the eight people at Codogno hospital, Gallera said.

Here’s a link to the article which no longer contains the quote above, and here’s a screenshot from the Wayback Machine, where it has also been scrubbed. 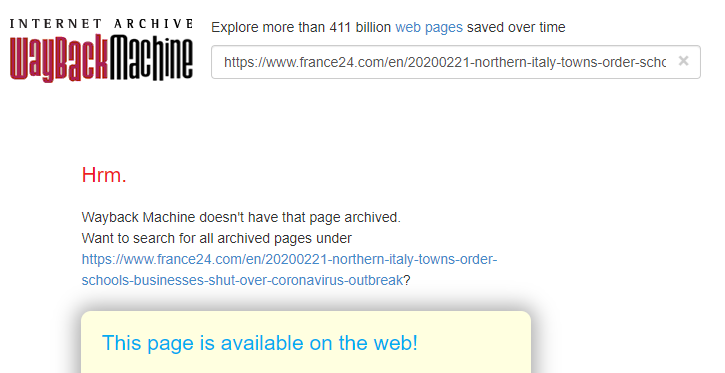 Italy isn’t fooling around with containment measures, either.

All those who have been in contact with those infected are to remain at home for a quarantine period of 14 days, officials added. Both the police and where deemed necessary, the army, will ensure the measures are enforced, the government said. Those who break the rules risk up to three months in prison. (source)

The thing to note with Italy is how very fast this lockdown happened. By the time 14 people were confirmed to be ill on Friday, lockdown commenced immediately. The information we can take from this is that you may not have time for that last-minute run to the store. It’s entirely possible that if we saw a lockdown here, what you have on hand is what you’ll have to see you through the entire event. So preparations are in order.

Did this virus escape from a lab?

Remember the whole bat-eating theory where everyone said the virus got out from eating “exotic” animals? Well, that’s been debunked and scientists are now saying it definitely did not come from the market that was initially targeted as the crux of the outbreak.

Remember how anyone who said it escaped from the Level 4 biohazard lab in Wuhan was thought to be a kooky conspiracy theorist? Well, more and more news outlets are suggesting that the virus did indeed come from a laboratory. Whether it “escaped” or was “let out” is anyone’s guess, however.

What else is new

A couple of other random pieces of info from the weekend:

The more we learn the less we discover that we know.

Prepping for a Covid-19 Pandemic

Here’s a list of resources for those who want to prepare for the possibility of a pandemic or lockdowns.

Please note above how quickly the situation moved in Italy. Don’t expect to have a lengthy warning if a lockdown occurs in your town. You want to have all your ducks in a row well before it happens. Focus on supplies that you’ll use whether there’s an outbreak or not – food, water, OTC meds, and household needs.

Hopefully, this situation gets under control quickly but I’d certainly rather be prepared for alternative possibilities.