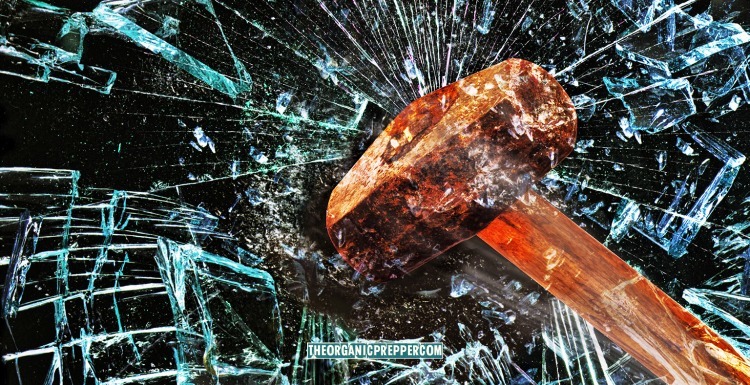 If someone asked me, “What is your takeaway from the last two years?” I would say, “Illusion smashing.”

Almost all the key events that happened in that period of time we would have said “oh that is never gonna happen” if someone asked us that 3 years ago.

To be more precise, I would not have said that…but most of the average preppers would say that because they kept saying “oh it will never happen here” or” no, not in US, we are different”.

There is quite an important reason why I am pointing out so bluntly that I was right, and most of the Preppersphere was wrong. And no it is not because I feel good because I was right.

The reason is this- I want to point out something again here, and most of Preppersphere probably gonna think and say “naah, he is wrong”, so…remember that I am often right about these things, no matter how ridiculous might sound.

It is a bit hard to explain what in essence I am meaning by this, so I’ll try to additionally explain.

Learn to recognize when you are losing. Learn to accept defeat and live to fight another day. Learn to mentally accept defeat and still operate day by day. Every major military strategy book advises against fighting battles you cannot win, including The Art of War. I wrote about this more than once in past years, but times now require me to repeat all this and to yell about it maybe.

I do not have anything against positive psychology as a way of help, but I am very against the mentality where you think you are something special and that you actually cannot lose.

Understand this: if you truly believe that you are invincible in a way that you are special and that you can not lose – then when you are defeated you are gone. You are not gonna be able to live and fight another day.

I am sorry, but no, you are nothing special.

Especially in hard times, you can be swept away by your small mistake. Simply in one minute you can lose all of your possessions, and if you up to that moment were hardcore “I am special” it will crush you because most probably you will not be able to cope with that situation. You’ll be shocked.

You will lose many times, sometimes more sometimes less…that does not mean life is gone when you lose. Quite contrary you’ll be richer with valuable experience from that loss.

There is a huge myth that the “fall of society” will require you to step out and fight in a blaze of glory against tyrants and oppression and that it is going to be very clear to everyone who are the good guys and who are the bad guys.

Honestly, did you believe that?

In reality, people are gonna be slowly stripped out of their rights through the process of making you “not acceptable” in the new society.

So on the day when you step out from your house with a rifle in your hands to fight “oppression and tyranny,” you’ll be shot by a neighbor who sees you as a terrorist, and he is gonna be afraid for his two kids.

Or months before that you’ll be slowly stripped of whatever you own.

If you own a business you’ll be slowly left without customers through the process of portraying you as a “not acceptable” for new and “free” society, then you are gonna lose that job completely, then you are not gonna be able to pay rent or your kid’s college… if your kids do not leave you (in hate) years before that because you are maybe portrayed as a terrorist. Maybe even your kids will give you up to authorities because you are collecting weapons and constantly talking about freedom of speech and rights to own weapons and the school and media have brainwashed them to believe this is evil.

Now if all this above sounds familiar to you – it is not only because similar things are happening around you. It is also because I wrote about it years ago but most of the Preppersphere said “Naaah, not here. Selco doesn’t understand America.”

Well, it is there.

Now, what you can do?

You cannot fight the system, at least not in the way that popular movies and books and the Preppersphere portray it, because if you do it you’ll be taken out.

You need to learn when it is time to stay put.

By staying put I do not mean “surrendering” or “agreeing” with everything that goes against your basic and core beliefs and philosophies.

I mean staying put more like being a bit more silent about your beliefs because now it is time to stay put and get better prepared.
It is not time to get arrested, jailed, canceled, portrayed as a weirdo, or even a terrorist. The line between “let’s forbid them to talk about things” to “let’s erase them” is not that long.

Learn to stay put, FFS, at least for some time, and be ready. This is the truth of survival mode.

In this heated and crazy situation, people can get shot because of raising their own country’s flag, not to mention announcing that you are a patriot and that you are ready to fight tyranny.

It can happen there. It IS happening there. But you can survive it.

Be gray. Make plans. But fight battles you can win.

Selco survived the Balkan war of the 90s in a city under siege, without electricity, running water, or food distribution. In his online works, he gives an inside view of the reality of survival under the harshest conditions. He reviews what works and what doesn’t, tells you the hard lessons he learned, and shares how he prepares today. He never stopped learning about survival and preparedness since the war. Regardless of what happens, chances are you will never experience extreme situations as Selco did. But you have the chance to learn from him and how he faced death for months.