Selco on Gun Confiscation: “Here’s How It Might Actually Go Down” 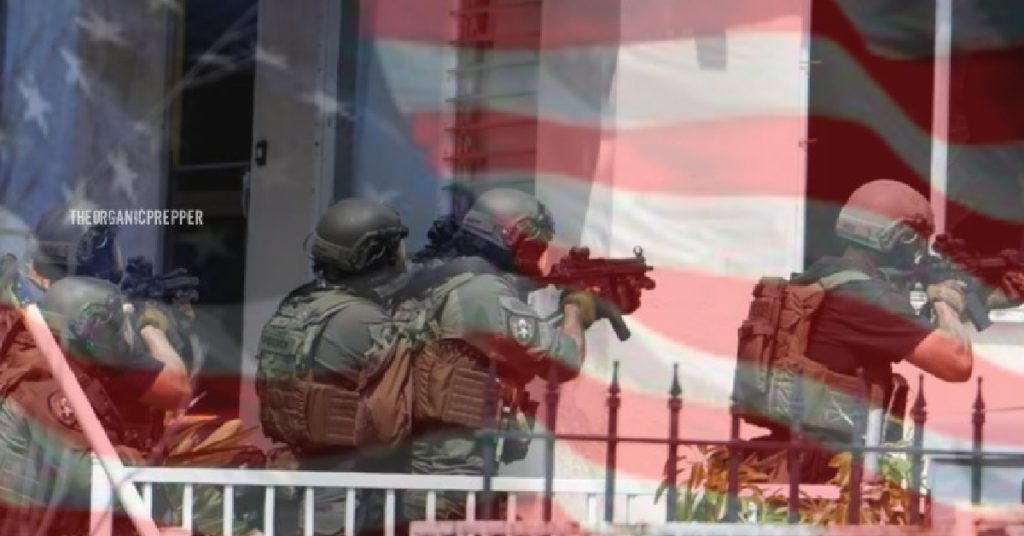 After reading a couple of articles about magazines/weapon news from New Jersey – actually, after reading a lot of comments from people on that news-  I have the urge to write this article. It is written from the survivalist point of view. There is, of course, the possible danger to get comments like “What the hell do you know Selco? You are not American, shut up!” Because I am going to be “poking” a few sacred cows here.

Right now, this is not the rise of communism.

I do not think this all news is about “rise of communism” in the US, and also I do think that you still live in a land with a lot of great rights and liberties, which is very cool.

What is not cool is the fact that you are moving in the direction of slowly “shrinking” of those rights. But it is still very far away from a “communistic evil empire”, so I do not see sense in having big headlines about Nazis and such other than scaring people for whatever reason.

Weapon rights and the government

I see here something which is much more dangerous than the fear of communism.

It is how people react to news or new laws about any weapon limitation. It’s how they talk about what the majority of them are planning to do.

Government at its core has the urge to control people in whatever way they can.  If you are more armed that means you are less controllable.

But if you are acting in a way that you are screaming from the rooftops how you “will defend your right to have (whatever) weapon (contrary) to the newest law” and how you’ll “be proud to own i, and to show it”  you eventually are not doing yourself any favors.

Do you really think that when the time comes that the government will send two pale clerks to search your home looking for whatever weapon?

Here is how it might actually go down. This is one possible scenario:

First, you’ll be labeled as a terrorist, some weird guy who wants to overthrow the government. Maybe your photo will be posted somewhere stating that you are very sick, and that you pose a danger to society.

If you are a member of some group, let’s say a prepper group, you all will be labeled as terrorists first, and through the media, you can be portrayed as a domestic terror cell, to the point that your next door neighbor will help police to get you.

Do not underestimate the power of the government machine. You may truly be a fighter for constitutional rights and a real patriot, but in 3 days you can become a crazy terrorist that citizens will actually hunt down and shoot like a mad dog.

The point here is there is no point of publicly “yelling” about what you own and what are your rights to own.

Of course, you need to own weapons that you think it makes sense to own.

But why does everybody else need to know that, including government and government services?

The 2nd Amendment is very cool, and I like it very much, but here is the ugly truth:

It works only if the government wants it to work.

One day, when the government does not want it to work anymore it will be out of order, illegal, or even terrorist to practice it.

Actually, you do need to protect that right. You need to defend it.

But again not in a way that you gonna portray yourself as a terrorist. I mean, I will own what I want to own, and only I am gonna know that untill the day when I need it very badly.

There used to be a law about weapons here, where I live, before the war. And yes, you could own a weapon but it was such a hard law that actually not too many people owned legal weapons.

And right when the SHTthe F, first thing that happened was the confiscation of legal weapons, based on lists of who own legal weapons.

Now what people could do then was to say, “This is my legal weapon. I have a right to own it, by the law.” And those who did that usually got shot.

There were 20 heavily armed guys at your door asking nicely for your weapon, to be turned over to them in the name of “law” as an effort of a government that wanted to calm down a chaotic situation.

Sometimes if you said no, those guys would simply destroy the whole house with RPGs and bombs.

And guess what that meant?

Folks who owned legal weapon lost them even before the big SHTF. And a lot of guys who owned them in an illegal way hidden somewhere still own them when SHTF.

Illegal and legal have different meanings in different times and based who says those words, so think about it.

I am not saying that it will go like that there where you are. What I do say is you that you need to think a bit outside the box when it comes to owning things.

My thoughts on this

For many years I found it ridiculous not to have an illegal (not traceable) weapon stored somewhere safe for the bad times.

When SHTF and when (if) guys show up on my doorstep to confiscate my weapon what will I do?

I will give them the weapon that they know about. What else I should do?

I have more of that stuff. It’s not worth it to fight over the one they know about.

What could be coming for the future?

Again I do not really see the government taking away all rights of owning a weapon as a possibility there. The tradition of firearms is simply way too big, and also the number of weapons is too big, too.

But what is possible is the rapid shrinking of that right through some big event, in an effort of getting things back to normal.

When something big happens and there is big fear and terror, people are ready to “give away” a lot of rights and liberties in exchange for the feeling of safety and security. This is wrong of course but it is how things work.

So actually you never know, anything is possible.

One bad side of having rights and freedoms for a long time (in owning weapon) is thinking it is always gonna be like that.

The “good side” of not having good gun rights is having a tradition of having ALWAYS hidden somewhere an illegal weapon. Always.

And only you know about it and maybe your family.

There is no need to brag about that anywhere else.