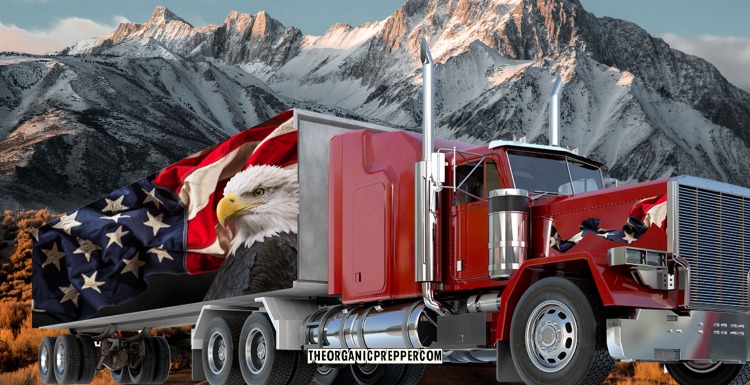 As we’ve seen time and time again, history repeats itself. By understanding these patterns, you can predict the future and prepare accordingly. And based on what’s happening in Canada right now, we need to prepare for the American Freedom Convoy because fallout is almost guaranteed.

Here’s an example of what I mean by predictability. Back when the Covid outbreak was just beginning to gain a foothold, I wrote articles about the patterns demonstrated in other countries that were ahead of us in infections, particularly China and Italy. Now, obviously, we never have all the information so I was only able to use what was made public. Still, a very distinct pattern emerged and I predicted with reasonable accuracy when the lockdown of the US would begin and how long it was likely to last. Many people scoffed and that’s absolutely fine – it’s part of thinking critically. However, by identifying the patterns of what was happening elsewhere, it wasn’t difficult to guess how things would go down here.

What we can learn from the Canadian Freedom Convoy

The Freedom Convoy is an epic rebellion taking place in Canada, a country where most folks are mellow and would rather have a smoke and a Tim Horton’s double-double than argue politics. It’s certainly not a hotbed of violent protests like the ones in the United States.

The Convoy has been mostly peaceful, at least on the part of the protestors, but adamant. These truck drivers are standing firm as the tyranny against them grows by the day.

Remember, in both Canada and the United States, protesting is a protected right of every citizen. Both the Canadian Charter of Rights and Freedoms and the US Constitution allow for peaceful assembly and freedom of speech. Cracking down on these peaceful protestors is a violation of the founding documents of their country.

Here’s how Canada is “handling” the situation.

The Prime Minister of Canada, Justin Trudeau, is, in my opinion, a weak leader. (Sound familiar?) When the convoy arrived at the capitol, Trudeau was nowhere to be found. Since then, here are some of the things he has ordered to try and make the Convoy leave.

And then he got nasty. He invoked The Emergencies Act, which is pure tyranny and de facto martial law, granting him the power to take all manner of actions in violation of the Charter of Rights and Freedoms. It’s basically a state of war against those who dare to question his mandates.

But it’s not just the truckers he’s going after. Ordinary people who support the movement are being financially targeted and labeled as terrorists.

Last night, Canadians talked about pulling their money out of the banks. Today, mysteriously, the bank websites are down.

What the hell is happening to Canada’s banks right now? pic.twitter.com/NRjPWlG0GE

This is in response to a truly peaceful protest. Imagine what’s going to happen when those Canadians up the ante.

How can we use this information to prepare for the American Freedom Convoy?

Currently, Freedom Convoys are organizing around the world, including in the United States, so it’s important to watch what’s happening in Canada right now and prepare accordingly. We can predict what the responses might be here based on what is happening there. We can be guaranteed that President Biden is taking notes on Trudeau’s actions (albeit in crayon) and considering taking those same actions here, perhaps pre-emptively.

These are my suggestions. Many of them are relevant whether you are pro-Freedom Convoy or anti-Freedom convoy. We’re all going to feel the effects.

Will an American Freedom Convoy be successful?

Multiple Freedom Convoys are organizing in the United States right now. Preparations are underway for the unwanted descent of the trucks.

On Friday, the White House press secretary, Jen Psaki, said the Department of Homeland Security is actively monitoring the possibility of a Washington-bound convoy.

“They’re taking all necessary steps to ensure that the convoy does not disrupt lawful trade and transportation or interfere with federal government and law enforcement operations,” Psaki said. (source)

The plans are for the convoys to reach Washington DC around March 6th. You can be sure that our government will try very hard to prevent that from happening.

March looks like it will be an interesting month.

Do you think the US will follow Canada’s playbook? Are you for or against the idea of the convoy? Let’s discuss it in the comments.