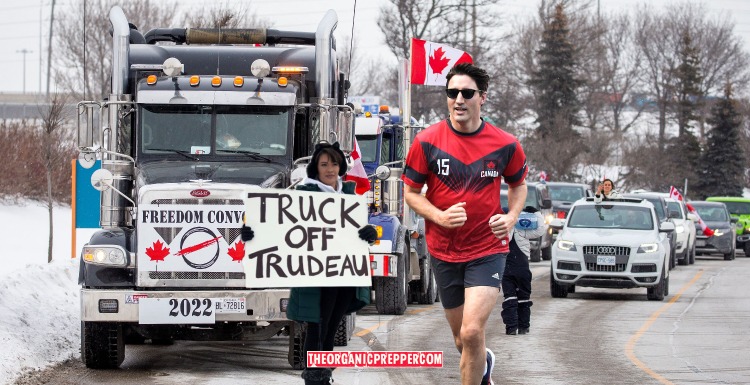 The Canadian Freedom Convoy has finally reached Ottawa. But the man who has put into place the policies these truckers are protesting against is nowhere to be found. Trudeau is gone.

He has fled the scene.

It was on January 27, that it was reported that Justin Trudeau had come into contact with somebody who was positive for COVID. Trudeau then reportedly took a rapid COVID test – which came back negative. He then decided it was best to “self-isolate” for the five following days.

Of course, this all coincided perfectly with his disappearance before the bulk of the convoy arrived.

Three days later it was revealed that what had really happened was that Trudeau had left his Ottawa home for a “secure facility.”

It appears that the Canadian public was fed a ruse. Rumors are now circulating throughout parts of the internet that Trudeau actually fled Canada completely, and now is in hiding somewhere within the United States.

🚨🇨🇦#Urgent: Justin #Trudeau moved to A safe place in the US according to Israeli sources, as Canada protests spark security fears. pic.twitter.com/2P3lexCE8z

As of yet, there has been no confirmation of this, however.

On February 1, Trudeau would make his first public statement in days while he was still in hiding. He said, “We are not intimidated by those who hurl insults and abuse at small business workers and steal food from the homeless. We won’t give in to those who fly racist flags.”

The trucker freedom convoy is greeted by supporters in Salmon Arm, BC, Canada as it makes it’s way to Ottawa to protest mandates. pic.twitter.com/nSPtPOh9kv

Does reality match up with Justin Trudeau’s statements here?

Perhaps the irony of his statements can best be displayed via the following stories:

Tonight I was fined more then 17k for attending and leading church when the province thinks I should Quarantine.
If there is anything essential to a pastor, it is to be at church.
Other people are exempt for "essential" reasons. Nothing is more essential then our souls. pic.twitter.com/mfww7N0cMv

Canadians don’t seem to think so. And the massive support the Freedom Convoy has been getting is proof of that. Even former victims of communism are thanking the truckers for what it is they are doing. When people flee from communism, it appears they’re grateful to those who attempt to keep communism at bay. Consider the following video of a Chinese woman thanking the Canadians for fighting to keep the teachings of Karl Marx from becoming firmly entrenched in Canadian soil…

If this doesn’t wake you up or hit you in the feels there’s no hope pic.twitter.com/VNdcYxNbWj

Who is the true source of the hate present in Canada? Is it the men and women attempting to feed their sons and daughters? Is it the pastors tending to their congregations? Is the source of this vitriol the Canadian patriots fearful of the country they will leave behind to future generations?

Or does the true source of the chaos and tyranny destroying Canada reside elsewhere?

It appears as if freedom-loving Canadians understand that it is not them. They are upset with what is literally being forced upon them.

(Check out our free QUICKSTART Guide on food storage before reading further.)

The Canadian Freedom Convoy has now spawned off numerous other movements throughout the world as well. Australian protestors have since flooded the region of  Australian Parliament in a gesture of solidarity with those demanding freedom in Canada.

This came about after a truckers in Australia began meeting in various cities throughout the island nation as they began their journey to the capital of Down Under. This Australian Freedom Convoy was called Convoy to Canberra.  Even the Netherlands has seen a similar trucker convoy take place, as the convoy gathered in the town of Leeuwarden.

NEW – Dutch truckers drive in a convoy through Friesland, Netherlands, inspired by events in Canada.pic.twitter.com/mbfogSoupr

The Canadian Freedom Convoy seems to be making a difference. This will prove interesting to watch.

What are your thoughts though? How long will Trudeau remain in hiding? Have you heard other reports of similar style freedom convoys? Do you foresee the Canadian people achieving success this way? Let us know your thoughts in the comments below. 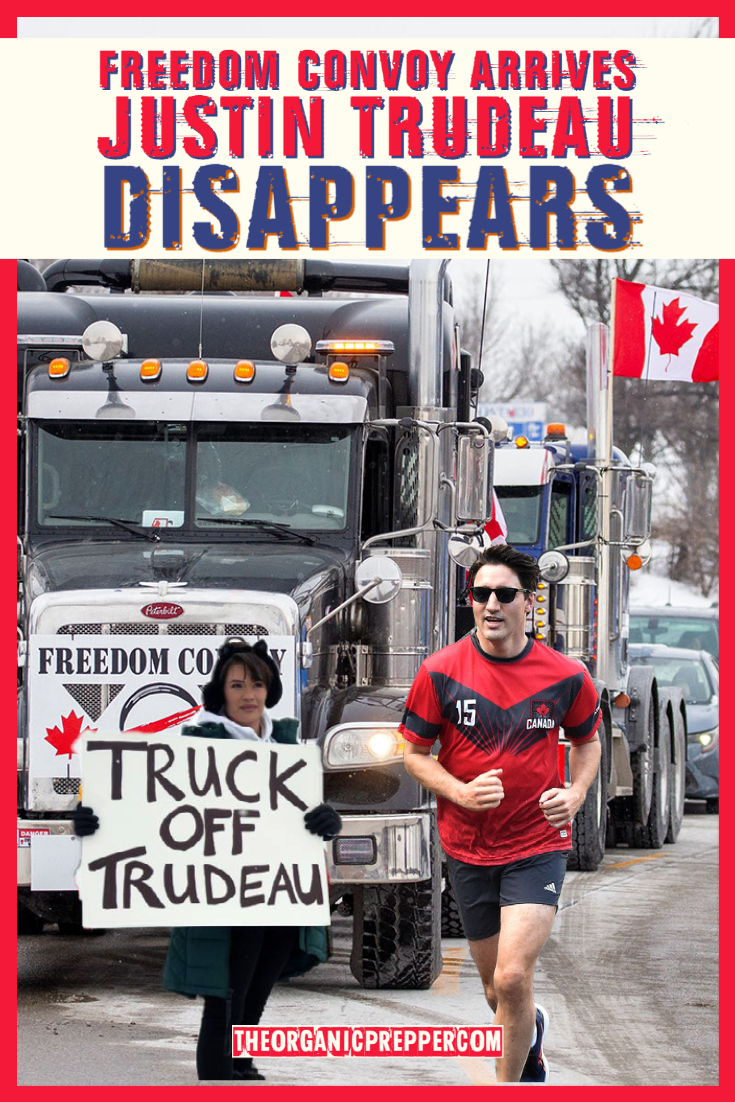