The Canadian Freedom Convoy: Blacked Out, Defunded, and Still Growing 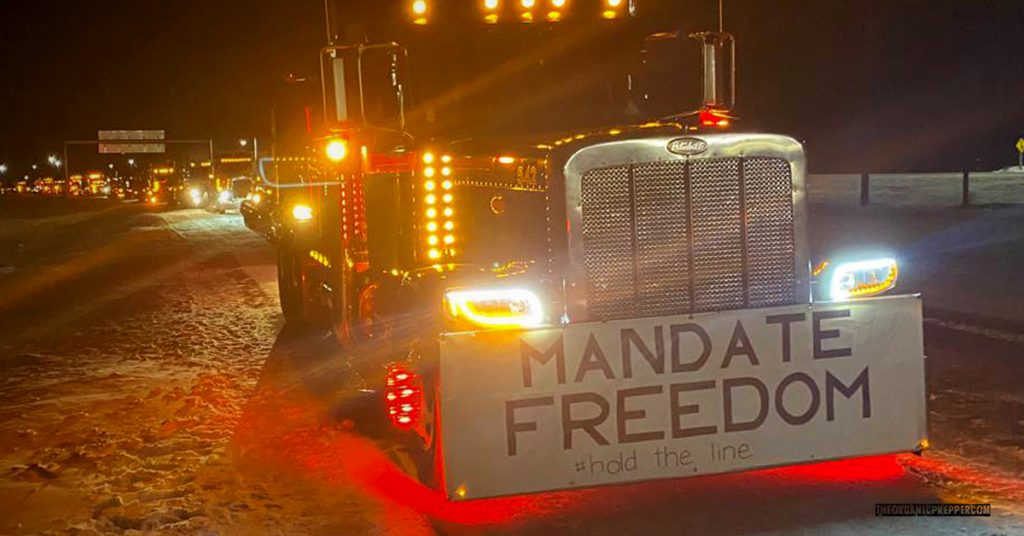 It was on January 15 that the Canadian government decided they needed to impose a jab mandate over Canadian truckers, claiming that man no longer had the right to his own body, but that his body instead belonged to the state.

And so, Canadian truckers organized, creating the Freedom Convoy.

This massive caravan may very well have set a world record, as it’s estimated that 50,000 trucks have joined with it. That’s trucks – not truckers.

Freedom trucker convoy making its way through Smithers, BC, Canada on its way to Ottawa to protest mandates next weekend. pic.twitter.com/HRbICfTYjV

Crying as I watch footage of the truckers freedom convoy, I am realizing how much trauma our canadian government has caused, continues to cause and how broken I am. It is unforgivable. pic.twitter.com/4fq7p5q8w1

Truckers are getting the heroes welcome as they pass through Canada#FreedomConvoyCanada pic.twitter.com/WhxgokoPLK

The January 15 royal decree has stated that Canadian truckers who do not have The Jabawockee in their body will be forced by Canada to undergo a two-week quarantine period should they traverse the Canadian-American border.

Washington DC decreed a similar demand on January 22, when the post-9/11 US Department of Homeland Security decided that Canadian truckers had to be fully jabbed should they enter American soil.

Both of these decrees (when enforced by those who do not understand what their respective countries truly stand for) would result in thousands of men losing their ability to provide a paycheck for their families – to put bread on the table.

Though I’m full vaccinated,I’m against vaccine mandate.
Many people watching around the world and standing in solidarity with Canada and it’s courageous truckers .
Go truckers Go !#TruckerConvoy2022 #FreedomConvoyCanada #IStandWithTruckers https://t.co/gxr3LJgzOH

And the Canadian truckers are not alone, it seems. Reports are surfacing of thousands of American truckers all traveling up to Canada to join the fray. The caravan is heading towards Ottawa, where it intends to turn the city into the largest truck stop of all time.

Canadian mainstream media has been downplaying the extent of this convoy, and there are even reports surfacing that the live camera feeds the public can normally watch online of Canadian highways have been shut down.

Why are all HWY 401 cameras between London and Cambridge not available right now? Perhaps too afraid to show a convoy? There were all viewable last night when I checked the website. #FreedomConvoy #FreedomConvoyCanada #freedomconvoy22 pic.twitter.com/skDUjY9oTT

This is further exacerbated in areas such as Quebec, where all those over the age of 12 have to abide by the “papers, please” mindset to those at the front door of stores over 1500 square meters. Should they not have the proper Juden paperwork in order, those Canadian citizens will then be escorted – like a child – by a “health warden” who will ensure they only shop for essential goods.

While grocery stores are specifically permitted areas for the unjabbed, Walmart and Costco are not classified as grocery stores, and thus, are regions which require a health warden to shop in.

They’re perfectly safe to shop for groceries, but when they step across the aisle to buy a pair of wool socks, they’re suddenly dangerous.

Woe to those who do not live in an area with any nearby non-Walmart/Costco “grocery stores.”

GoFundMe froze more than $4 million donated to the Freedom Convoy

On January 20, a grouping of dozens of truckers drove a continual loop back and forth from Emerson, Manitoba, to Pembina, North Dakota, causing massive congestion, in a show of their disapproval of these mandates.

A GoFundMe account was started for the Freedom Convoy, rapidly raising over $4 million US dollars.  Then GoFundMe froze the money, stating that they wanted the organization to clearly delineate how the money was to be fairly distributed amongst the 50,000 trucks.

It doesn’t seem to be stopping these truckers, however. At least, 12,000 American men just showed up to the party.

#Canada 🍁 12000 USA trucks crossed the boarder with no problem and joined the convoy! #TruckersForFreedom2022 pic.twitter.com/52oEbmjm4q

The end results were known from the start.

Countries across the globe are already experiencing supply chain problems as a result of the perceived unbridled power of those who have infiltrated the field of public health. While there are no bounds to human stupidity, these decrees are not being done ignorant of what the final consequences will be.

Further supply chain problems are fully expected. So, why are these people pushing through these policies?

Transportation Intermediaries Association President and CEO Anne Reinke said, “Americans are struggling with higher prices and scarce goods, at the grocery store, the gas pump, and diners across the country.”

She went on to say, “One way to make this drastically worse overnight is to take tens of thousands of truck drivers and forbid them from entering the country, leaving countless amounts of essential freight at the doorstep of our country.”

Antonio Cachazo, Regional Director for International Transportation Services, says that these types of decrees could cause a interruption in the transport of medical supplies.

(Better read our free QUICKSTART Guide to food storage now, rather than later…)

It’s also been noted that these decrees have cost Canada at least 10% of their international drivers already. If professionals within the field of freight and logistics can figure this out, do you truly think that politicians cannot?

They know what is being done. And yet they still do it.

When you cannot get your medicine, when food is not showing up on your store shelves, when you cannot keep your propane tanks filled or your house warm – this will all have been preventable. It didn’t have to happen. Yet globalists pushed you into it.

This is what they wanted.

“We are a peaceful country that has helped protect nations across the globe from tyrannical governments who oppressed their people, and now it seems it is happening here. We are taking our fight to the doorsteps of our Federal Government and demanding that they cease all mandates against its people. Small businesses are being destroyed, homes are being destroyed, and people are being mistreated and denied fundamental necessities to survive…” – The Canadian Freedom Convoy

What do you think about the Freedom Convoy?

Do you support what these truckers in Canada are doing? Why are hundreds of thousands of people protesting around the world but not in the United States? Share your thoughts in the comments. 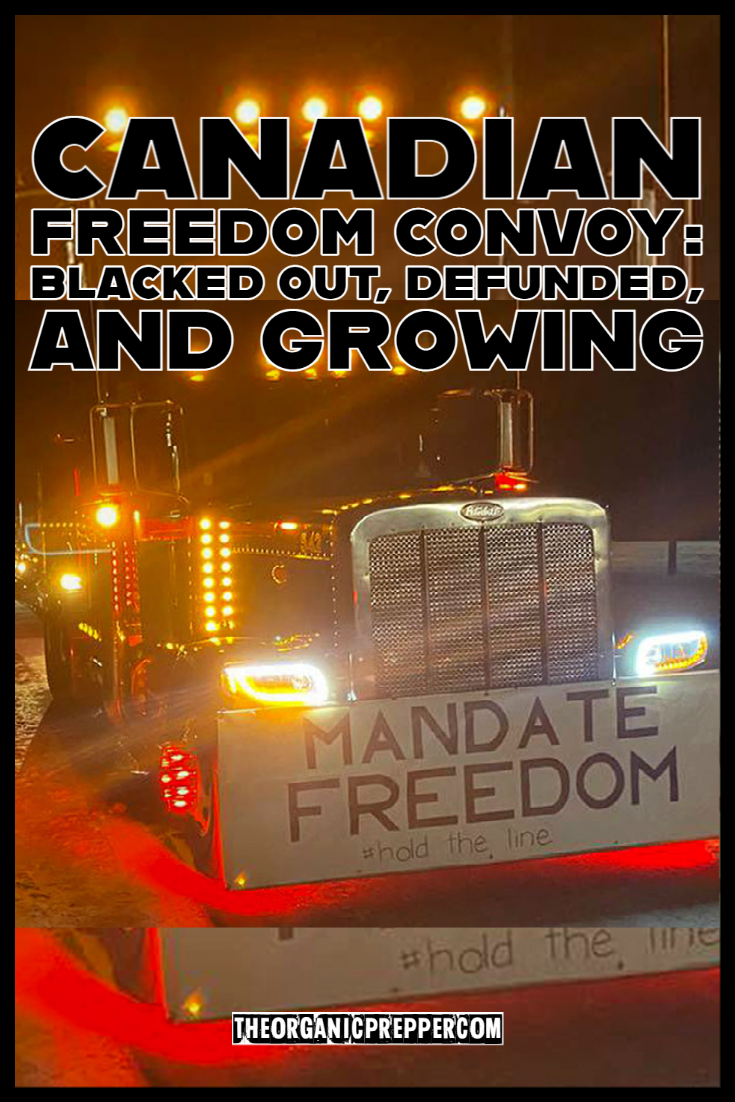