An Update on That mRNA Lettuce Research 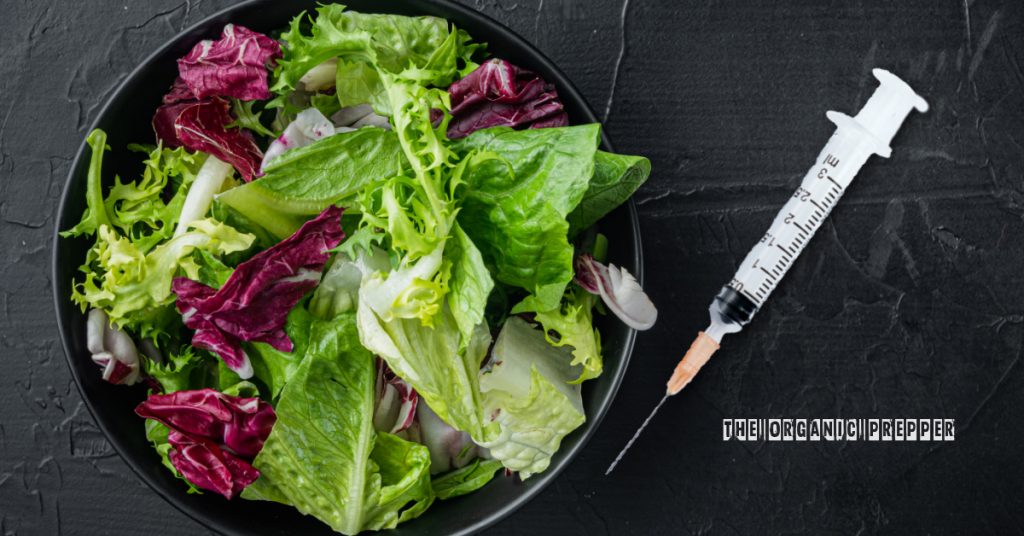 In September 2021, the OP published an article about putting mRNA vaccines into lettuce.

The National Science Foundation (NSF) had awarded a research group from UC-San Diego, UC-Riverside, and Carnegie Mellon $500,000 to investigate this potential new technology. This project had three major goals. The first was to determine whether or not DNA containing the mRNA vaccines could be delivered to plant cells. The second was if, once in the plant cells, the mRNA could replicate and produce amounts of mRNA comparable to the mRNA vaccines currently on the market. The third point of the research was, assuming mRNA could replicate in the cells, to determine the correct dosage.

At the time, a flurry of news articles about this research project was released, enough that USA Today felt the need to “fact check” the claim that people might be eating vaccines in salads.

Those of us who were so intrigued and concerned last year may be wondering, have they made any progress?

Is this coming to a plate near me soon?

How concerned should I be?

UC and Carnegie Mellon have not posted any updates since last year. In the USA Today fact-checking article above, the head researcher, Dr. Juan Pablo Giraldo, admits that the technology is many years away.

“This research will take a couple of years to show proof of concept of the technology. . . If successful, it will need more studies and several more years for people to use leafy greens as mRNA vaccine factories.”

As weird and concerning as this particular project may sound, it is important to recognize that this is only one of many kinds of vaccine development out there. And this project isn’t even aimed specifically at producing vaccines for one particular disease. The researchers are just working on a potential template for producing mRNA in general.

Researchers believe mRNA could be used to prevent malaria, tuberculosis, hepatitis B, and cystic fibrosis.

And think about the delivery. Getting your mRNA in veggies would be a form of oral vaccination. There is one company in Israel, Oramed Pharmaceuticals, working on an oral Covid vaccine, but that has still not been approved. Research is being done on delivering a wide variety of vaccines orally, but oral vaccine delivery is generally difficult because our stomach acids can destroy so many substances.

There is a lot of work to be done in making effective vaccines available through food, and I don’t think this will be coming to a plate near me soon. Having said that, will I keep paying attention and growing my own produce? Yes. I see two particular areas of concern, one ecological, one philosophical.

This project has risks reminiscent of the issues surrounding GMOs. The researchers cite concerns about proper dosing. The vaccines on the market may contain 30 mcg (Pfizer’s) of mRNA or 100 mcg (Moderna’s), but none of them contain a gram. Dose matters.

Well, what happens when they start growing mRNA-containing lettuce at field scale, it bolts, and the seeds contaminate nearby farms?

It happens with other crops. GMO corn contaminates traditional corn so frequently, in fact, that the feed producer I buy from doesn’t use corn in his feed.

Not because corn is bad for animals, but he’s certified organic, and too many of his neighbors grow conventional.

He doesn’t feel like he could guarantee truly organic corn. Once mRNA-containing produce enters the food supply, would it be possible to get it out?

How controllable would this really be?

People have been receiving mRNA vaccines for a while now, and they have already wound up in places they weren’t supposed to.

The Journal of American Medical Association (JAMA) Pediatrics just published a letter in September reporting finding mRNA from vaccinated mothers in their breastmilk. Considering that these vaccines have not been approved for babies under six months, and at the same time many babies under six months are still breastfeeding, I think it is safe to assume that this wasn’t anticipated.

And I need to make it clear: I’m not saying this is necessarily harmful. I’m not saying it’s part of a diabolical plan. I would just like to point out that the mRNA in these medical products has been traveling around more than the manufacturers anticipated. They come up with their recommended doses for a reason, but it’s hard to adhere to a proper dosing regimen when the substance in question becomes ubiquitous in the environment.

However, this technology is a long way off. I understand why people would get so concerned at the thought of eating mRNA without realizing it, but it looks like the possibility of that is still many years away. And $500,000 is not a huge grant. I think if this was more immediately feasible, they would be throwing more money at it.

(Want to learn how to preserve the GMO-free food you grow? Check out our free QUICKSTART Guide to home canning.)

My more immediate concern is philosophical.

The researchers claim that the big push behind this is to lower the cost of vaccines. Okay. But they’re also claiming that maybe one day you can “Grow and Eat Your Own Vaccines?” You can’t ignore the fact that they’re trying to make vaccine uptake as easy as possible, and this is where my other concern comes in: the nonstop pushing of medical procedures.

I’m not going to speculate on this other than to say that it’s a colossal money train for the medical and pharmaceutical industries. I’ve mentioned above that $500,000 is not a huge grant. You know what is? $20 million.

Next to that kind of money, half a million is chump change. It’s peanuts.

And there is currently more than $20 million available in grant money through the Mercury Project to people finding ways to build vaccine demand.

Situational awareness is vital to prepping.

I’ve been growing my own lettuce for years, not out of fear but because I wanted to save money. It gave me some peace of mind after the E. coli outbreaks in grocery store lettuce. If this technology does become practicable, I’ll have even more peace of mind regarding my personal food choices. Growing your own food is great for your wallet, great for your health, and great for your peace of mind. You know where your food comes from, and over time you gain the well-earned confidence of someone with a useful skill.

However, the real battleground isn’t in our fridge or on our plate. It’s in our minds. That’s where the real money is being spent, on getting us to demand certain things.

Wanting good health is not unreasonable, but the same advice as always still stands: practice good hygiene, avoid processed food, monitor your weight, and exercise, preferably in a way that also gives you some vitamin D.

Pursue well-being to the best of your ability, but in the meantime, pay attention to how you are being marketed to. Ask yourself what you really need. If someone is trying to sell you something—anything—find out who benefits.

I hate to sound so cynical.

I certainly wasn’t raised to be so distrustful. But then again, when I was a kid, you could sue vaccine manufacturers.

That changed in the 1980s. The world is changing rapidly. We need to pay attention to where financial pressure is being exerted. We need to make sure we aren’t getting mindlessly swept into the next current thing.

It’s obvious that, right now, immense financial pressure is being applied to increase demand for medical interventions. We can see that there is a lot of money to be made. Other than that, we can’t assume negative intent. But we also can’t assume that the rich and powerful are completely altruistic. We need to pay attention to our surroundings, educate ourselves to the best of our abilities, and do our best to be responsible for our own health.

What are your thoughts? Are you concerned about unknowingly digging into a heaping dish of MRNA? What do you think about the inclusion of these kinds of things in food? Let’s discuss this below.