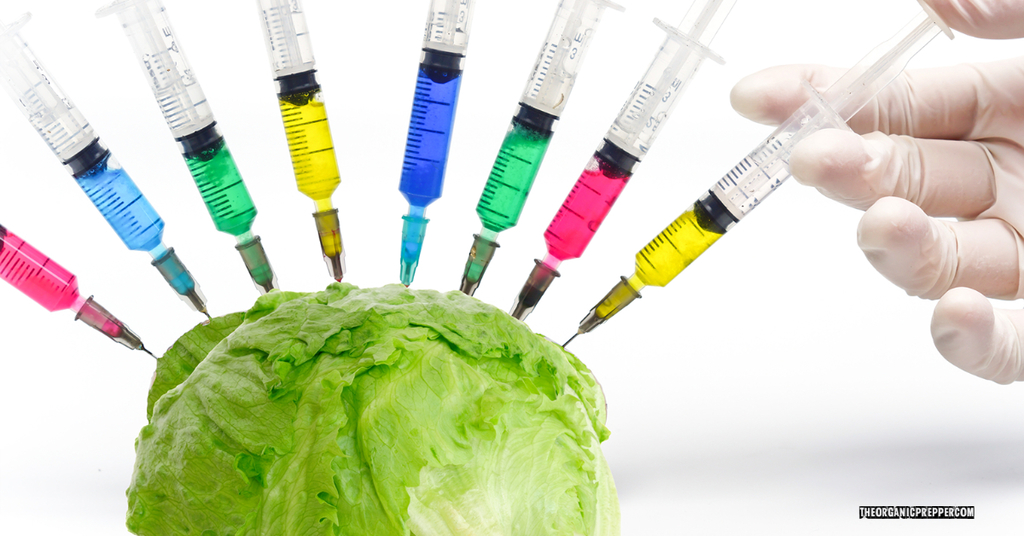 As if our food wasn’t already tainted enough, researchers are now working on putting mRNA vaccines in LETTUCE. UC-San Diego and Carnegie Mellon University are both currently involved in this research. And, they are doing so with Washington DC’s blessing.

Buy your garden seeds early, everybody. And get them from a source you can trust, like this one.

Can you put the mRNA dressing on the side, please?

The National Science Foundation is footing the bill for this research, having forked over half a million dollars in grant money towards the project of putting vaccines in lettuce. [source]

According to associate professor of botany and plant sciences, Juan Pablo Giraldo, “Ideally, a single plant would produce enough mRNA to vaccinate a single person.” Giraldo went on to say, “We are testing this approach with spinach and lettuce and have long-term goals of people growing it in their gardens.” [source]

So, one bowl full of salad will get mRNA into a host’s body.

Not the tomatoes too!

Why do they want to put vaccines in lettuce?

Q: Why is there a need to start putting medical treatments into food?

What other reason can there be? If anybody wants to get the job, they can easily do so at multiple locations throughout the country, and often for free. There’s simply no reason whatsoever to believe we need to start putting the mRNA into food. We do not need vaccines in lettuce, thanks.

Old McGates had a farm…

Guess who the largest owner of farmland in the US is?

Nobody else owns as much farmland as that man does. Will Gates back such technology? Given that he holds most food-producing plots throughout America, what do you think happens next?

Governments worldwide are currently upping the ante for getting the jab. Seemingly with a strange desire to get as many needles into as many arms as possible. Putting mRNA into lettuce seems to be nothing other than an underhanded scheme to violate peoples’ bodily integrity against their knowledge/will.

Will we be told that mRNA is in lettuce? I believe this is the next logical question to ask. And I think the answer is going to be a resounding ‘no.’ Just like Big Food stringently objected to GMOs being labeled as genetically modified, I imagine they’re not going to want you to know there are vaccines in your lettuce.

Did the CIA tell victims of MKULTRA they were giving them hallucinogens? No. The CIA gave those people drugs against their will and without their knowledge and then subjected them to various forms of torture.

Why would this be any different?

And even if there were a label listed on the lettuce containers stating ‘this is COVID lettuce,’ can we trust that others won’t feed it to us? “Oops, I forgot to mention it.”

If there’s one thing that we’ve learned about humanity at large over the past two years, it’s this: it is inherently wicked. Look around you to see what has happened. You will see people denied medical treatment because they “aren’t following the rules.” We’ve been encouraged to snitch on our family members. Sadly, we have even seen people being killed over the mask debate. Some of us have witnessed police beat a citizen into a bloody pulp for simply attempting to purchase groceries.

And what happens if you eat a salad for lunch every day? That’s a heck of a lot of mRNA vaccine you’re getting there. Can you OD on that stuff?

I’ll take mine with everything on it, except the mRNA

We should all be very concerned about this news. Whoever controls the food controls the people. However, I believe there are a few things you can do to fight against such injustice.

Vaccines in lettuce. I’m just shaking my head. If ever you needed another a reason to grow your own, this is it.

You can learn self-reliance skills and support this website with our many courses and ebooks at Learn.TheOrganicPrepper.com.

Vaccines in lettuce are probably just the beginning.

Freedom means you have it your way, not theirs. Vaccines in lettuce are likely just the beginning of people being forcibly medicated without their knowledge or consent.

There are totalitarians in our midst, and they will steal your freedom and use food against you. Be vigilant and stay aware.

What do you think about sneaking vaccines into the food supply? Are you for it or against it? Will this change the way you eat or acquire food? Let’s talk about the idea of vaccines in lettuce and other foods in the comments.