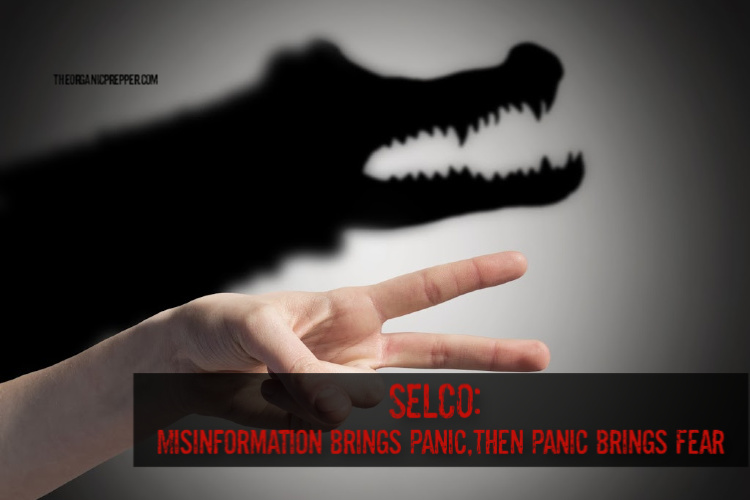 And once fear is settled in, everything is possible. Among many things that fear can bring, one is especially important for us – hate.

Hate is usually toward others who are “different” than we are.

Hate towards “others” is always alive in any society, no matter how modern and human that society is.

I watched a group of tourists standing at the airport a couple of weeks ago There were some 20-30 of them standing in line for check-in, and there was a big circle of empty space around them.

Everyone stared at them, looking and acting kinda scared. Security guards were standing a little closer to them. I saw a few women leaving in a hurry with their kids, afraid of that group.

I was almost sure if some of them sneezed at that moment that other folks would use force to remove them from that place.

It was a small local airport and those 20-30 people looked like they were Chinese.

The interesting thing was that they were not Chinese at all, nor had they traveled from China or to China.

Now you can say “it is better to be safe then sorry” or something like “I would do the same if I was there” and actually you may be right.

But the point here is that the line of let “transfer” that goes “misinformation-panic-fear-hate” leads to one important thing for us who are interested in survival.

It leads to the dehumanization of others.

Dehumanization is something that fascinates me.  (In a bad way because I saw it how it works in real life.)

If you ask how mass killings, private prisons, rapes, concentration camps, genocides, and all those other horrible things happened in the Balkans, the answer is the dehumanization of others who are different then you. This is something I discussed in detail in my book, SHTF Survival Stories.

It has happened many times in history that groups of people (misinformation, panic, fear, hate) are being led to a belief that people from another group are practically worthless. Even more, they are brought to the place where “every normal man” has a duty to eradicate “the others.” And they can do it in any possible way; they can treat them for medical experiments like rats.

Because they are not people anymore.

An interesting thing here (and again proven through history) is that once when you start to dehumanize a group, that process can not be stopped until spreads to all parts of human society. So over time, everybody will be “others”, maybe because you will be an “other” simply because you want to think with your own head.

There is a strong and ancient need that we as humans want to accuse people who are different then we are of very abstract things. They may be a different race, religion, or have different political beliefs.

It all goes well until society is not running. Once society begins to fall, it is kinda open season on “others.”

Pay attention carefully where misinformation, panic,  fear, and hate may lead you, or the people around you. It sucks to be “other.”

The “Chinese” tourists from the beginning of this article were real-life examples of how panic works. There is saying here that “everything changes when heads start to roll.”

In other words, when people start to kill each other without real fear and consequences from the law and the system, when your life or life of your kid is on the line, things like freedom of speech, human rights, law and similar becoming distant memories. Suddenly, they’re just words and that transfer can happen really fast.

Since we mentioned fear from the coronavirus, I have some thoughts about that too.

This new epidemic has already brought a lot of panic, fear, and misinformation to all of us.

In truth, I do believe that nobody knows for certain how serious this may become worldwide. We do not have enough information.

The prepper world is full of information about it, and actually, there is a lot of fear and panic there, too. A lot of that is very excessive. I have a feeling that the S. may hit the fan because of fear and panic, not necessarily because of the virus itself.

On the other hand, we can look at how the Chinese government is reacting to that situation. And that really tells us it is something serious happening there.

Now, another interesting thing is that the Chinese system of rule is something that I am familiar with. I grew up in a similar system.

In situations like this, that kind of system is made to WORK instantly.

There are a few reasons for that. Let’s say it is a system where every man is a “soldier” and also it is a system that keeps people in strict control, for years.

Now, transfer a similar situation to your current system wherever you are. Ask yourself how would that response would work in your case. What would happen around you? I know for sure if that situation happened here around me, the system would simply cease to exist in a couple of weeks., Folks would be left to take care of their own with no system.

Are you ready to sacrifice your life, life of your family for “the greater good” of fighting the disease as they are asking in China? Or you would just bug in or bug out?

There are few good choices when panic and fear are involved.

Selco survived the Balkan war of the 90s in a city under siege, without electricity, running water, or food distribution. He is currently accepting students for his next women’s survival course here.