Georgia Declares a State of Emergency Over Supply Chain Shortages 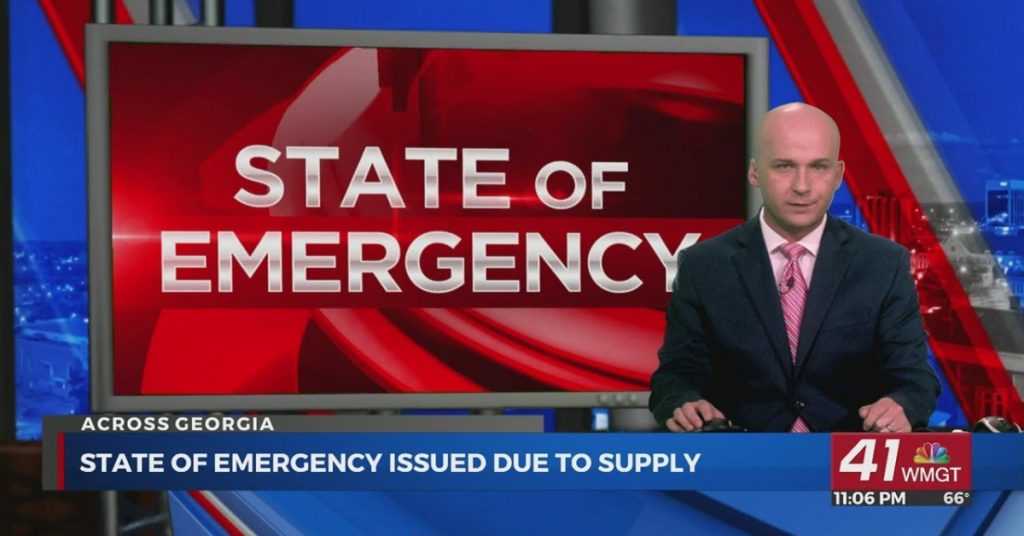 Things have apparently gotten so bad in Georgia that the governor has now declared that the state is living under a state of emergency due to supply chain shortages.

Republican Brian Kemp decreed this executive order on April 14, stating that covid was the reason for all economic distress and supply chain issues within the state of Georgia. Kemp locked down Georgia at the beginning of 2020, and Georgians received another notification in November 2020 that they would be locked down again for another two months.

The unconstitutional lockdowns aren’t mentioned within the executive order as being the cause of the economic woes of the people of Georgia.

Does Kemp now have unlimited powers?

From the wording of his executive order, it appears so.

As he cites within the order, Code Section 38-3-28 says that “all orders, rules, and regulations promulgated by the Governor” have the force and effect of law. This gives the appearance that Georgia is no longer ruled by law but instead by decree.

The order cites Code Section 38-3-51, saying that Kemp now gets to “assume direct operational control of all civil forces and helpers in the state” and that he can do whatever is “necessary to promote and secure the safety and protection of the civilian population.”

At the moment, do the three branches of government exist within the state of Georgia? From the wording of this executive order, it appears as if there is the executive branch, and that is it.

Price gouging is now considered to be illegal.

No specific rate of markup is defined to delineate what exactly price gouging is. I suppose that this is left up to the discretion of whoever shows up to enforce this new order? Will the shop owner have to prove how much he paid for an item to avoid being fined and/or being sent to jail? Will shop owners be forced to accept lower profit margins than they are used to in order to avoid being labeled a price gouger? What will this do for businesses?

To help with the supply chain problems, it was apparently thought that there needed to be longer hours for truckers. Part 395 of Title 49 of the Code of Federal Regulations – the part that dictates how many hours a semi-truck driver can operate his rig has now been removed from Georgia as well. A clause was added to explicitly state that no carrier could force any of their truck drivers to work when they were either ill or fatigued as well.

As things stand, this state of emergency is slated to last for the next 30 days unless things magically get better in Georgia before then, in which case, the order will be lifted early.

The full executive order can be read HERE.

(Sounds like a good time to read our free QUICKSTART Guide to emergency evacuations, if you ask me.)

This is likely the first domino to fall.

The current supply chain issues are multi-factorial, and there’s no reason to believe that squeezing three to five extra hours per week will just cause things to get better. If there’s no product, to begin with, there’s nothing to ship.

Let Georgia serve as the canary in the coal mine for you.

Being in the middle of the South, Georgia is typically considered to be a relatively conservative area (minus the city of Atlanta). If the governor there is willing to give an executive order that appears to drastically expand his powers and seemingly shutter the other branches of government, what could happen in your state?

If supply chain problems can lead to a state of emergency being declared that dictates how much you can charge for an item, how long will it be before further measures are taken in Georgia? Once it is realized that extended trucker hours don’t help when inflation has wrecked the economy, what next steps will be taken to “solve” the crisis? Will confiscation of privately-owned food from “hoarders” be used to fight the crisis? Will further powers be granted to Georgia’s governor? Perhaps gas rations will come into place? What do you expect to see?

Whatever comes next, I can tell you one thing: I don’t think you’re going to like it.

(I mean, I like cream cheese as much as the next guy, but drafting an entire executive order for supply chain issues? It just seems a bit excessive to me.)