The Criminalization of Preppers in Turkey: Will Our Country Be Next? 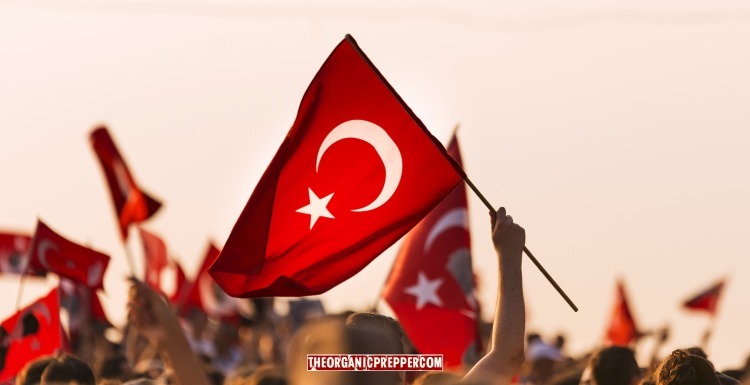 History has shown us that collectivism detests the individual. The man who can exist independent of the system, who thinks for himself, who is not easily swayed, and who has values rooted in absolute truth which he refuses to give up – this is the enemy of collectivism.

But if we take a closer look at one aspect of the individual – his ability to exist independent of the system – is it not clear this is an end goal of prepping?

Is that not what a prepper strives for – the ability to exist independent of the world around them so that disaster does not affect them in the way that it affects others?

It is, and this is why collectivism criminalizes preppers over and over again.

We’ve seen it before and we’re seeing it right now, most notably in Turkey.

Turkey is cooked, and we all know it.

For those who keep a fairly accurate pulse of world events, you know that the fiat currency of Turkey – the lira – is collapsing.

As of this year the lira has lost approximately 40% of its value, and from all appearances, it shows no signs of stopping its downward spiral anytime soon.

Inflation is rapidly leading to hyperinflation within Turkey and the Turkish citizens have recognized this. People began attempting to step away from the lira and delving into cryptocurrency in an attempt to protect themselves.

And then the Turkish government made crypto illegal as a form of payment on April 30, 2021. This was done to prevent “irreparable damage.” What’s ironic about this is that the Turks said this was because cryptocurrencies were “neither subject to any regulation and supervision mechanisms nor a central regulatory authority.” [source]

That’s a fun train of logic from the people that are in the process of destroying their own currency.

Crypto – long argued to be the libertarian response to centralized currency – is kind of scary to delve into if landing in a Turkish prison happens to those caught with it. And attempting to dump their personal lira savings into US dollars, euros, or any other fiat currency is practically impossible for Turks as well. Their hands are tied. What then is the natural response?

Your country is being rocked by hyperinflation. Your fiat money is worthless. Forex is regulated to the point of being impossible. Crypto is banned. The price of food has shot up 27.1%.

What do you do?

You don’t want to just watch your life savings be vaporized. You aren’t going to watch your family starve.

And so, you may think it’s a wise idea to put your money into something that will retain its value. This is the reason people invest in gold and silver after all, isn’t it? This is the reason James Wesley Rawles pushes guns, tools, and gear for investment, right?

And that’s exactly what people in Turkey started to do.

Then the criminalization of Turkish preppers began.

People there have started turning to tangibles. They saw what was coming – how things were taking a turn for the worse – and so they attempted to prepare for it.

Then, the ironically named Justice and Development Party (AKP) submitted a bill to the Turkish Parliament asking for fines of anywhere between what would be $7000 – $144,000 USD for those “hoarding….food and other goods”.

That was Step 1 in the criminalization of preppers.

Step 2 took place this past week as 51 various Turks were arrested by police for “panic hoarding” new cars. Turkish media widely reported people were investing in new vehicles as a means of inflation protection.

But this was deemed to be a threat.

These 51 individuals were accused of “lowering dealership inventories,” which allegedly led to higher prices. The AKP fiddling around with their centralized banking system most certainly couldn’t be the cause. It must be the citizens’ fault that inflation is rocking the country.

And so, anybody who attempts to protect themselves from totalitarians must be stopped.

The criminalization of preppers coincides with inflation and war.

Look at what we’ve witnessed in Venezuela – yet another collectivist society that has been rocked by hyperinflation. It was there, after communist policies caused a 20% shortage of basic goods, that Attorney General Luisa Ortega Diaz called for prosecutors to target those who were “hoarders” of staples of daily life.

In other words, if you had a supply of rice stowed away in your basement, you were no longer safe. Now, you were a target.

We’ve seen this vilification even within the United States.

Consider that it was in early 2020 that the mainstream media criticized those they deemed to be “hoarders” in unison. Have too many cans of soup in your cart? According to the media, you are now worthy of public shame.

It was during this same time that we saw a Brooklyn man have his home raided by agents who confiscated his supply of N95 masks for “hoarding” them. Keep in mind he had purchased all of these masks. They were not stolen. They were legally his possessions.

“Something needs to be done about those people!” is what the TV indoctrinated were being led to say, in the hopes that public support could be used to “justify” whatever policies were going to come down the road in the near future.

Despite public opinion, building up our personal stockpiles is exactly what we need to be doing. And now, before it’s too late. Check out this FREE quickstart guide to help you create your own food supply quickly and affordably.

What are we going to see next?

Is Turkey the canary in the coal mine? Is what is happening there – massive inflation bordering on hyperinflation (all caused by government policy), nobody producing anything, massive shortages of goods, and the criminalization of preppers to the point of outlawing any degree of independence from politicians whatsoever – simply the first case of this noxious policy?

Does the complete criminalization of preppers within America come next? 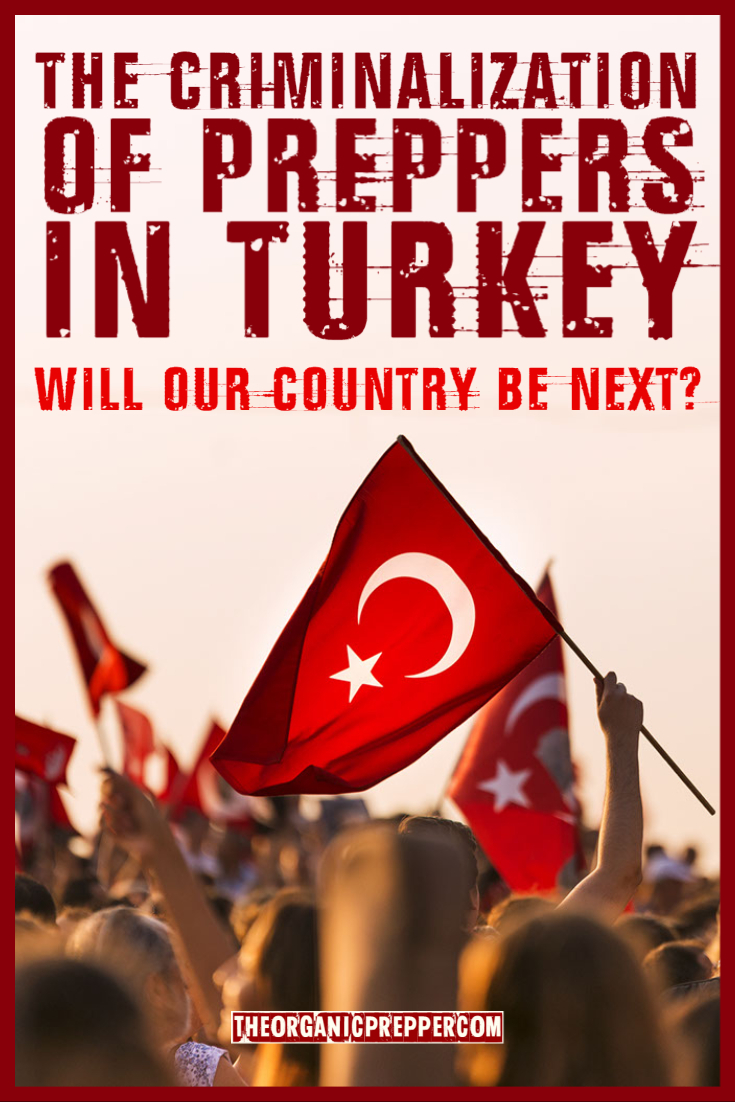