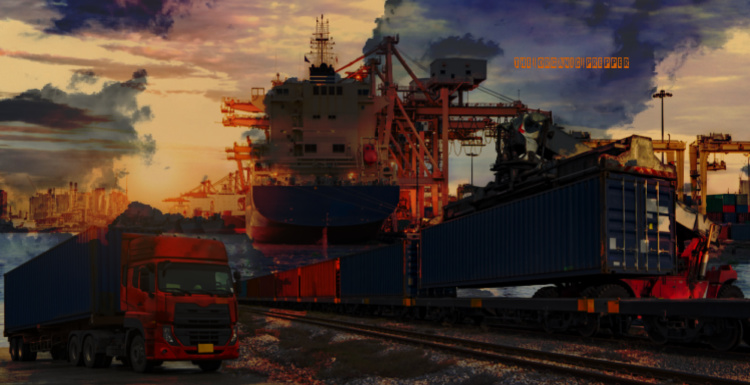 As Americans face empty shelves across the country, skyrocketing prices on everything, and a constant worker shortage, it’s impossible to ignore – the supply chain crunch is here. And it isn’t getting any better as a perfect storm gathers to decimate our inventory of goods.

Consider this: China is the world’s biggest trading nation. Anything they do market-wise reverberates throughout the world. Who is America’s largest trade partner? China. What happens when China decides to shut down some of its ports? Americans feel the crunch.

This is what has just happened, as China has shut down the busiest port in the world by shipping volume – the city of Ningbo. In addition, the port of Tianjin has also been locked down, with many people being completely barred from leaving their homes at all.

These aren’t the only cities in China which have been locked down – Xi’an has as well (where there’s recently been an outbreak of hemorrhagic fever) – but they are both major ports.

Currently, sailing schedules within China are delayed by a week, and cargo ships are being forced to divert to Shanghai with hopes of loading and offloading their cargo. We’ve discussed before here at TOP how there have been serious cargo ship holdups off of the Pacific Coast here in America. And this is most certainly a major problem. Cargo ships carry massive amounts of goods.

And then there are the trains.

Not only can we not get products into or out of these United States. Now, we’re having a difficult time transporting it about our own land as well.

This past October, 2021, one of America’s largest railroads, Union Pacific, began a legal battle with its union workers over Biden’s jab mandate. The CEO of Union Pacific wanted to force this mandate upon his workers, and in return, they threatened to strike.

It was then on October 15, 2021, that Union Pacific filed a lawsuit against the International Association of Sheet Metal, Air, Railroad, and Transportation Workers (SMART) – Transportation Division. Union Pacific asked the federal judge presiding over the case to find SMART guilty of violating federal labor law.

As of January 13, these workers, as well as others from other train-related unions have begun steps to go on strike. A recent attendance policy change has proven to be the final straw, and now, The Brotherhood of Locomotive Engineers and Trainmen, which contains 17,000 members, and the BNSF have also joined the fray, with threats of strike.

According to President Ferguson and Pierce of the BNSF, “This new attendance policy may be the tipping point for what may be the ‘great railroad resignation.’”

BNSF pointed out that this movement is a trend as well. They stated, “As is the growing trend among all major rail carriers, the working conditions at BNSF have deteriorated to the point that there are many tenured employees leaving the railroad industry because they can no longer tolerate the treatment that they must endure on a daily basis.” [source]

The supply chain crunch extends to the trucks.

Not only do we have a container ship problem, but logistics workers are leaving their jobs. But perhaps we can rely on the truckers? Well, it appears that this industry currently has its own set of problems.

As of October 2021, there was an estimated 80,000 trucking positions that needed to be filled within America, a record high. Trucking companies are not able to find the drivers they need, and the product isn’t getting shipped quickly as a result.

This is even affecting the packages which should show up at your doorstep. USPS has pointed out that there is a shortage of mail carriers nationwide.

FedEx has seen similar staffing shortages, to the extent that they recently experienced a $470 million dollar loss. Things have actually gotten so bad for FedEx that they’re forced to reroute approximately 600,000 packages a day due to their labor shortage.

When cargo ships can’t unload at port, when trains aren’t showing up to the station, when there’s nobody to drive the trucks or deliver the packages, can we say anything other than that the supply chain crunch is already here?

And it’s not just logistics. It’s shop workers as well.

What happens if you own a small grocery store but can’t find anybody to put your produce on the shelves in time? What happens if your ground beef is left too long out of refrigeration because you were too busy stacking lettuce? You’ve likely felt the end-results of these staffing shortages at restaurants of late. Has the service recently grown incomparable to how it was even a year ago?

People are quitting in record droves. Washington recently lost 3% of its state labor force within a single day. America now has two consecutive months of record high quitting rates. From March to September 2021, we saw quits increase by 24.3%. Colorado recently broke its record for most number of employees quitting. (It appears people hate tyranny.)

This supply chain crunch is going to affect your daily life on a very personal level.

You need to get your preps in order now. This is a downward spiral.

If your business needs product that comes from overseas, do you have plenty of it in stock? If the medicines you need come from far away, have you built up your supplies to outride any “buffering” time? Do you have enough food to keep your family fed until you can get more?

It’s currently impossible to get chicken wings at any of the restaurants in my area. Gas is high, and food prices are rising. Have you prepared for this? Have you built your American Free Market Network?

The world is going the way of John Galt and things are getting crazy.

Please, get your preps in order. You’re going to need them.

Check out our free QUICKSTART Guide on where to begin. Then, read this book.

Are you prepared for the supply chain disaster?

How are you preparing for the perfect storm surrounding the supply chain? Do you have any tips to share with other readers? Let’s discuss it in the comments.