Here’s What We Know About the Beliefs of Elon Musk 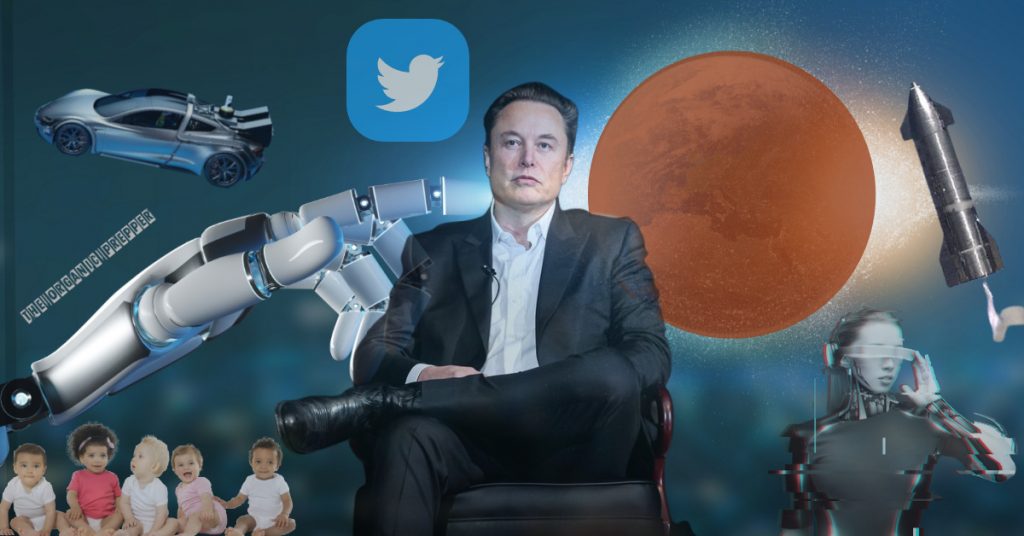 By the author of What School Should Have Taught You and The Prepper’s Guide to Post-Disaster Communications.

There’s a lot of fanfare going on regarding Elon Musk at the moment. I figured this would be a good time to take a look at a bit of his track record and what he supports.

There’s a lot of hubbub at the moment about how now that Elon Musk owns Twitter, that those silenced will now be able to speak on social media once more. He laid off a few thousand of the old censorship people and got rid of the ridiculousness here, meaning that Twitter may very well once more be a reputable form of social media.

It looks like he’s working to remove the thousands of bots that all say the same thing (conveniently pushing a Marxist agenda) as well.

For all of this, I say Elon gets a solid plus.

“With artificial intelligence, we are summoning the demon,” Musk has said. He also says AI is “Potentially more dangerous than nukes.”

I would agree with him on both of these being potential threats. (Superintelligence does a very good job of outlining the way these threats could occur.) I don’t think that AI will reach the levels of danger that Musk is concerned about, but I definitely think it’s a potential threat.

For at least being plugged into reality here, I would say this is a plus.

When he first unveiled his chip brain implant, the Neuralink, Musk advertised it as being “like a Fitbit in your skull,” also saying that this would be a means by which paralyzed people would be able to regain mobility in their limbs.

Fitbit has been at the center of a number of public conversations regarding personal information and privacy, and the conversation most certainly could be considered applicable to Neuralink as well.

Would data be harvested? What would be done with brainwave data? Could you be hacked? A lot of people are asking these questions right now.

Musk also says this would be a way for chipped individuals to release serotonin on demand. Would this create a new generation of chipped drug addicts? If one could release dopamine on demand, would they soon do nothing else?

He’s also said that one of the main motivations for Neuralink is to allow humanity to be able to defend itself better against a sentient AI. The question then remains: if you are faced against a sentient AI – something that is built of code, capable of millions of calculations/second, and very good at coding – do you want a piece of hardware inside your head with access to your brain that is based on code?

The medical uses here, I think, are good. The desire to get people more connected to computers, though? I don’t like that one bit.

This is supposed to be a 5’8”, 125-pound humanoid robot that is tasked with “dangerous, repetitive, boring tasks.” Could soldiering or policing be considered a dangerous task?

Musk is also known for having said that people may soon be able to transfer their “brain capacities into humanoid robots.” This isn’t necessarily an endorsement of this Ray Kurzweillian idea, but working towards that ability in regard to the creation of Optimus may be of concern to some.

(Do you know what the four levels of disasters are? Check out our free QUICKSTART Guide to learn more.)

Musk admits that he is greatly concerned with plummeting birth rates in the world and that civilization will crumble unless more babies are born. He’s said, “Most people in the world are operating under the false impression that we’ve got too many people. This is not true. The birth rate has been dropping like crazy.”

So, it’s nice to know he doesn’t like the idea of depopulation.

Musk believes that keeping nuclear power plants open, and reopening shuttered ones, is essential to nations being able to produce plenty of energy. In particular, he seemed to indicate that this would be a way for Germany to avoid being under the control of Putin (Russia provided all German gas essentially).

If you like nuclear power, this is a plus.

This is very much an Agenda 21 type of deal, where Elon thinks it’s a great idea to tax you and me for the amount of carbon that we “consume.”

Back in 2015, Musk said that the way to fight “climate change” was to “talk to your politicians, ask them to enact a carbon tax.”

Also, is there a conflict of interest when the person that wants to make it more expensive to drive your car conveniently happens to sell electric vehicles – the Tesla? Is this special interest lobbying?

I consider this one more of a quirk than anything else. Elon owns SpaceX, a space exploration company that seems to have done quite a bit more than NASA in recent years. His ultimate goal? Colonizing Mars.

The reason he wants to do this doesn’t seem to be so much the mountaineer’s spirit of “because it’s there,” but instead the fear that humanity on earth is going to be destroyed, so we need a backup location. His fears seem to be that either climate change or nuclear war will destroy life on earth – or at the least, severely hinder it. However, Musk has also said that humanity will “solve the climate issue,” so who knows what he really thinks. Perhaps he views space colonization as the solution.

Back and forth with Musk

It can be somewhat hard to get a grasp on Musk. Hopefully, the above will help you to gain a better grip on what it is that he really believes and stands for, though.

What are your thoughts? Are there other factors to consider we didn’t discuss above? Are you a supporter of Elon Musk or not a fan? Let us know in the comment section below.