Why You Should Add a Sniper’s Veil to Your Kit 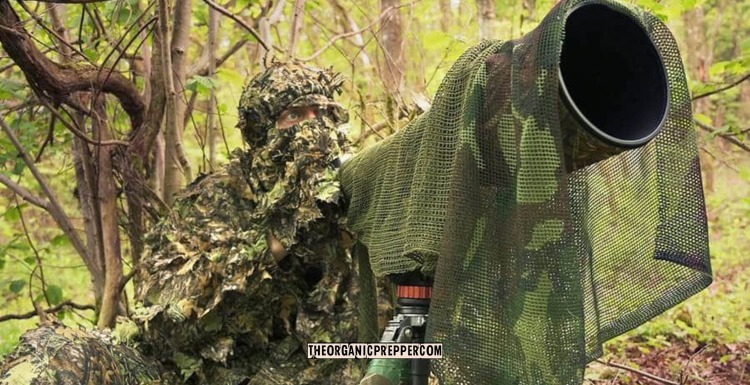 Price-wise, that’s pretty hard to beat. A brand-new, full camo getup can often set one back upwards of $120. And though I’ve previously discussed a low-cost alternative using UCP military surplus camo, a sniper’s veil may be a much easier (and faster) alternative to turn to.

Can a sniper’s veil hide a person?

The most obvious use of a sniper’s veil is to conceal a person. Within war, sniper’s use this piece of equipment draped over their head and body to stay hidden as they scope out the battleground.

For the prepper, think of an event as illustrated in Cormac McCarthy’s The Road (an excellent book, by the way), where cannibals are looking for the father and his son. If one finds themselves in a similar situation where hiding is a necessity, a full camo outfit isn’t available, a sniper’s veil can serve as a potent tool. 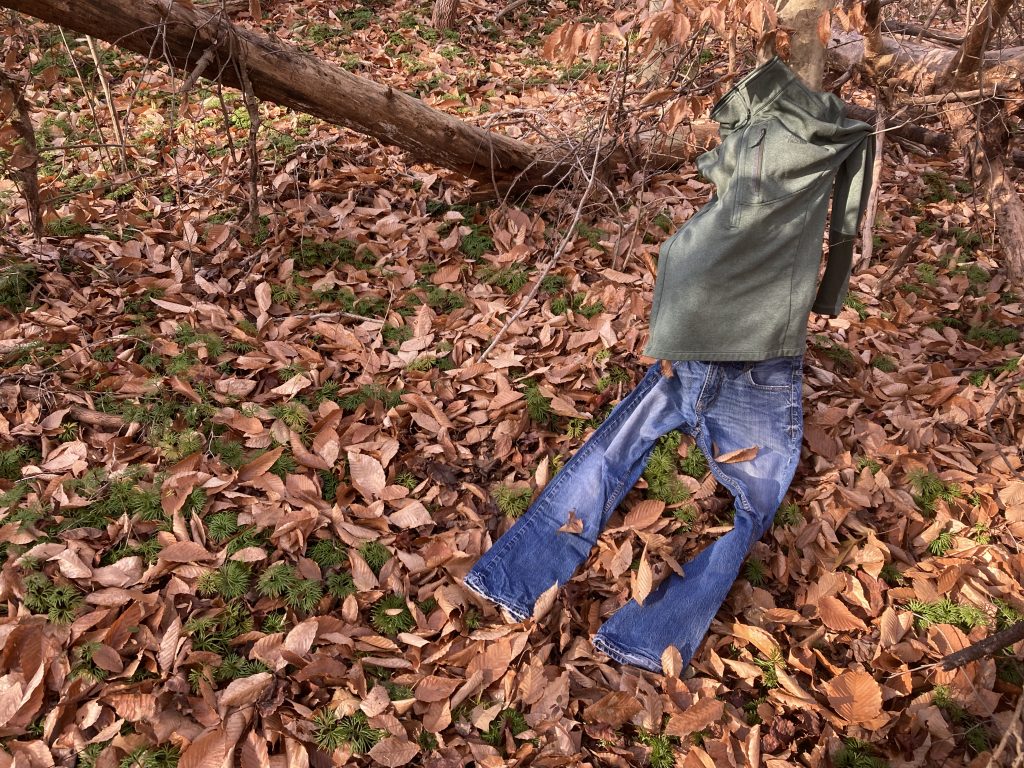 Blue jeans are a common staple of American clothing, and it’s not unlikely one would be wearing a pair when The Event takes place. (Yeah, yeah, ‘cotton kills.’ I know.) One of the bad things about blue jeans though is that they don’t blend in with just about any terrestrial environment in nature.

As you can see, Mr. Diet is readily visible for whatever hungry cannibals may be looking for him. 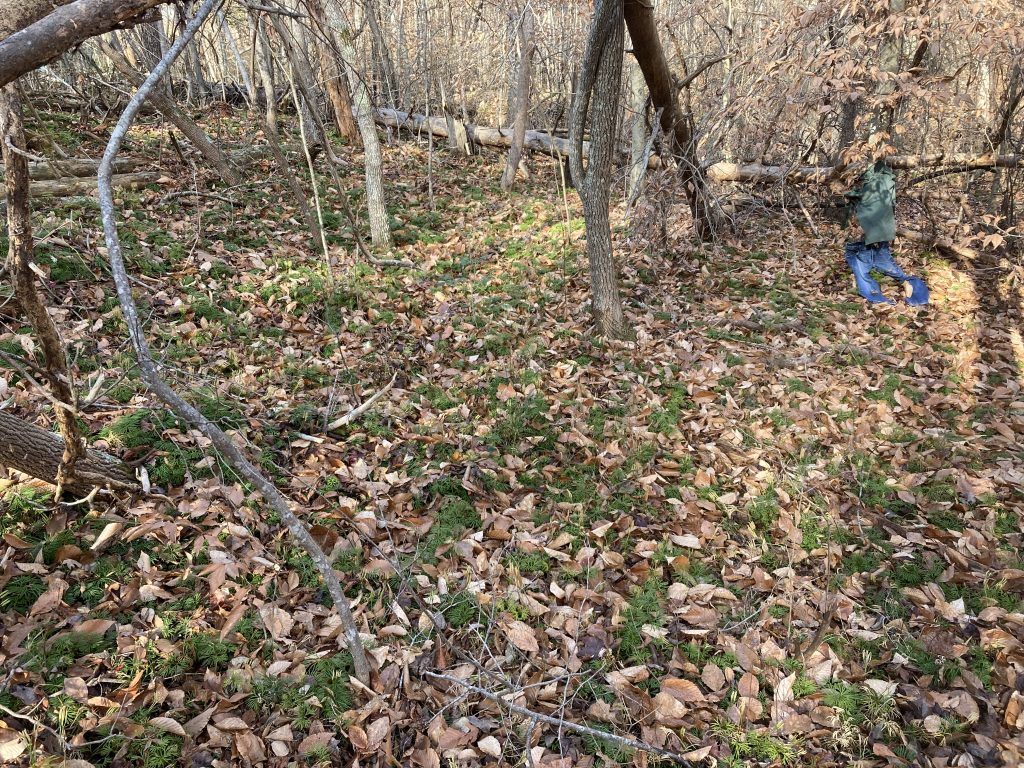 But what if Mr. Diet has a sniper’s veil he picked up at a pre-positioned cache along the way, stowed in his EDC kit, had in his BOB, etc. If Mr. Diet had done this, check out how well he can disappear… 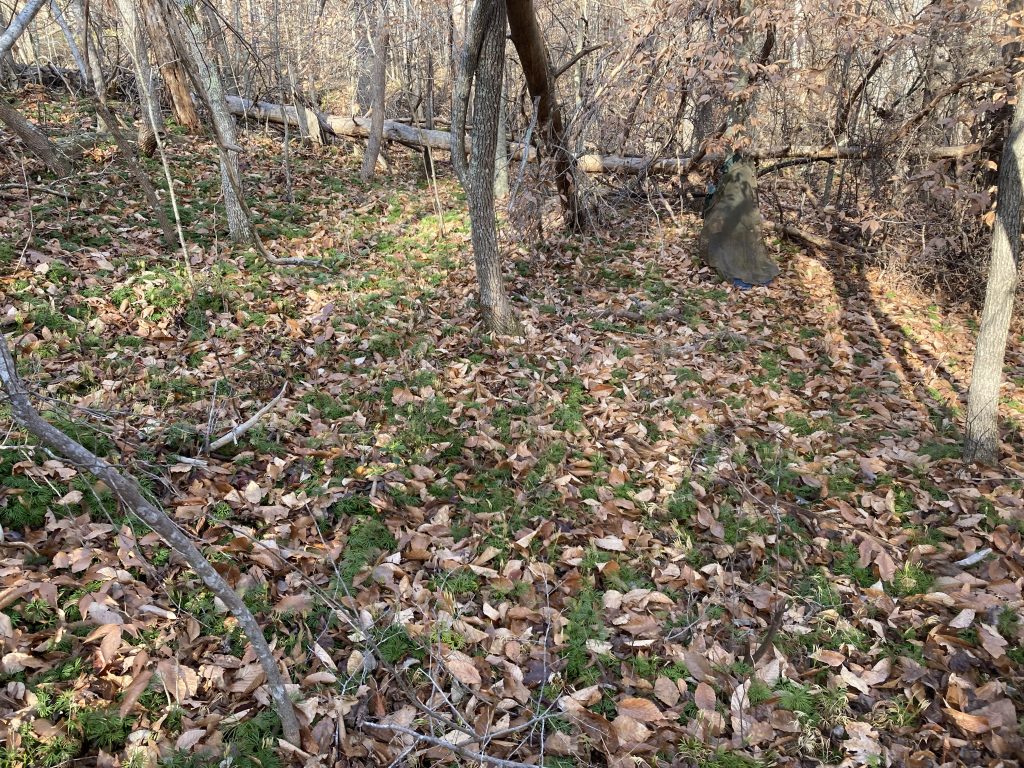 Using a sniper’s veil as an ad hoc pack camo.

One of the more exciting prospects for a sniper’s veil – I think – is the means by which it can help to camouflage a pack. Everybody already knows about the importance of being the gray man, especially post-disaster.

We’ve covered the very real threat of an EMP many times here at The Organic Prepper, and this very well could necessitate TLWH (The Long Walk Home). If you’re going to be traversing the woods and streams of your area as you seek to make the trek back to your house, you very well may be facing a dilemma: tactical bags offer the best concealment (and often the best design), but they stick out like a sore thumb during “normal” times.

Going in and out of work every day with a Multicam assault pack is not going to help you blend in. Don’t get me wrong, I have a pack like this, but it’s not part of my EDC kit.

You’re going to want to stick with a more “normal” design that doesn’t garner as much attention for everyday use. The problem is that these offer little to no camouflage. 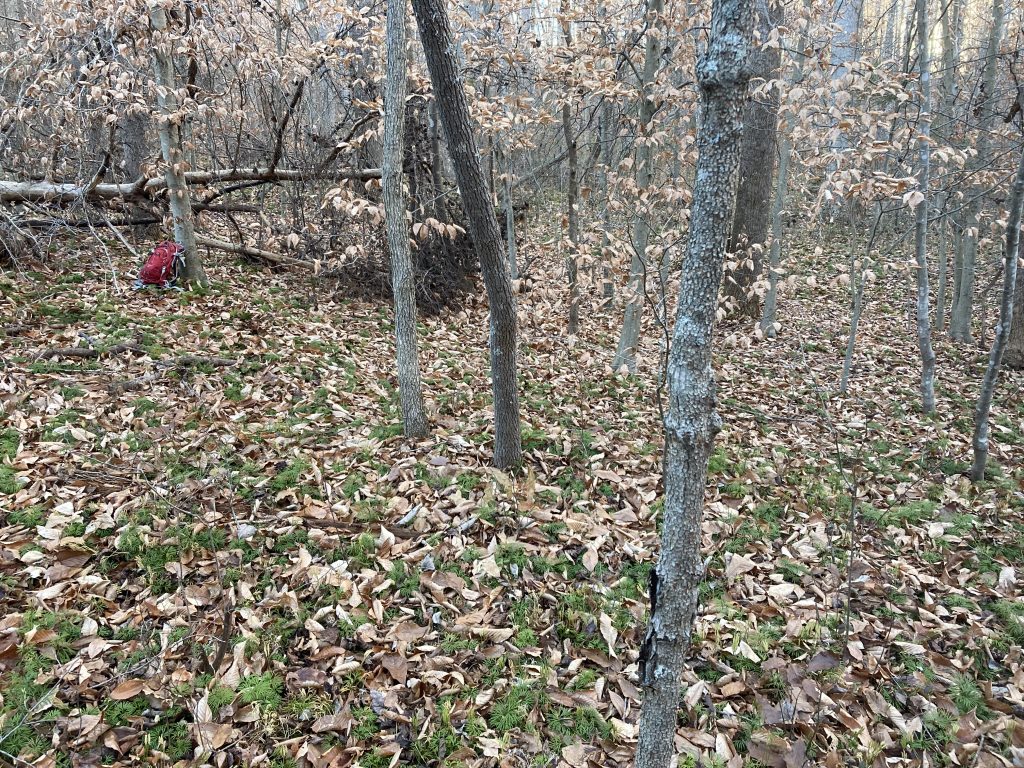 Osprey makes awesome packs, but they are typically very bright colors. If you head out into the woods with one of these, anybody within the nearby vicinity is going to be able to see it.

But look what happens if you drape a sniper’s veil over the top of it. The bag virtually disappears. 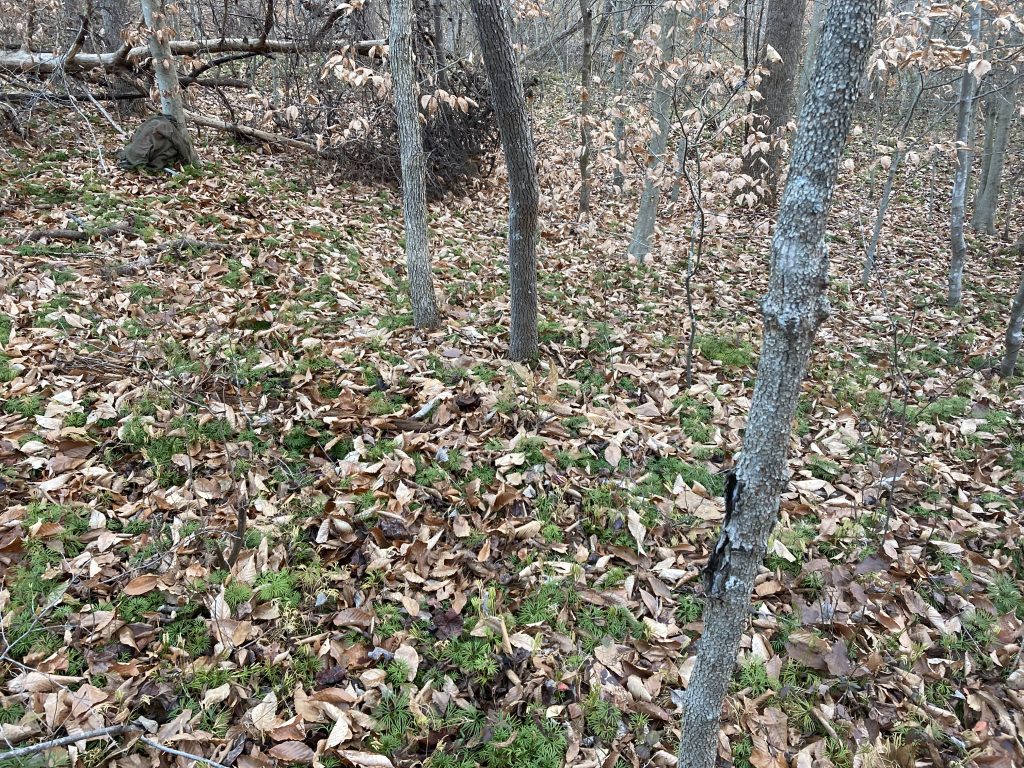 This means for all of $20 you can have a convenient and lightweight means of bag camo within your bag at all times. That’s pretty cool.

A sniper’s veil as a shelter camouflage?

Let’s say that you’re forced to run out in the woods and you’re planning on using a tarp as your primary means of shelter. You may end up crafting a lean-to design such as this. 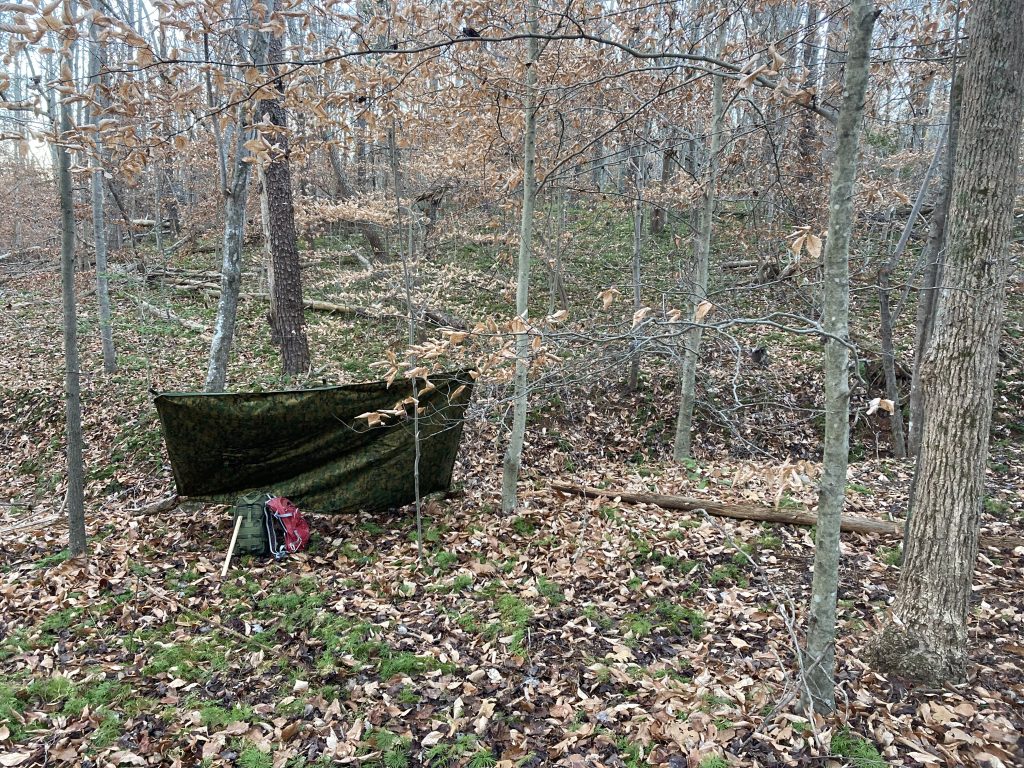 Even though I’m using a digital camo tarp for my shelter here, you can still see that there are some very definitive sharp lines when one approaches from the sides that are readily visible.

If anything, this draws the eye’s attention towards the shelter – not what we want. Even if you use an A-frame design, you’re still going to have these clearly defined, sharp angles. 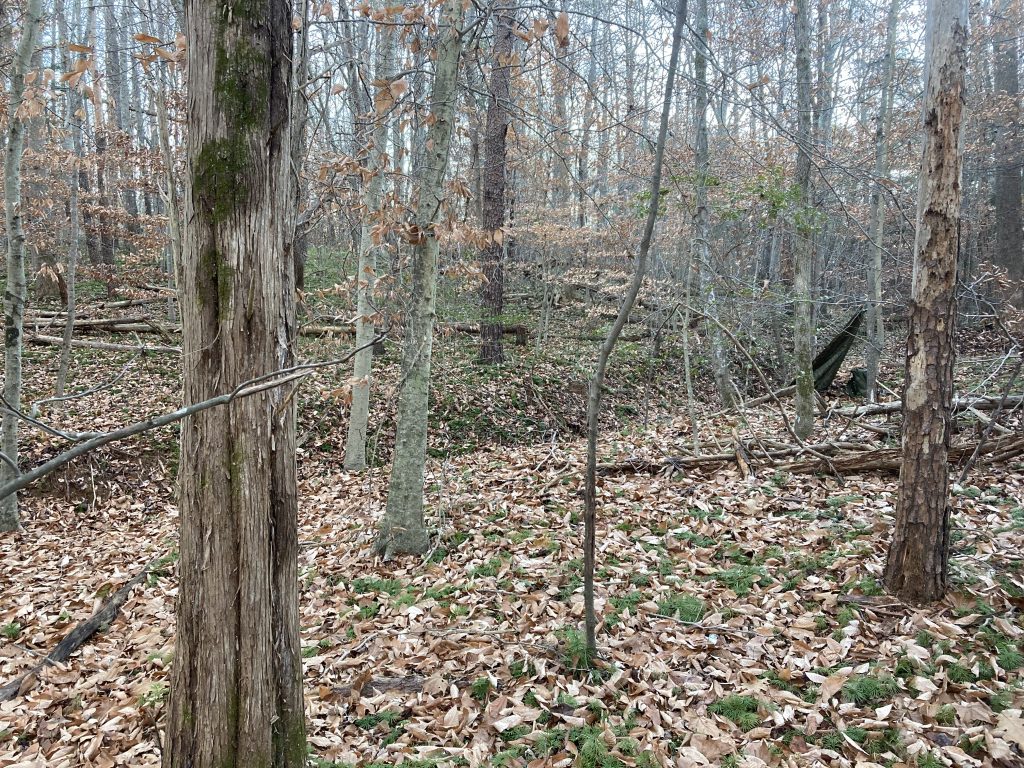 This is where a $20 sniper’s veil can once more prove of use.

By attaching the sniper’s veil between the edge of the tarp and a nearby tree it obscures the sharp angles seen from the side of the shelter, better hiding both the occupants and the shelter itself. 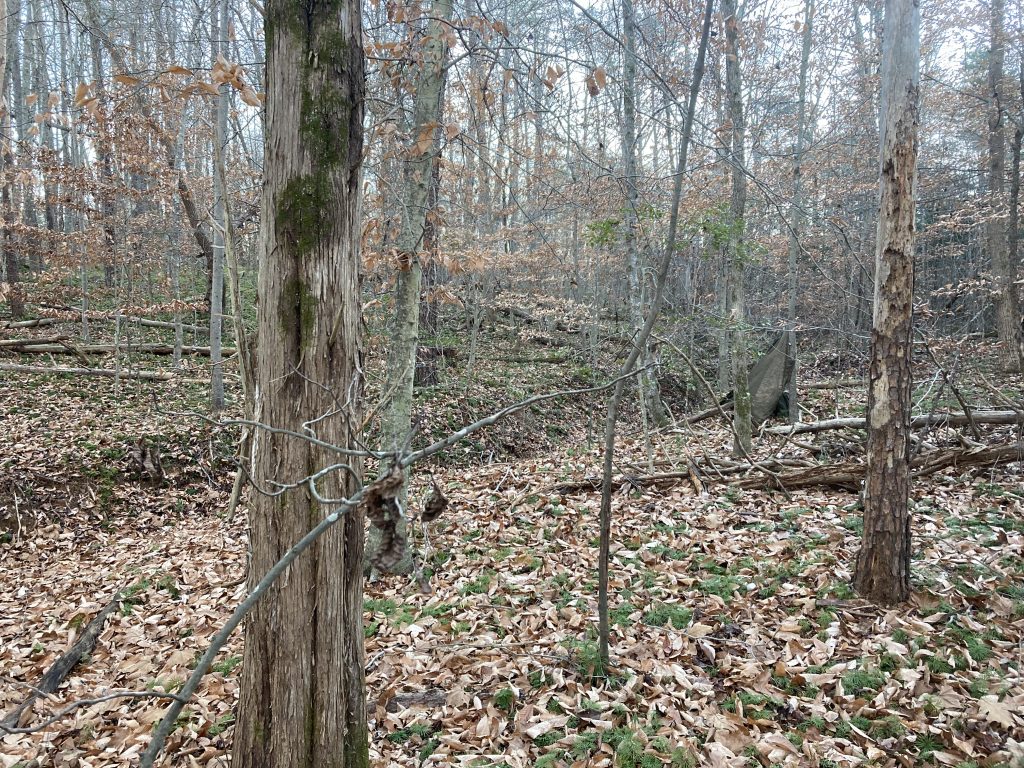 In a perfect world, The Event would take place while you’re at home with your family, everybody has fully matching quality camo gear, and everybody can get suited up in A-TACS FG before it becomes time to bug out.

Good luck with all that.

Disaster in reality is likely to look like you’re being in the office when the doo doo hits the fan and you’re having to make do with what’s on your person/maybe in your vehicle. It’s for these types of situations – reality – that a sniper’s veil can serve as a functional and efficient piece of kit.

But what are your thoughts on all this? Are there other uses for a sniper’s veil – potential modifications – that we didn’t cover above? Let us and your fellow readers know in the comments below! 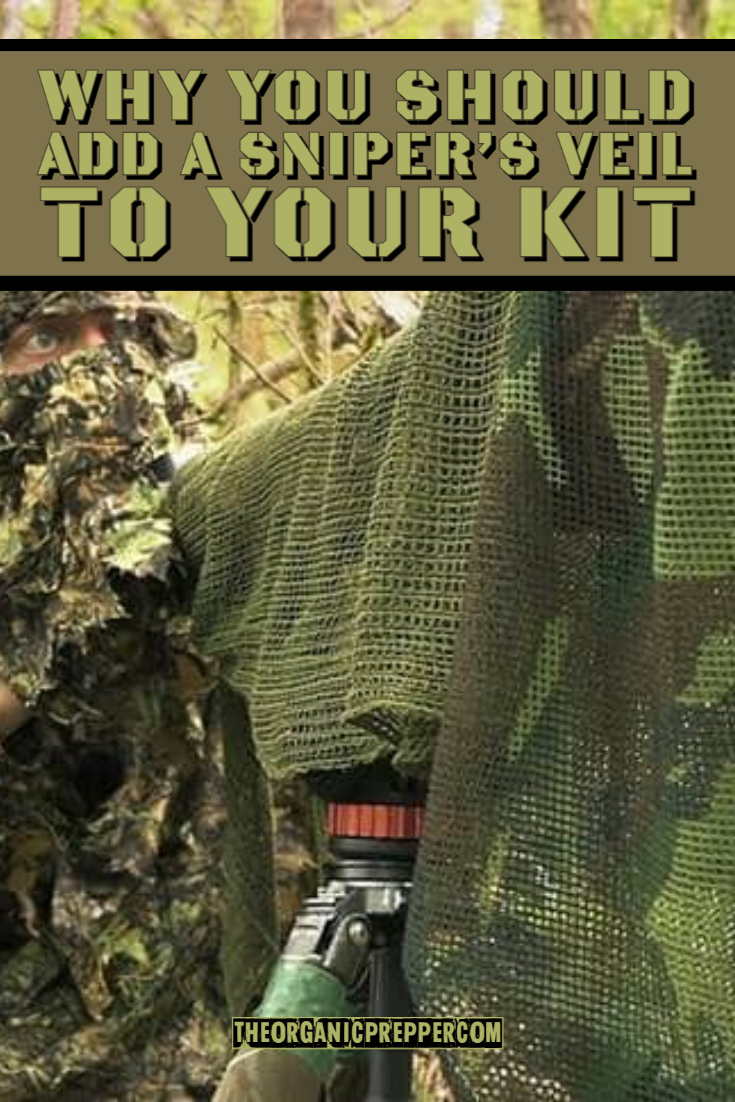