Why Isn’t the US Preparing for EMP War Like the Rest of the World? 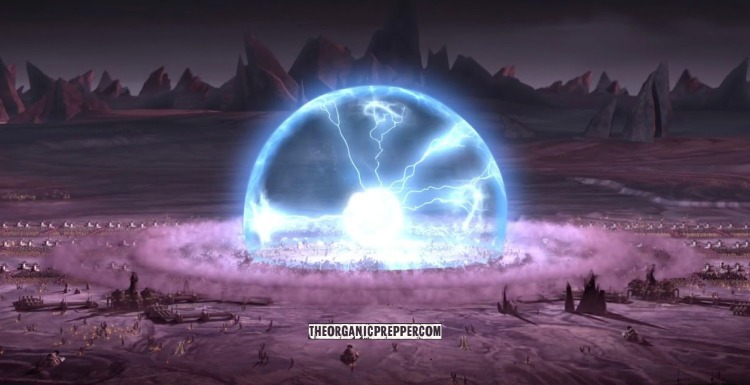 You’re likely already familiar with the 2009 EMP Commission Report. It was this report that raised the issue of EMP-preparedness for the American public. It’s notorious stating that just one year after an EMP attack, 90% of the American population would be dead, caused alarm throughout multiple sectors of society.

Books began to be written on the subject. Sales of Tedd Koppel’s Lights Out, Forstchen’s One Second After, and Crawford’s Lights Out quickly reached blockbuster levels. And while I believe that these books (and that report) brought the issue of an electromagnetic pulse to light for Americans, I don’t believe it showed Americans just how real of a threat it is.

To truly understand just how very real of a risk this is, I believe all we have to do is look at the battle plans of some of the nations that hate America most.

**Non-Contact Warfare was the name of Russian General Vladimir Slipchenko’s military textbook. Within this text, he explains how EMPs are the greatest revolution in military affairs in history. According to Slipchenko, the possession of an EMP renders an enemy’s armies, navies, and air forces completely obsolete, and it’s hard to argue with him there.

If you can’t get your missile defense systems online, if your tanks won’t run, if your planes have all just fallen out of the sky, you’re kind of screwed, aren’t you?

The flagship journal of the Russian General Staff, Military Thought, further echoes this concept. An article within the journal titled “Weak Points of the US Concept of Network-Centric Warfare” specifically points out the use of an EMP as a possible means of defeating the US.

Aside from the concern that comes from foreign military journals, specifically hatching battle plans against your country, Russia now possesses what is known as a “Super-EMP.” A weapon of drastically increased pulse amplitude capable of disabling spacecraft, radar sites, ICBMs, energy supply systems, military command systems, and economies as well.

And to top things off, it’s designed as a first-strike weapon—just food for thought. As of 2017, the US had no Super EMPs (that the public was aware of).

Things are no different here. EMP capabilities, theory, and defenses seem to be going relatively fast here, just like Russia.

In the PLA textbook The Third World War – Total Information Warfare, author Shen Weiguang notes the importance of developing China’s EMP defenses to neutralize and check the US if needed.

Other Chinese military journal articles specifically state that the US “is more vulnerable than any other country in the world” to EMP attacks. I believe that this singling out of Americans should cause eyebrows to be raised.

In Iran, not only are EMP attacks fully endorsed but battle plans for their use are being drawn up as well. Military textbook Passive Defense – published in 2010 – echoes Russian General Slipchenko’s ideas on EM. **Former Director of the CIA, James Woolsey, points out that “Tehran’s military is planning to be able to make a nuclear EMP attack…”

Woolsey goes on to say, “Passive Defense and other Iranian military writings are well aware that nuclear EMP attack is the most efficient way of killing people, through secondary effects, over the long run. The rationale appears to be that people starve to death, not because of EMP, but because they live in materialistic societies dependent upon modern technology.”

Another Iranian military journal, in an article titled “Electronics to Determine Fate of Future Wars,” notes that the key to defeating the United States is through an EMP attack. The article goes on to say, “if the world’s industrial countries fail to devise effective ways to defend themselves against dangerous electronic assaults, then they will disintegrate within a few years….American soldiers would not be able to find food to eat nor would they be able to fire a single shot.”

What I will expressly state is that Iran is gearing up for the capability of doing such. **We know that they’ve reportedly attempted to purchase radiofrequency weapons from Russia, that the Iranian news agency MEHR reported Iran is protecting itself against EMP attack. Ambassador Henry Cooper, former Director of the Strategic Defense Initiative, has also warned that some Iranian satellite launches appear to be practice for such an attack against the US.

Our next nation on this list seems to have taken things just a bit further, though.

What did you expect? Of course, they would make this list!

**On April 9, 2013, North Korea’s KMS-3 satellite orbited the US at the perfect trajectory to evade US early warning radars and National Missile Defenses. And all while at the ideal altitude and location to launch an EMP field over the continental US.

**On April 16, 2013, they did it again – this time orbiting the satellite over the DC-NYC corridor. If an EMP had been activated, we would have lost the entire Eastern Grid, where 75% of US electricity comes from. On that very same day, unknown parties used Ak-47s to attack the Metcalf transformer substation that services Silicon Valley as well.

In July of 2013, a North Korean freighter was found in the Panama Canal after passing through the Gulf of Mexico with SA-2 missiles mounted on their launchers hidden under bags of sugar. While the missiles weren’t armed at the time, they were of the type that could very easily have been used to execute an anonymous EMP attack via offshore freighter.

At a House hearing October 12, 2017, experts warned members of Congress that a North Korean EMP attack could kill 90% of Americans within one year, calling it an “existential threat.”

What about in the states?

While electric power lobbyists are fighting against EMP protection of the US grid in Washington, it seems like the rest of the world is doing the opposite. This doesn’t seem to make much sense from a self-preservation standpoint, does it?

However, it’s not all bad news.

Whether you like him or not – Donald Trump seems to have been the first president in years to have done anything to better prepare the USA against an EMP attack.

On October 13, 2016, Obama signed Executive Order 13744 – Coordinating Efforts to Prepare the Nation for Space Weather Events. While this was most certainly not directed towards EMP preparedness, the fact of the matter is that space weather and EMP preparedness often overlap.

A few short years later, on March 26, 2019, Trump signed Executive Order 13865 – Coordinating National Resilience to Electromagnetic Pulses. It was here that EMP-preparedness seemed to become a priority of the US military. Shortly after this EO was given, the Department of Homeland Security began investigated research-proven techniques to better protect critical American infrastructure against EMP attack. (Likely the most significant step that the US government has taken to date to defend itself against an EMP.)

So while the US has taken some steps to better research what we can do to protect ourselves against EMP, it doesn’t appear as if we’re anywhere near as ready as many other nations worldwide are – particularly those who would love to see America fall.

What conclusions can we draw from such? I’ll leave that up to you to decide, but just know, for the moment, it looks as if we’re showing up to a fight empty-handed.

Daisy wrote a piece, How to Make a Faraday Cage in 4 Easy Steps, you may find useful. There is information on what a faraday cage is for and why you may need one.

What are your thoughts on EMP? Have you been paying attention to what’s being done in this field? Let us know in the comments below!

**NOTE: All of the above information is readily available by reading EMP expert Dr. Pry’s 2017 Report to the Commission to Assess the Threat to the United States from Electromagnetic Pulse (EMP) Attack. It’s a more extended file, but it’s in the public domain, and you can easily access it HERE. I believe it’s well worth the read. For those seeking more references to the subject, you can find that HERE.