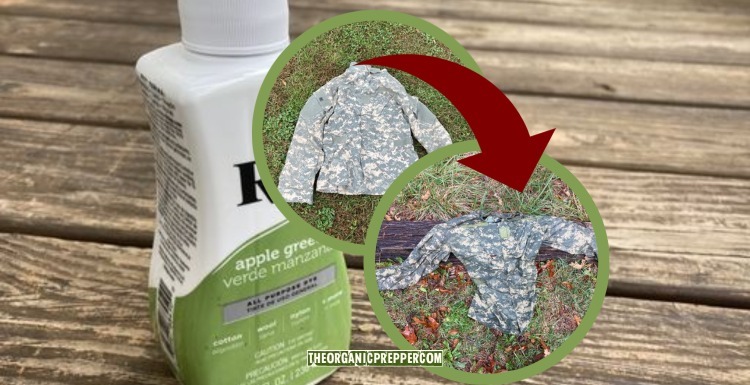 Have you ever opened up the latest hunting catalog that came in the mail and drooled over the camouflage options available? Yet you found yourself taken aback by the prices? If so, I will show you a way to make yourself a complete camouflage outfit for all of $10.

For starters, let’s talk about the Army.

Soldiers in Afghanistan were often afraid of wearing the stuff. It was such a stupid design. You lit up like a Christmas tree while you were outside. It doesn’t blend in with anything. Thankfully, the Army eventually realized its mistake here and went on to release a new design.

However, what ended up happening is that military surplus stores throughout the nation became flooded with UCP clothing, pouches, web gear, and the like that nobody wanted. Why buy something that may as well be bright orange? As such, military surplus stores practically give this stuff away. I’m going to show you how to make UCP into an actual usable design.

Here’s how you do it

Step 1: Pick Up Your UCP Clothing: I visited my local military surplus store, where two large bins were full of UCP shirts and pants. (The other surplus camo patterns were selling for $25+/article of clothing. The UCP items were selling for $4. I picked up a shirt.) Notice how it doesn’t blend in with anything here. If they had switched to a darker palette, then we would have had a workable design.

Step 2: Go to Joann Fabrics and Buy Apple Green Dye: Really, it doesn’t have to be apple green. I’m interested in seeing how a brown or darker forest green would work as well. That’s something I may play around with in the future.

Step 3: Get Your Other Supplies Ready: You’re going to need a 5-gallon bucket, some hot water, a teaspoon of laundry detergent, and a cup of salt. I poured three kettles of whistling hot water into the bucket, filled it up with a bit of cold water, and mixed in my salt and laundry detergent with a large stick.

Step 4: Pour In Your Dye: The amount you’re going to need here will depend on how much clothing you’re attempting to dye. All I’m doing here is a shirt, so half of the bottle of dye should be fine. The directions on the bottle state that larger loads may require the whole bottle. The directions also state that pouring in the whole bottle in our case would result in a darker/more vibrant color. I still chose to go with half the bottle first. If I don’t like how things look, I’ll come back later and repeat the process.

After you pour in your dye and stir the mixture, dunk in your shirt.

Step 5: Stir for 30-60 Minutes: The directions on the bottle state that more extended periods result in darker coloring. After half an hour passed, I still wasn’t where I wanted to be. So I stirred the mixture for a total of 40 minutes.

You can see the final product in the third image.

And that is it!

I’m definitely going to wash this by itself a time or two to eliminate any green stain from getting onto my other clothes. But I think it worked out pretty well. After I finished, I decided to do a couple of tests with the camo. See what you think.

See if you can find the camo shirt in the gallery below.

My final thoughts on this DIY project

The tests were what blew me away with this. I spent a grand total of $9 here and got a fully functional camo shirt out of it. I could easily get a pair of matching pants now for the same price. This is pretty cool when considering the cost of complete camo outfits at Bass Pro or other patterns at military surplus stores.

The only thing I may change is I may go back and dye the shirt with the remaining fluid I have in the Rit bottle to see what happens. I think the camo does pretty well already, but I want to know if it could be even better.

What are your thoughts? Do you think this is a functional piece of equipment? Are there other colors you think it’s worth looking into? Let me know in the comments below! 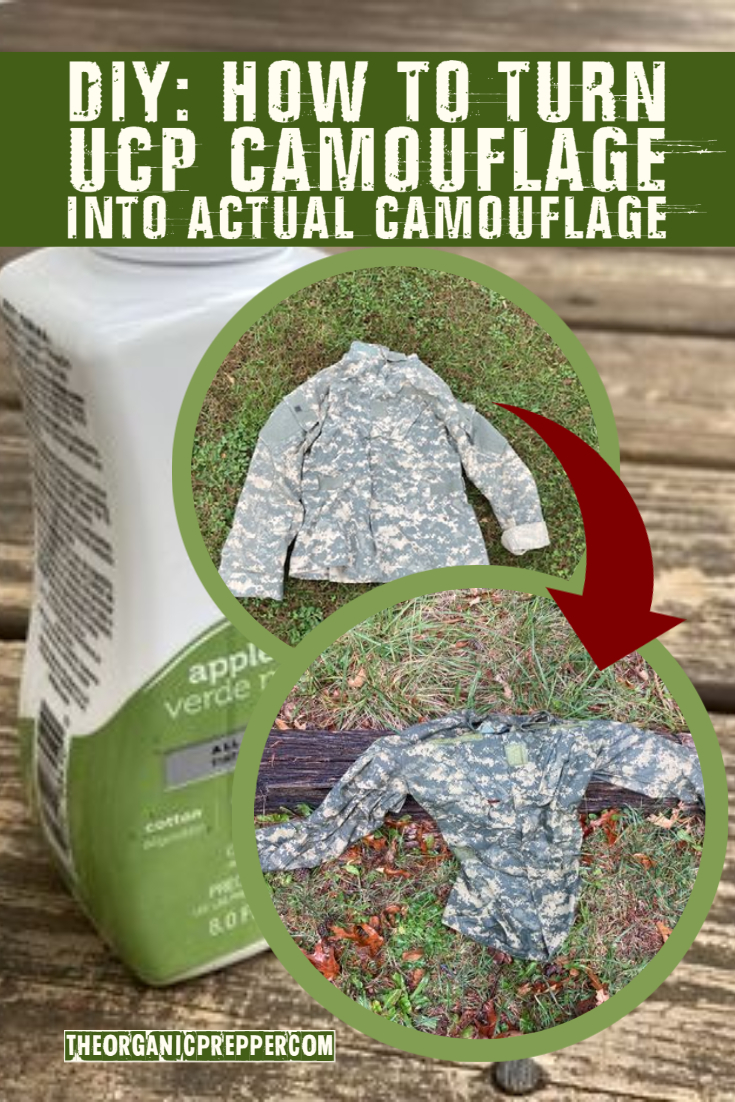