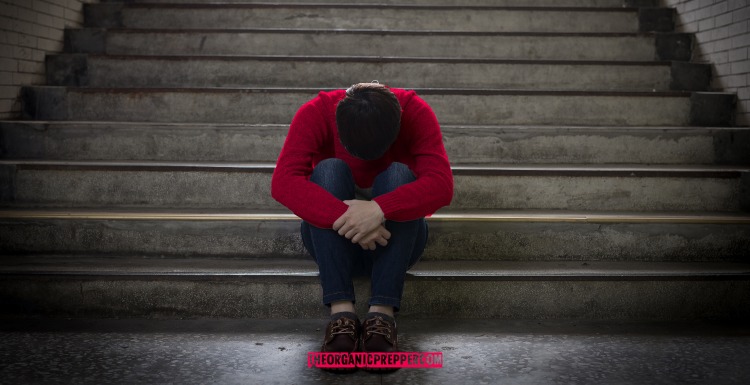 It seems that we entered into times when there are wars and diseases kind of speeding up around us, which also might bring times of food distribution problems, or if I want to sound dramatic, famine. Today, I want take look not at Mr. Roger’s neighborhood, but my, Selco’s neighborhood.

Also, all of us, no matter where we are living, are kind of brought back into times when nuclear war was real and probable danger, and when we as kids had classes how to “protect” ourselves from the blast.

One could say that there were always wars (and rumors about it), famines, strange diseases somewhere in the world, all way through human history. I agree, but I also think we are speeding up there, and we live now in a world where lot of things can happen in 12 hours. Wars can start, countries actually can be destroyed in that time. The modern world is simply too small a place for events like this. It affects everyone.

I am writing this article influenced by local and world news, and under the influence of folks feeling, common folks that I see and talk with every day, so it is without particular order, just things that I see and feel around me.

People who went through the war will never be the same, and not in good way.

Seeing people surviving in bombarded cities bring back bad memories, and no matter how far the world went in some fields in the last 30 years, it is still the same. There is only you in the middle of all that hell in that city, fighting…no matter how fast the internet worldwide is, how many times news about killed civilians was shared, how many people are sorry because of your situation, and how united the world is (or not)-it all comes back to you and how well you are prepared to defend yourself and to survive.

At the end, it is always how tough you are.

For sure, it is hell, but it is also an event where and when people use the opportunity to get things done that are not necessarily connected with war, but can be easily done when there is war.

In every war, there are always people who are fighting for the right cause or defending their freedom AND people who do not give s..t about those things because their main objective is profit, and those people are on all sides, or they do not have side.

History deserves to be paid attention to.

I strongly believe that everything that happens did happen before in some form because history simply goes in a circle or cycles.

We actually might be living in one of those events. Events that later might be called WW3.

The big problem here is the question is there anyone going to be left to do and learn historiography and history?

There’s a run for food.

There is a run on shops, and here (locally and regionally too). It is run for food, cooking oil and flour mostly, but also any other food.

For us as preppers, there is nothing new here. You should be stocked already with all this, but it can’t hurt to restock and do more. I am doing the same.

What I cannot understand (as a prepper) is the need to brag about how much stuff you did buy, and even more to put it on social network with photos of goods that you just bought.

Folks, do not do that. If you are buying food in large quantities, you are probably buying it for a time when that food going to be scarce.

People still have to eat, even when there is not enough time, so I assure you there will be folks who will remember you and your posts and bragging about how much food you have, those folks one day will pay you a visit when situation becomes really bad.

(Get your preps in order now, and read our free QUICKSTART Guide to home canning so that you can better do that.)

So pay attention and be quiet about it.

Nobody has to know about it except your closest circle, do some common sense things:

1. Buy large quantities of food in malls not so close to your home (where workers do not know you or do not know where you live).

2. If you have to buy close then try to buy in several different shops, or use all your family members to go to different shopping “tours.”

3. When you taking your stuff from car to home, do it in a way that neighbors do not conclude that you just bought food for half a year (unload it from garage, or when night falls).

Another thing to avoid is forcing your opinion on other folks about the need to prep.

If you believe that now it is time to buy food in big quantities, trust me it is not time to persuade your six coworkers to do the same because you are smart.

Be smart and do not mention your intention, plans and preps to anybody except your (already) trusted circle (family, for example). There are times when it might be too late to work on prepping and survival with someone who do you do not know too much and in detail.

Now it is that time.

Be ahead of others.

There is nothing wrong in being prepper for years and still going to shops for food with a bunch of other scared folks.

Preferably you go there to do add more stash to your already existing stash (I did the same).

What would be great is you as a prepper can be ahead of other people, because guess why? Because you are a prepper.

So, for example, I did buy more vegetable oil few days before prices went up like 40 percent, simply because I followed and realized that price will go up in a few days.

Now, follow this example not only about food but also about other items and try to be ahead of other folks. An example could be buying a solar system that can power some of your bare necessities, like e-bike battery or do rechargeable batteries or (money is limit here) simply do research what might become scarce in your region where you are, for you as a prepper it should not be.

This is the current state of Selco’s neighborhood.

His tale is not an isolated one. You are very likely to see similar scenes in your own hometown in the very near future. Get yourself prepared. How can you do this? Are you already seeing these signs? What are your thoughts? Let us know in the comments below.