What Could the Russia-Ukraine War Mean for You? 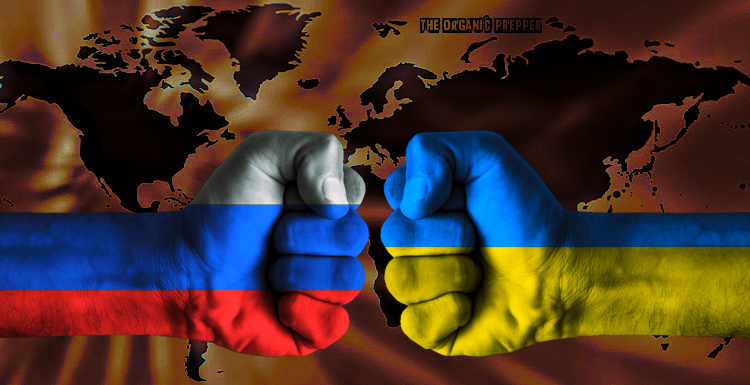 How is the Russia-Ukraine war going to impact the American? What can we see coming down the pipeline? What are the next steps of this crisis? Here is how I currently believe this is going to impact us:

For starters, let us remember that Ukraine is “The Breadbasket of Europe.” Due to a lack of personnel, farmers not planting crops, equipment being destroyed, and a number of other factors, there is likely to not be any Ukrainian harvest this year at all, or at the very least, it will be substantially reduced.

Farmers who can get an additional $2000/ton of corn by selling overseas are going to do so. Your food supply will be directly impacted as a result, further exacerbating the current supply chain problems that the United States is experiencing. This combined with the fertilizer problems we are going to face this year is a recipe for disaster.

China is likely to take Taiwan in the very near future.

This is what they’ve been waiting for. This serves as a distraction and a “justification” of sorts. We’re already seeing ramped up rhetoric here. On Thursday, nine Chinese jets were spotted in Taiwanese airspace.

Taiwan has zero chance of making it out of this alive. They will be obliterated in record time. They will be facing off against overwhelming force with nowhere to run. Your ability to get electronic goods from Taiwan will disappear, and with that comes increased wait times, prices, and shortages of electronics goods.

Europe is eventually going to have a problem getting fuel.

A great deal of Europe’s natural gas is supplied to them via pipelines which travel through Ukraine. Once Ukraine falls – and it will – this natural gas is gone. This will be used as a form of coercion to get the European Union to bow to its will, a natural consequence of nations refusing to be as energy independent as possible.

Will this in turn affect the prices of fuel in the United States? I think it is highly likely. Again, consider the law of supply and demand. If Europeans now are in desperate need of fuel, whether that be petroleum or natural gas, they are going to be willing to pay extra to get it. If OPEC can get more money per barrel to a European than they can from an American, they are going to sell to the Europeans.

We’re already seeing signs of this type of activity.

(With the average food item on your plate traveling thousands of miles to get there, you should seriously consider improving your food storage now. Read our free QUICKSTART Guide on building your pantry for help.)

The only likely possibility I see here is for this war to expand.

NATO can either respond or not respond. If they do not respond, there is going to be public outrage. In many ways, this is going to be political suicide. Politicians want to retain power, and as Brandon Smith has pointed out, I believe an enlarged war will give better results to the globalist agenda than would a contained war.

This is why I think that in some way or another, NATO is going to respond. The sanctions mean absolutely nothing. “We won’t buy your wheat,” was quickly followed up by China telling Russia that they would buy Russian wheat instead, rendering this sanction useless.

All other sanctions against Russia are nothing other than show. They will do nothing other than further enrage the bear. Once NATO responds, this will be viewed as an American action. NATO is America. We foot the bill and provide the blood. The rest of the countries involved are nothing more than parasites of American money and the security American soldiers provide. With the USA out of the equation, Europe would be ripe for the pickings.

That being said, when Washington DC responds (and it will), you’re going to see a very severe escalation of violence on American soil.

Americans have lived without fear of an attack on their own soil for so long that the idea of such is beyond belief to many.

That era is over.

As we saw with Ukraine, I think this is going to start off with cyberattacks against a very vulnerable electric grid (as has been pointed out many times before), against our banks, and against government-run websites. You will likely see acts of sabotage that are removed enough to be viewed by the sheeple as a “coincidence.” Do you remember the strange pipeline explosion that happened in Ukraine just prior to the invasion? That is the kind of action you are going to see here.

DC has already stated that they are considering three different options to respond to Russia, all of which are devastating cyberattack options. Forgive me for not understanding why one would warn one’s enemy as to how you’re going to attack ahead of time. It’s foolish. If any of these three cyberattack options listed are carried out by DC, Russia is going to respond with an increased level of force.

While I had been hesitant to paint this as a possibility in the past, I truly believe that the threat of nuclear war is higher than it ever was during The Cold War. This is something you need to start thinking about now.

Are you familiar with the Plan A simulation conducted by the Pentagon in 2019? It analyzed the political consequences of NATO expansion to close to Russia. The simulation ends with a nuclear holocaust.

Cresson Kearney has pointed out that a two-week “bunker period” is necessary to survive radioactive fallout. I highly recommend that you read his book Nuclear War Survival Skills. EMP or nuke? I don’t know, but what I do know is that you should prepare to the best of your ability for both.

There are already Russian partnerships being worked with Venezuela which you can read about HERE, HERE, and HERE. There are reasons to believe that Cuba never removed the missiles stationed there during the Cuban Missile Crisis. The Atlantic and Pacific are very nice buffers on the east and west of the USA. The soft underbelly is a point of contention, however.

There is no southern American border. While I do place a great deal of hope in Texas (Texans are pureblooded Americans and they are currently very angry) and The South, mass migration into both of these geographic regions by former blue staters has led to a woke takeover of wonderful areas. I do think this is a situation you are going to want to keep tabs on.

You are now living in a heightened state of danger. You need to live like it. Looking at the signs I’m seeing, I truly believe it will be a miracle if this war doesn’t expand. Could it happen? Absolutely. Time will tell.

There is much at stake right now.